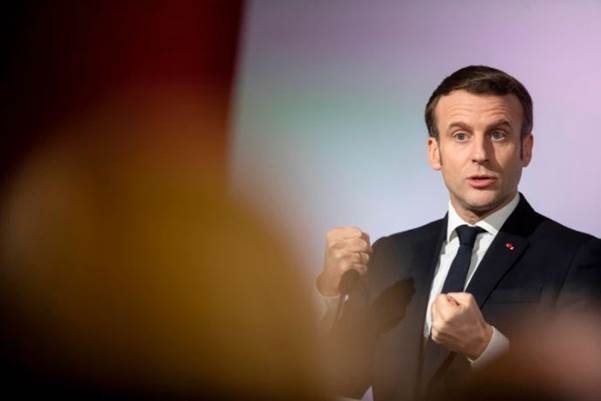 It is not the sort of thought experiment New Zealanders are encouraged to conduct in these culturally sensitive times. Even so, let’s imagine that the 2019 massacre which seared itself across New Zealand’s collective memory had not been of peaceful Muslim worshippers by a white nationalist extremist. Let’s imagine, rather, that as practically the whole of this country’s national security apparatus was anticipating, the massacre had been of Christian worshippers by an Islamic jihadist extremist.

Overnight, the ideological climate in this country would have become exceedingly hostile to the forces of progressivism. A bitter mood of “we told you so” would have settled over the nation: a mood as far removed from Jacinda Ardern’s inspired “they are us” formulation as it is possible to imagine.

Responding to the angry clamour of public opinion, the security services would have cracked down hard on the Muslim community, activating the multitude of surveillance and control measures already thoroughly tested (and strongly recommended) by their Five Eyes partners. Attacks on Muslims and their places of worship would have skyrocketed. Tragically, most New Zealanders would have struggled to summon-up much in the way of sympathy.

Certainly, the Green Party leadership would have had to think twice about exploiting the emotional turmoil arising from the massacre to launch an all-out assault of white supremacy and colonisation. The actual behaviour of Marama Davidson and Golriz Ghahraman in 2019 did the Greens few enough favours. Had an identical strategy been attempted in the circumstances of a jihadist attack, the consequences would have been politically suicidal.

The personal impact on Jacinda Ardern of a jihadist attack would, similarly, have provided a stark contrast with her actual response to the Christchurch tragedy. Rather than the empathic women in the hijab, it is likely the Prime Minister would have adopted the persona of the stern shield-maiden of the nation. Unleashing without hesitation the terrible swift sword of national retribution, she would have become New Zealanders’ avenging angel. Not so much “they are us” as “they will pay”.

In this jihadist scenario, the deep and enduring bond between the Prime Minister and New Zealand’s Muslim community following the white nationalist attack could not have been forged. Consequently, her strong personal commitment to restricting Islamophobic “hate speech” would not be there. Equally absent would be the Ardern government’s determination to rid New Zealand of automatic weapons. Indeed, this government’s unusual receptiveness towards ideas and policies aimed at suppressing right-wing extremism and curbing white privilege would not be in evidence anywhere.

Over and above its devastating impact on the faith community directly involved, the Christchurch mosque massacre also acted as the catalyst for a sharp shift towards the ideological left in New Zealand. The very opposite to what is currently unfolding in France.

Since the year 2000, France has lost more than 250 of its citizens to jihadist violence, precipitating a pronounced political repositioning within the French electorate. Repulsed by the actions of Islamic fanatics, French politicians have reasserted their nation’s strong traditions of secularism and egalitarianism. Just last week, the French National Assembly passed a law which, in addition to proscribing “Islamicism”, also requires every citizen to indicate active support the classic republican virtues of Liberty, Equality and Fraternity.

Aware of the opening which this reconstitution of political forces has provided for the Radical Right, ministers in the government of President Emmanuel Macron are indicating a wish to go further. Leading the charge is France’s Minister for Higher Education, Frédérique Vidal. In a recent television interview, she announced an investigation into “the totality of research underway in our country”. Firmly in her sights was what she calls “Islamo-leftism”.

According to Vidal, “Islamo-leftism corrupts all of society and universities are not impervious.” Unsurprisingly, French academics reacted with fury – not least because Vidal went on to accuse those involved in race and gender studies of “always looking at everything through the prism of their will to divide, to fracture, to pinpoint the enemy.” In response to this, the National Centre for Scientific Research, came out swinging, condemning in particular “attempts to delegitimise different fields of research, like post-colonial studies, intersectional studies and research on race.”

In a nation like France, however, with such a long and strong imperial tradition, these fields of study are precisely those from which the political right stands to derive the most electoral advantage. Hence Macron’s haste in heading-off his principal rival in next year’s presidential elections, the far-right nationalist, Marine Le Pen, at the ideological pass. Both candidates are determined to not to be found wanting by those French voters who still take patriotic pride in their nation’s past glories.

Ironically, the same “intersectional” academic disciplines under attack in France are also responsible for inspiring the New Zealand government’s new and compulsory history curriculum designed to rectify New Zealanders’ woeful understanding of their country’s long and (allegedly) ignoble record of conquest and expropriation. That such a radical policy (along with kindred initiatives on Maori wards, hate speech, and limiting the rights of defendants in rape trials) could have advanced so far is inconceivable without the tremendous political impetus provided by the Christchurch mosque massacres. More, and even bolder, advances will be hazarded – most especially in relation to constitutional issues – if Labour’s current initiatives are concluded successfully.

That the success of Labour’s radical programme appears imminent is not only explicable in terms of the Christchurch attack, but also on account of the National Party’s all-too-evident ideological confusion. Some in National seem quite relaxed about intersectionalism and its policy implications, while others seem bitterly opposed. Should the former faction emerge triumphant, their party risks electoral marginalisation. At present there seems barely enough room on the New Zealand electoral stage for two “woke” parties – let alone a third in two minds on the subject! A win for the conservative faction would, therefore, seem the most likely outcome – especially since, thanks to Macron and his ministers, there is now a growing body of coherent ideological opposition to Islamo-leftism and its kindred political faiths for them to call on.

National will have to be quick, though, if Act is not to occupy the ground opened-up by the French Right first. Ideologically-speaking, David Seymour and Emmanuel Macron have much in common. Both are confident technocratic liberals, perfectly at ease in their defence of “Enlightenment values”, even as they unashamedly promote the arguments and interests of free-market capitalism. Both men, and their parties, also possess the philosophical clarity of mind to confront the intersectional and post-colonial theorists head-on. Unless they’re keeping their light especially well-hidden under a bushel, the person in National with that capability has yet to be elected to Parliament.

One final point needs to be made here. Macron and his ministers have been quick to blame the intellectual disorientation of its best and its brightest on what the New York Times describes as “destabilising influences on US campuses”, with Macron himself denouncing “certain social-science theories entirely imported from the United States.” Now, that is a particularly cheeky gallic accusation! Because, when it comes to the destabilising influence of the philosophical movement generally referred to as “Post-Modernism”, just about all of its leading intellectual lights – past and present – declaimed at length upon the death of meaning in strong French accents.

*Chris Trotter has been writing and commenting professionally about New Zealand politics for more than 30 years. He writes a weekly column for interest.co.nz. His work may also be found at http://bowalleyroad.blogspot.com.

I can't help but think of the Rainbow Warrior bombing in Auckland by the French when I look at this headline... codenamed 'Opération Satanique' by the FIS, probably too long ago for most readers or even journalists here to remember as it was 1985...

Yes that is in the historical psyche of the country in terms of arrogance and aggression. . So too is the French behaviour in the Nth African colonies and the associated atrocities, Algeria in particular, even post WW2. The OAS was as fine a bunch of terrorists one would have found beyond murderous on any chosen day. Much as the British were hated in Egypt, believe it is arguable that the French counterparts would have out earned them. True, today’s terrorist striking on the continent, may not be an actual avenger of those exact times but they certainly would be present in the mix of the respective psyche.

Interesting article. I did think to myself in the wake of that attack that had it been a brown skinned Muslim person who shot a bunch of white Christian people there would be comprehensive moves to stop Muslim people coming into the country and what not.

But it was a white Australian shooting brown skinned Muslims, and we certainly didn't stop Australian people coming here. Didn't start investigating them for likely terrorist attacks (as far as I can see).

We just put it down to a single mad bugger.

We should add Greens activists to the list too:

We didn't hear much of that in our incredible 'balanced' media.

I'm not one for advocating shooting anyone, but I'm quite clear about the fact that overshoot is an ecological fact and that the media - by studiously avoiding it - are having the same effect on their readers/listeners as if they were lying purposely about the problem.
Worse, when you complain about this, you get buried by the (then) Press Council. Your complaint is not allowed to see the light of day; has happened to me twice.

Yet these very same avoiders are busy teaching us 'the Treaty' at every turn. Who knows, maybe I'm missing something. But I'll tell us all a truth: Equality can only be had with a non-overshot population. One person into overshot territory, and you have competition. Then it's just a matter of scale.

I think where Macron and Act, ie Seymour, differ is that Act would open the immigration floodgates. Not sure that Macron has done that. Seymour's state of the nation, basically taking Labour apart most of which was deserved, did not have one word on immigration.
Essentially my perception is Labour will open the immigration tap, one or two turns once Covids is in hand, National will crank it open a few more turns than Labour while Act will open it full bore.

France okays dumbest ideas from the left, bans dumbest from the right – and complains US wokeness threatens its values

Enjoyed the article and, as always, we appreciate the work of those lovely people at SIS who by necessity don't tend to be the talkative types.

Initially the Islamic State singled out France for cultural and historic reasons. The Islamic State and Far Right subsequently engaged in a series of tit-for-tat terrorist attacks across Europe, probably because it was easily accessible. However that seems to be on the decline for the last few years.

France has been a standard bearer of western secular liberalism. It is on Point Duty for all of us.