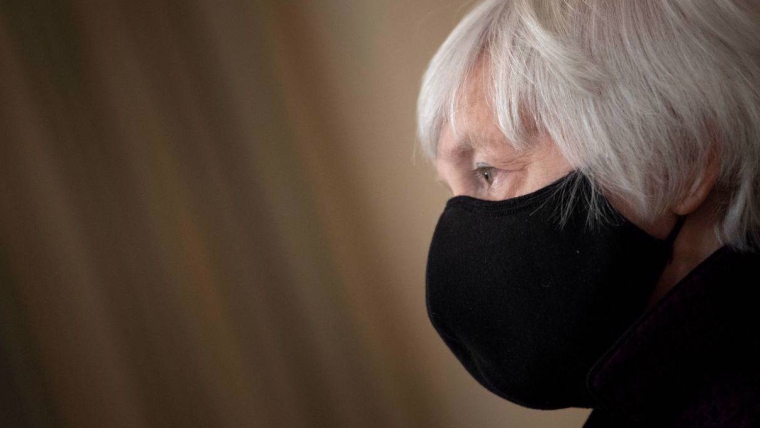 The International Monetary Fund and the World Bank have sprung into action in ways that would have been inconceivable even a year ago. Under former President Donald Trump, the United States – the main shareholder, with veto rights, in both institutions – did little (beyond causing occasional disruption) to shape their policies. Now, the US is taking the lead in coordinating their role and helping poor countries to respond to the COVID-19 crisis.

Spearheading this approach is US Treasury Secretary Janet Yellen. In a letter to her G20 colleagues last month, Yellen wrote that no single country can “declare victory” over the “dual health and economic crises” caused by the pandemic. “This,” she added, “is a moment made for action and for multilateralism.”

Yellen’s letter may not mark the beginning of a new “Bretton Woods moment,” as IMF Managing Director Kristalina Georgieva advocates. But it does mark a welcome departure from Trump’s recklessness and negligence. And it does seek real action that the Trump administration had opposed: the strengthening of the IMF and World Bank toolkits, including the Fund’s concessional facilities, and a new allocation of its reserve asset, special drawing rights (SDRs), to increase liquidity for low-income countries.

These countries certainly need help, not least because the COVID-19 crisis has worsened many of their debt positions significantly. To be sure, the G20 has already devised a two-pronged approach to helping highly indebted countries. First, it is providing temporary debt relief – until this June, though it may be extended – through the Debt Service Suspension Initiative. Second, it plans to improve debt sustainability through the Common Framework for Debt Treatments.

But such support needs to be expanded. Fortunately, now that the US has dropped its opposition to a new SDR allocation, the G20 has agreed to allow the IMF to work on one.

The value of the SDR is based on a basket of currencies (the US dollar, the euro, the Japanese yen, the Chinese renminbi, and the British pound). While SDRs don’t function as a currency, they can be exchanged for freely usable currencies.

The SDR was not designed to help low-income countries. Instead, it was intended to supplement IMF member countries’ official reserves and address liquidity problems, at a time when the US dollar was directly convertible into gold.

In other words, SDRs tend to accrue to those who need them least. And low-income countries are more likely to convert the SDRs they do receive to freely usable currencies.

Recognising this, Yellen has signaled a willingness to consider potential solutions. For example, G20 countries could channel the SDRs they don’t need to support economic recovery in low-income countries. This could open the way for the creation of SDR-based funds.

Yet, even according to the existing allocation system, an SDR allocation worth 100% of current IMF quotas – as Italy, which currently heads the G20, advocates – would generate approximately SDR 15.2 billion for the poorest countries. That is more than the IMF’s annual average concessional lending through the Poverty Reduction and Growth Trust (SDR 1.25 billion).

Moreover, SDRs have no conditions attached. So, by advocating their use, Yellen has effectively acknowledged that flexible and unconditional liquidity – not concessional lending – is the ultimate safety net. At the same time, she stresses sound governance and the need to establish shared parameters, thereby strengthening transparency and accountability in SDR exchanges.

This gets us to the elephant in the room: How will countries use their SDRs? Should they be allowed to use them, say, to service bilateral debt? In that case, such multilateral money could end up benefiting bilateral creditors like China – an outcome against which Yellen’s predecessor, Steven Mnuchin, warned.

Answering such questions will require a broader effort to address the many gaping holes in the current multilateral financial system – holes that have often left financially needy countries with few good options. As a result, low-income countries have often had to turn to onerous bilateral lending, and have become hostage to private creditors and mixed entities, such as China’s state-owned banks. This has created significant asymmetries among different types of debt, and different types of creditors.

To tackle these problems, multilateral financial tools must be made available to countries in need. Moreover, the G20 must take stronger action to bolster debt sustainability, coordinate international action, and broker fair debt deals between bilateral creditors, especially China, and low-income debtors.

The good news is that Yellen – with her emphasis on governance, flexibility, and availability – seems to recognise the lacunae in the international financial architecture. One hopes that she continues to lead the way toward a new financial multilateralism that addresses them.

Paola Subacchi, Professor of International Economics at the University of London’s Queen Mary Global Policy Institute, is the author, most recently, of The Cost of Free Money. Copyright: Project Syndicate, 2021, and published here with permission.

Put the Third World into debt to the First.

Remind me to write the writer a letter.....

What does money even mean if there is 'flexible and unconditional liquidity'?
Just another sign that every dying limb of the tree will be propped up artificially, even if it means the death of the organism as a whole...

Sounds like Yellen doesn’t want anyone breaking ranks from the US instigated monetary madness that went into overdrive after the GFC.

Yellen is another part of the old political establishment. They are facing many new challenges these days. One being their ongoing continuation.

You can't spend SDRs at the shop (yet). There was a time when a piece of software tried to protect my "account" at RBNZ as it thought it was a regular bank. Perhaps at an account at the RBNZ is not that far away for all of us.