Benje Patterson suggests the Trans-Tasman bubble may not be the saviour of the tourism industry over winter, with just ski destinations and the big cities likely to benefit

Benje Patterson suggests the Trans-Tasman bubble may not be the saviour of the tourism industry over winter, with just ski destinations and the big cities likely to benefit 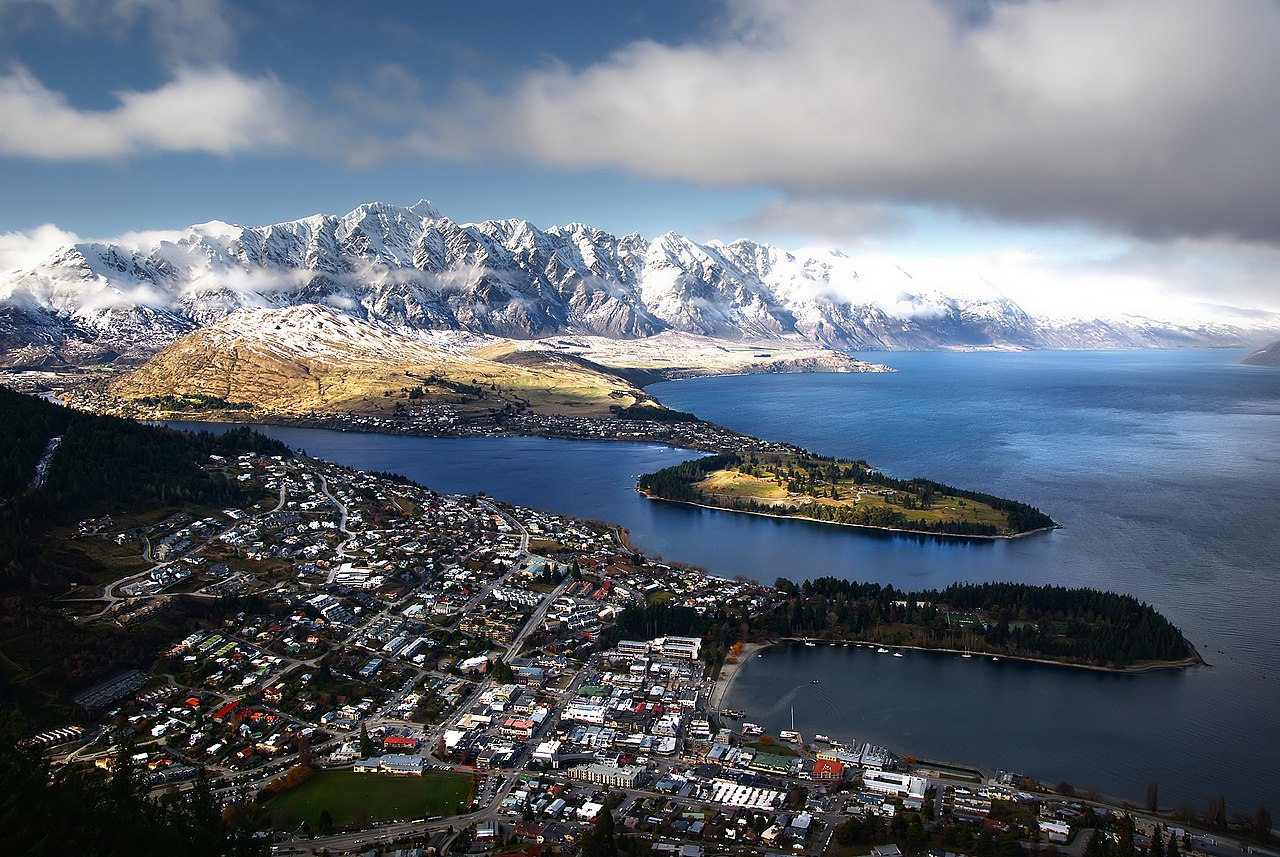 The Trans-Tasman bubble will not be a silver bullet for every tourism destination over the winter months.

Put simply – many kiwi destinations may struggle to attract Aussie travellers during the colder months, and instead will miss out on New Zealanders who head to warmer destinations across the ditch.

Of course, there will be major exceptions, like Queenstown, but by and large, it won’t be until summertime that the net gains from Australian tourists are fully realised in all parts of the country.

With this context in mind, this article looks at selected visitor spots across New Zealand over the winter months (defined here as June to September). It assesses what might happen if we assume that most of the growth in domestic tourism from last year – aka ‘the sugar rush’ – was simply pent-up demand from people with nowhere better to go than explore their own backyard.

Given this assumption, let’s imagine a scenario where 60% of the extra domestic spend from last winter heads to Australia, while in return Australian visitation to New Zealand recovers to 60% of its usual level over winter. Sure this is a fictitious example, but bear with me and let’s consider what implications it has for visitor destinations through the regions.

The only places under this scenario to gain materially during the winter months are our two biggest cities, followed by our most popular ski destination – Queenstown. There are also modest net gains to other winter destinations, such as Ruapehu and Wanaka, while businesses servicing visitors in Dunedin and the Manawatū may also stand their ground.

In dollar terms, the net gains for Auckland in this scenario could be close to $150 million compared to winter last year, while for Wellington they would be around $40 million to $50 million.

Queenstown would only gain $20 million to $25 million in net terms compared to winter last year if 60% of the usual winter volume of Australians visit, and 60% of the domestic growth from last year does not return. However, the potential size of the prize for Queenstown could be huge if Australian visitation returns to 100% of normal this ski season. In such a scenario, the net gains over the winter months to Queenstown would be in the order of $125 million compared to last year.

Unfortunately under the scenario outlined in this article, most of the rest of the country is likely to lose in net terms over the winter months. The following table lists the 10 areas that would stand to lose the most.

At the top of the list are Northland and Taupō. But these two places have had good summers and are used to slower winters so will weather the storm until visitor flows ramp back up into these locations come spring and summer.

More worrying is that the next biggest losers over the winter months are West Coast, Mackenzie and Fiordland. These three places look set to each lose $10 million to $15 million compared to last winter if only 60% of Australian visitors return over the winter months and they lose 60% of last year’s domestic growth. Although falling just outside of the 10 most affected places in dollar terms, Kaikōura (14th worst affected) will lose approximately $5 million in net terms compared to a year ago.

The perverse thing for these areas is that it has already become apparent over recent months that they are among New Zealand’s most struggling visitor destinations. The bubble looks set to intensify their short-term pain unless Australians completely change their behaviour over winter.

What could flip this on its head?

This article has painted a picture that the Trans-Tasman bubble is not going to be the saviour of the tourism industry over the winter months. There are only a few places – mainly ski destinations and urban getaways that stand to benefit. Most of New Zealand’s visitor attractions are not meccas for Australian tourism over the colder months, and instead could lose in net terms as kiwis head across the ditch. The upshot is that the government is still likely to need to open its wallet and support people in these struggling tourism communities until the busier summer months approach.

But there is still one thing that could flip this result on its head, and that is if visitor behaviour dramatically changes.

What if Australian visitation returns to business-as-usual, instead of simply recovering to 60% of its usual volume this winter? Or what if Australians travel like crazy, given that they currently don’t have anywhere else in the world to go? Australia has five times the population of New Zealand, so a small shift in their willingness to travel to Aotearoa could quickly change the game for many of the visitor destinations that risk losing in net terms over winter.

Recent research by Tourism New Zealand has identified a pool of 800,000 Australians who intend to visit New Zealand over the next six months. If such a scenario did indeed unfold then Australian visitation over the June and September quarters could instead be 15% above its pre-Covid level.

But before we get too ahead of ourselves, we need to bear in mind it’s not just a matter of demand. Just as pivotal for a quick recovery will be the ability of airlines and visitor destinations to quickly scale back up their capacity to deliver their products and services.

How quickly this ramping up of capacity can occur remains to be seen, so over the coming months as I evaluate demand, I will also be keeping a watchful eye on the supply side. In the meantime, my advice to economic development practitioners in visitor destinations would be to keep in close contact with your tourism operators to keep abreast of their ability to supply their customers. It is likely that there will be an increased need for advocacy regarding workforce issues over the months ahead and so its best to keep ahead of these challenges as much as possible.

*Benje Patterson is an economist who is passionate about New Zealand’s regions. This article is used with permission, and was first published here.

Perhaps demand was estimated by asking Aussies in a survey with the question: 'Would you like to visit NZ once the travel bubble is implemented?' 79% answered 'yes'. That 79% was used to weight approx travel numbers from previous years to forecast demand. I'm being simplistic here, but without Tourism NZ showing us how they measure, it's all just speculation. I'm not convinced that their estimates should be taken seriously nor do I think that Aussies are chewing at the bit to get to NZ, no matter how hardcore their devotion to skiing is.

It's a zero-sum game, being played for the wrong reasons.

In actual fact, every flight depletes our real riches. Nobody, from our PM down (and certainly no economist) seems to see this.

the economy is a WASTE MAXIMISATION machine
the faster we burn through stuff, the better off we all are ... honestly (insert sustainability disclaimer here)
debt demands we move faster though

there are only two real ways out
1) push till financial collapse (forced by resource collapse)
2) "part -managed" massive degrowth.... which will feel like the same thing

The likelihood is we will end up implementing some sort of "war communism" state ... rationing, coupons and limited trade

Who in their right mind goes to the Manawatu in winter? My student days in Palmerston North would suggest nobody who doesn't have to.

The new border arrangement with Australia, provided it doesn’t give rise to any community outbreak, will assist not solve the tourism sector dire situation. But that in itself may mean some operators don’t fold and can carry on if only still in survival mode. Better than nothing then for sure.

I do wish that news commentators and analysts would think a bit more:
what is spent in one place or one thing, is not available to spend elsewhere.
Ditto if person is in a place and not another, that is where they will spend.
People's disposable income is limited, not infinite.
So, to be plain, if people go and holiday in one area of NZ or Australia, their money will go there and other places won't get it.
Same as when at xmas people overspend, they underspend in February and March when credit card bills arrive.
Much ado

Yes Mike. An Aussie family holidaying in NZ is a lost opportunity for spend in Australia. As an avid winter sports fan, I also understand that it's not the cheapest pastime unless you sleep in your vehicle and have a season's pass.

You are completely wrong.
Otherwise why would shops bother opening on weekends, next you'll tell me it's just fomo?
Sarc

The problem is with this economic model is the house hasn't actually increased in value. It is money that has lost value.

It is money that has lost value.

And the value of labour, particularly for younger people.

True. Productive investments dry up due to lack of credit availability, high costs and high opportunity cost of not investing in tax-free housing instead.

More productive businesses will fold or shift operations elsewhere in the coming months under the pressure of high wages that don't exactly come with higher labour productivity but are simply a result of high living costs in NZ.

We seem to be heading for a 'post-work' mindset, working from home, more sick days, another public holiday, talk of a 4 day week, talk of a UBI.
You make your money by borrowing and house prices, innit. Who needs to work....
It all seems counter-intuitive, IMO.
Goodness knows where this is all heading.

you need to have jobs (that pay enough) so that a worker can also afford to be a consumer ...
but there isnt enough fat in the system anymore
diminishing returns and resource limits are kicking back

This, my friend, is the basic differentiation that 95% of people can't recognise.

Most young, NZ professional Kiwis.. will opt for one way ticket out from NZ inc. - The short term OZ youth for sure book return ticket, for short break.. the longer the trip, the bigger it will cost them, NZ isn't Bali.

I know NZ and many parts of the world rely on tourism but the tourism is not a proper industry in my book. Mostly consists of hotels and hospitality and has a ripple on affect into transport and some other services.
Was surprised at the people I talked to who were not concerned at all that Queenstown is suffering. More like tough, suck it up or close down. I still hold that view.