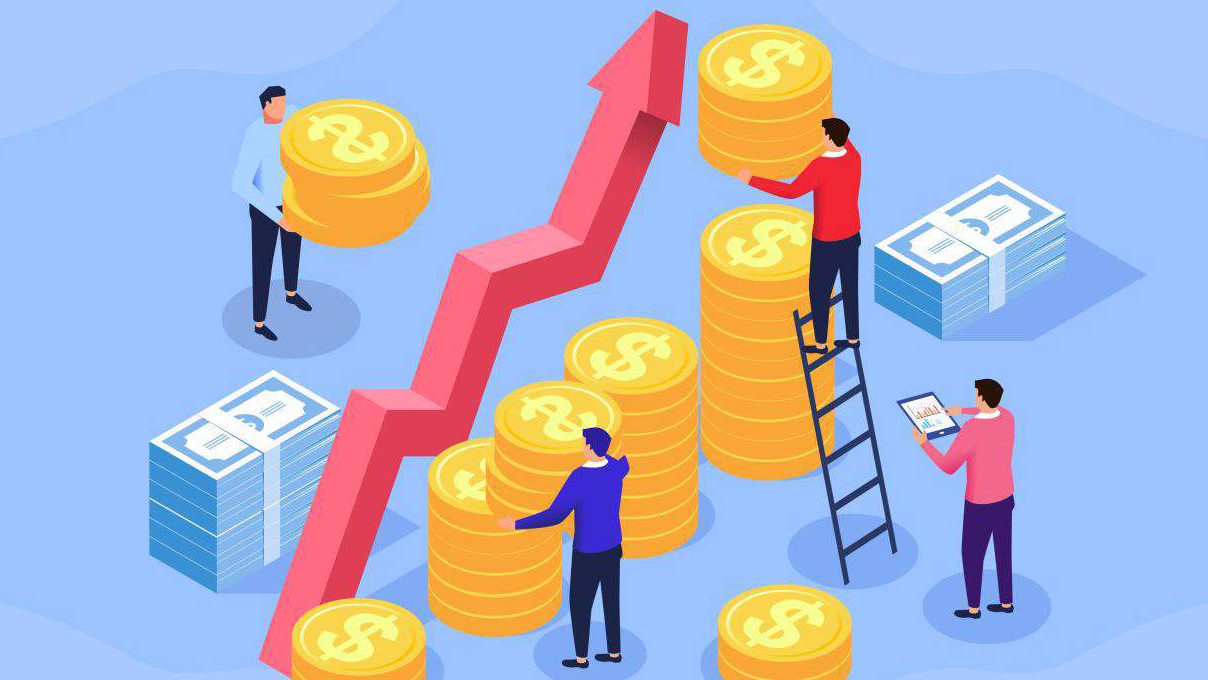 There is a growing debate about whether the inflation that will arise over the next few months will be temporary, reflecting the sharp bounce-back from the COVID-19 recession, or persistent, reflecting both demand-pull and cost-push factors.

Several arguments point to a persistent secular increase in inflation, which has remained below most central banks’ annual 2% target for over a decade. The first holds that the United States has enacted excessive fiscal stimulus for an economy that already appears to be recovering faster than expected. The additional $1.9 trillion of spending approved in March came on top of a $3 trillion package last spring and a $900 billion stimulus in December, and a $2 trillion infrastructure bill will soon follow. The US response to the crisis is thus an order of magnitude larger than its response to the 2008 global financial crisis.

The counter-argument is that this stimulus will not trigger lasting inflation, because households will save a large fraction of it to pay down debts. Moreover, investments in infrastructure will increase not just demand but also supply, by expanding the stock of productivity-enhancing public capital. But, of course, even accounting for these dynamics, the bulge of private savings brought by the stimulus implies that there will be some inflationary release of pent-up demand.

A second, related argument is that the US Federal Reserve and other major central banks are being excessively accommodative with policies that combine monetary and credit easing. The liquidity provided by central banks has already led to asset inflation in the short run, and will drive inflationary credit growth and real spending as economic re-opening and recovery accelerate. Some will argue that when the time comes, central banks can simply mop up the excess liquidity by drawing down their balance sheets and raising policy rates from zero or negative levels. But this claim has become increasingly hard to swallow.

Central banks have been monetising large fiscal deficits in what amounts to “helicopter money” or an application of Modern Monetary Theory. At a time when public and private debt is growing from an already high baseline (425% of GDP in advanced economies and 356% globally), only a combination of low short- and long-term interest rates can keep debt burdens sustainable. Monetary-policy normalisation at this point would crash bond and credit markets, and then stock markets, inciting a recession. Central banks have effectively lost their independence.

Here, the counter-argument is that when economies reach full capacity and full employment, central banks will do whatever it takes to maintain their credibility and independence. The alternative would be a de-anchoring of inflation expectations that would destroy their reputations and allow for runaway price growth.

A third claim is that the monetisation of fiscal deficits will not be inflationary; rather, it will merely prevent deflation. However, this assumes that the shock hitting the global economy resembles the one in 2008, when the collapse of an asset bubble created a credit crunch and thus an aggregate demand shock.

The problem today is that we are recovering from a negative aggregate supply shock. As such, overly loose monetary and fiscal policies could indeed lead to inflation or, worse, stagflation (high inflation alongside a recession). After all, the stagflation of the 1970s came after two negative oil-supply shocks following the 1973 Yom Kippur War and the 1979 Iranian Revolution.

In today’s context, we will need to worry about a number of potential negative supply shocks, both as threats to potential growth and as possible factors driving up production costs. These include trade hurdles such as de-globalisation and rising protectionism; post-pandemic supply bottlenecks; the deepening Sino-American cold war; and the ensuing balkanisation of global supply chains and reshoring of foreign direct investment from low-cost China to higher-cost locations.

Equally worrying is the demographic structure in both advanced and emerging economies. Just when elderly cohorts are boosting consumption by spending down their savings, new restrictions on migration will be putting upward pressure on labour costs.

Moreover, rising income and wealth inequalities mean that the threat of a populist backlash will remain in play. On one hand, this could take the form of fiscal and regulatory policies to support workers and unions – a further source of pressure on labour costs. On the other hand, the concentration of oligopolistic power in the corporate sector also could prove inflationary, because it boosts producers’ pricing power. And, of course, the backlash against Big Tech and capital-intensive, labour-saving technology could reduce innovation more broadly.

There is a counter-narrative to this stagflationary thesis. Despite the public backlash, technological innovation in artificial intelligence, machine learning, and robotics could continue to weaken labour, and demographic effects could be offset by higher retirement ages (implying a larger labour supply).

Similarly, today’s reversal of globalisation may itself be reversed as regional integration deepens in many parts of the world, and as the outsourcing of services provides workarounds for obstacles to labour migration (a programmer in India doesn’t have to move to Silicon Valley to design a US app). Finally, any reductions in income inequality may simply militate against tepid demand and deflationary secular stagnation, rather than being severely inflationary.

In the short run, the slack in markets for goods, labour, and commodities, and in some real-estate markets, will prevent a sustained inflationary surge. But over the next few years, loose monetary and fiscal policies will start to trigger persistent inflationary – and eventually stagflationary – pressure, owing to the emergence of any number of persistent negative supply shocks.

Make no mistake: inflation’s return would have severe economic and financial consequences. We would have gone from the “Great Moderation” to a new period of macro instability. The secular bull market in bonds would finally end, and rising nominal and real bond yields would make today’s debts unsustainable, crashing global equity markets. In due time, we could even witness the return of 1970s-style malaise.

Literally nonsense. Govts have been spending a lot of money, which creates a large fiscal 'deficit'. It is this Govt spending that adds to the money in circulation - *not* the Central banks changing the liquidity of this debt (by selling or buying bonds). How do economists get this so back to front? It must be willful ignorance.

Jfoe,
Economists might be misguided and often are, but that does not imply 'willful ignorance'.
A large government deficit does not by itself lead to an increase in money supply as long as it is financed by Treasury bonds that remain in the market. But once the Central Bank removes those bonds from the market then the effect on the overarching financial system is that the Govt deficit has been financed by monetisation. Most economists understand that. However, there is a tendency at this site for some commentators to focus just on one part of the financial system rather than focusing on the system effects that arise from the combination of fiscal deficits by Govt and the purchase of the consequent Treasury bonds by the RB.
Depending on what happens to wages, which are influenced both by labour-supply shortages and by Government policy (minimum wages, statutory holidays, sick leave entitlements and public sector salaries), stagflation would seem a realistic medium-term scenario to consider.
KeithW

Yes, forgive my vitriol. I think the helicopter money comment wound me up because it reminded me of Friedman's nonsensical ramblings on monetary expansion (imagine a world that doesn't and can never exist, now drop some money into it...)

I think the thing we differ on is the idea that Govt debt is somehow 'financed by Treasury bonds'. Govt debt is just the cumulative total of what Govt has spent, minus what it has taxed back. How much does it really matter whether the Govt's financial liabilities take the form of excess reserves, bonds, or the $8bn(?) of bank notes and coins in circulation?

I would agree that stagflation is a likely medium-term scenario. Obviously we will have to tolerate hundreds of 'hyper-inflation is round the next corner' stories in the meantime.

Within our system, with the RB operationally independent of the Govt, the only mechanism the Govt has to finance deficits is the issue of bonds. It is then up to the RB as to what it does with those bonds in terms of monetary policy. A key point is that with the RB operationally independent, the Govt has no alternative to the Treasury bonds. To change that situation, the RB would have to be under the operational control of the Govt, with the politicians then having control over monetary policy. That was the way it was before the RB was given independence by the Reserve Bank Act of 1989.
KeithW

Time to go through the predictions again for the revised quantity theory of money. (M.V)+i=P.Q where i is the interest component. Basic proposition is that the equation did not account for interest on the money supply. Adding interest helps model the inertia in the system.

What will happen:
The money supply must grow to accommodate the interest. First exponentially, but my modelling did show an inflection point once interest rates at the point of borrowing hit 3% or lower.
The velocity of money will drop.
Prices can rise independent of quantity masking the growth measure.
Interest rates will drop over time.

The equation appears to apply to any asset having a quailty that is money like, ie: yields go down while prices go up and velocity drops.

Interest rates have to drop to make debt affordable. There is an outcome to all this, and it probably isn't going to be good.

I first made these prediction on these pages in 2013.

"Over the next few years, loose monetary and fiscal policies will start to trigger persistent inflationary – and eventually stagflationary – pressure, owing to the emergence of any number of persistent negative supply shocks".

The implications of continuing on with this policy of "lowest ever interest rates ever & the highest debt ever" is likely to end badly for the NZ economy & disastrous for highly leveraged investors.

The policy has no significant consequences when interest rates remain low but once the tide is turned it will be hard to stop.