Mohamed A. El-Erian argues by failing to do more to help the rest of the world get vaccinated as quickly as possible, Western countries are jeopardizing the international system upon which their prosperity is based

Mohamed A. El-Erian argues by failing to do more to help the rest of the world get vaccinated as quickly as possible, Western countries are jeopardizing the international system upon which their prosperity is based
11th Jun 21, 9:07am by Guest 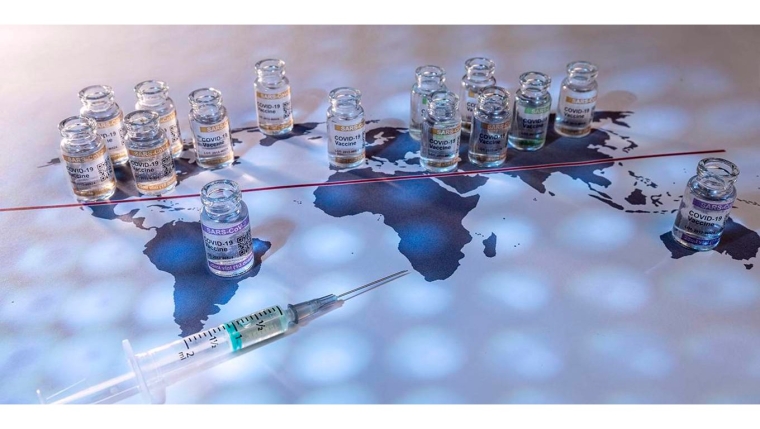 By Mohamed A. El-Erian*

The proper functioning of any interconnected economic system depends on trust. It is also the case that a global system that has been designed by advanced economies requires a significant level of buy-in from the developing world. Both become even more important as more developing economies, led by China, gain systemic importance.

With the world trying to recover from the massive economic shock brought by COVID-19, the mishandling of the global vaccine rollout has weakened trust in the international system that emerged after World War II. Combined with memories of the 2008 global financial crisis, which originated in the advanced economies, today’s failures are reinforcing suspicions among some countries that the international order may no longer be fit for purpose. The West, in particular, must take these concerns seriously. With no other multilateral system to replace the current one, the only alternative is a scenario of global fragmentation and rising economic, social, and political tensions.

Although the United Kingdom has been ahead of most other countries in vaccinating its population, its struggle to hold down infections associated with the new B.1.617.2 variant from India serves as a timely reminder that no one is safe until everyone is. As the thoughtful former British Prime Minister Gordon Brown notes, whereas “nearly half of US and UK citizens have now received at least one” dose of a COVID-19 vaccine, that figure drops to 11% India. In Sub-Saharan Africa, barely 1% of the population has received a single dose.

While country-specific problems have contributed to mismanaged and inefficient vaccine deployment in some developing economies, the real issue has been insufficient supplies. As the United Nations pointed out in March, just “ten rich countries … possess nearly 80% of all COVID-19 vaccines.” That has allowed them to start vaccinating even low-vulnerability segments of their population – including children as young as 12 – while billions of people in the developing world remain totally unprotected. The International Monetary Fund estimates that countries with large vaccine inventories could donate one billion doses in 2021 without undermining their domestic vaccination priorities.

Moreover, several advanced economies have accumulated massive vaccine surpluses as they plan for a round of boosters in the fall. And insufficient funding for COVAX, the international community’s facility to ensure equitable global access to vaccines, further underscores their hesitancy in helping the rest of the world. But this is not just a moral and ethical failure; it is also a practical one. According to IMF research, an additional $50 billion in funding for global vaccination efforts would yield $9 trillion in economic benefits.

The longer the global vaccine rollout stumbles, the greater the long-term damage to an already-stressed international system. Designed nearly 80 years ago, that system is centered on advanced economies that historically have provided key “public goods,” such as a stable international reserve currency (the US dollar) and significant funding for multilateral institutions. In exchange for these contributions, advanced economies have enjoyed enormous privileges, including a de facto veto in matters of global governance, currency seigniorage, and lower everyday funding costs (by serving as a destination for others’ savings).

Yet while the postwar international system grants the advanced economies disproportionate influence in global affairs, its credibility and basic functioning ultimately depend on whether its stewards conduct themselves responsibly. The 2008 financial crisis suggested that they had slipped in doing so, and the rich world’s prolonged and excessive reliance on a policy mix over-dependent on monetary policy has since compounded the damage to their credibility.

Against this backdrop, the unbalanced, unfair, and inefficient vaccine rollout risks striking a huge blow to the system’s long-term viability. That would certainly suit China. With its growing economic power and global reach, it has eagerly been challenging the legitimacy and appeal of the Western-dominated order, which it describes as unreliable and dependent on asymmetrical relations vis-à-vis developing countries.

But because one cannot replace something with nothing, the result has been the slow but consistent evolution of a kind of hybrid system. The postwar system remains in place, but its dominance is being gradually eroded by the proliferation of arrangements that bypass its core. Examples include new multilateral institutions (such as the Asian Infrastructure Investment Bank and the New Development Bank), new regional plans (notably China’s Belt and Road Initiative), and new bilateral trade and investment deals.

Owing to these developments, the overall operation of the global economy has been weakened, with significant consequences for all. And the longer that vaccination lags in many parts of the developing world, the more pressure vaccinated countries will feel to adopt a bunker mindset. As the international system fragments, the less stable it will become, reducing the prospects for the kind of synchronized global growth needed to enhance individual countries’ performance. Moreover, as trust in the system continues to erode, advanced economies will face additional national-security challenges.

Trust is a precious commodity: it is hard to establish, easily eroded, and exceedingly difficult to regain. While far from perfect, the current international order is better than any of the alternatives, and still eminently reformable. Advanced economies must not jeopardize it by dragging their feet in the global vaccination effort.

Trust. It it is slippery one that's for sure.

The wholesale destruction of people who consider that virus leaked from the lab has been an interesting one to watch. They were labelled as "conspiracy theorist" and discredited by all manner of institutions as well being censored on social media platforms. Now, all of a sudden, with very little changing in terms of actual evidence on either side, it has suddenly become "acceptable" to talk about it again, to the point where Facebook will not remove content about this issue.

The debate about Ivermectin and it's use in treating COVID-19 has also been fascinating to watch. Again, the drug and the people advocating it's use have been discredited and censored by every man and his dog, up to and including the CDC and the WHO. I would suggest that everybody watch this podcast between Dr. Bret Weinstein (PhD) and Dr. Pierre Kory (M.D.) on the scientific evidence around Ivermectin. Bret's Twitter feed is also interesting. This Tweet in particular reveals that Merck (who produced literally billions of doses of Ivermectin under patient (for humans)) and who has trashed the use of Ivermectin for COVID-19, is developing their own COVID-19 anti-virus, which they can patient and then sell for significantly more than Ivermetin (no longer under patient and extremely cheap to produce).

And don't get me started on the blatant manipulation of interest rates and house prices being undertaken by both the RBNZ and Labour.

So yes, trust in our major institutions? Not so sure...

A very pertinent comment
''And the rich world’s prolonged and excessive reliance on a policy mix over-dependent on monetary policy has since compounded the damage to their credibility''.

Maybe. But when I look at the Vaccine Tracker on the FT or Economist. I see that all these 'non-West' countries seem to be around or ahead of NZ. Presumably via the COVVAX scheme funded and by west and administered by western backed UN/WHO.

So, we're really talking direct donations. Rather than using the international institutions that have been built up.

Re Trust: The Indian bar association recently filed suit against the World Health Organisation's chief scientist for running a disinformation campaign against the highly effective anti-covid drug Ivermectin (see here). The courts found in favour of the bar association, which is now considering criminal prosecution of the WHO. Ivermectin is being rolled out in India. The economic cost of this pandemic, particularly in New Zealand, is massively higher that it could have otherwise been due to vested interests. Of course, trust is at an all-time low.