ANZ's Richard Yetsenga says higher interest rates are likely by 2023, whether borders are open or not in an analysis of Australia's position. There may be lessons for New Zealand too

ANZ's Richard Yetsenga says higher interest rates are likely by 2023, whether borders are open or not in an analysis of Australia's position. There may be lessons for New Zealand too 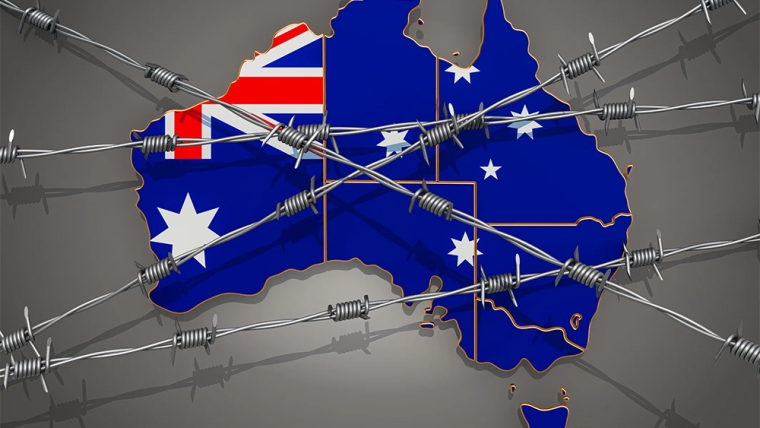 The following was published by ANZ as part of its Blue Lens series (link not available). It is here with permission.

In pre-pandemic times one of the most active streams of international trade was people. The United Nations classed 272 million people as migrants in 2019, 3.5% of the global population.

Immigration became a commonly accepted form of skills transfer, a boost to economic growth, and humanitarian support in some cases.

These pull factors became more powerful as immigration also become something of a tonic for aging populations that could just import young people. The push factors for immigration had also strengthened. In the mid-1800s at least half of the income gap between people in different countries could be explained by what you did. Worker’s incomes across the world were quite low, but reasonably even.

Against this backdrop 164 countries closed their borders in at least some form in 2020. This was a shock. It lowered GDP growth because of, among other factors, less immigration. But importantly it also lowered ‘g star’ –or potential growth –as growth in the labour supply slowed back to what the population naturally generated.

Amid the fastest recovery in history, there are some arguments that closed borders are a primary factor accounting of the strength of the recovery, and without it economic tightness would dissipate.

There is a forests-and-trees problem here.

Excluding tourists, there are 280,000 fewer non-residents in Australia than pre-COVID. Employment has risen by 1 million since the low point last year. Even if all of the jobs held by non-residents have been taken by residents, the improvement in the labour market would still be dramatically ahead of RBA forecasts.

If the anecdotes are to be believed, labour shortages have held back output in a range of sectors and potentially across the economy.

The RBA recently spoke about a ‘wait and ration’ approach to output by some businesses. Rather than raise their cost base by paying higher wages, businesses ration output and wait and see how conditions unfold. It is likely then that if labour supply were more abundant, output would also be higher and the economy even stronger.

More broadly the economy has outperformed on virtually every metric. GDP is above pre-COVID levels, capacity use is the highest in at least 30 years, and over the past two quarters business investment has grown at its fastest rate since 2012. This sort of vigorous rebound has occurred across a range of economies. It seems unlikely it substantially reflects closed borders and a technical measurement issue in the labour market.

If the labour market numbers were giving an overly bullish view, there should be a gap between indicators such as ANZ Job Ads and Australian employment or unemployment. In reality, the indicators are tracking very closely. Job ads are 39% higher than pre-pandemic.

Job vacancies are also strong across industries, even those with a relatively low share of foreign workers, which suggests unemployment will fall even further in the near future.

Even in the unlikely event that closed borders were having a material impact, they are unlikely to start opening for quite some time. The Australian Government has suggested it may begin to open from mid-2022, and then only slowly. With 63% of the population having received at least one vaccine dose, the UK Prime Minister has suggested international travel will not return to normal until 2022 at the earliest. China, at 71% vaccine distribution, seems unlikely to open borders before 2022.

Even once borders open it is likely to take quite some time for the stock of temporary residents in Australia to rebuild. Open borders are unlikely to be a step-shift. When it comes to monetary policy,the improvement in the economy and the resulting upward revision in inflation expectations are likely to simply outrun this timeline.

Consider also some other effects once borders re-open. Closed borders and movement restrictions have dampened services and boosted goods consumption.

Supply chain challenges have exacerbated the resulting inflation impulse. But the services sector runs at a higher average rate of inflation, wages are a higher share of costs and productivity improvements are harder to find.

Closed borders are an additional factor contributing to the tightening in capacity in the economy. They have been recognised as helping tighten the labour market and potentially raise wages when they have stagnated for so long.

But the economic recovery is much broader and more fundamental than this. Don’t let technicalities in some of the economic data distract from the underlying trends. The recovery is the fastest on record, inflation pressures are building, and higher interest rates are likely by 2023, whether borders are open or not.

Richard Yetsenga is the chief economist at ANZ and is based in Melbourne.