Monday's Top 10 with NZ Mint; An image problem; 'Chicken prices to double'; abandoning stockbrokers; all bullets shot; what will Draghi do?; Dilbert

Monday's Top 10 with NZ Mint; An image problem; 'Chicken prices to double'; abandoning stockbrokers; all bullets shot; what will Draghi do?; Dilbert

Here's my Top 10 links from around the Internet at 10:00 am today in association with NZ Mint.

Bernard will be back with his version tomorrow.

As always, we welcome your additions in the comments below or via email to bernard.hickey@interest.co.nz.

1. 'Crime of the century IV'
US Treasury Secretary Geithner has said he warned British authorities about problems with the Libor inter-bank lending rate in 2008.

He told US politicians he had emailed the Bank of England with suggestions on how to solve these issues.

He also questioned whether the British Bankers' Association, which oversaw the setting of Libor, was the right body for the job. More from Reuters:

"In the detailed recommendations we gave to the British, we identified a series of specific things that would make it untenable for this rate to be affected by the banks' incentive to lower their reported cost of funds.

"We gave them very specific detailed changes for doing that. If those had been adopted sooner, you would limit this risk going forward."

And newly available court documents show that at least three banks were at the centre of the Libor fraud - interestingly, so far the fingers aren't pointing at American banks, which is something I didn't unexpect.

2. What's the ECB going to do next?
The markets loved the signals Mario Draghi gave last week that the ECB will do "whatever it takes" - but just exactly what are his options? Bankers know what they are, and one at JP Morgan has listed twelve - in order of likelihood. Here is his list »

Doctors are more likely to be struck off for having sex with patients than for misdiagnosing, breaching patient confidentiality, or performing the wrong operations, a new study shows.

The research on doctor misconduct in Australia and New Zealand found medical tribunals removed or deregistered doctors for character flaws and lack of insight more often than for errors in care or poor clinical knowledge.

4. Why capitalism has an image problem
Charles Murray examines the cloud now hanging over business - and what today's capitalists can do about it. From the WSJ:

Capitalism has lifted the world out of poverty because it gives people a chance to get rich by creating value and reaping the rewards.

[But now, being a ] "Capitalist" has become an accusation. The creative destruction that is at the heart of a growing economy is now seen as evil. Americans increasingly appear to accept the mind-set that kept the world in poverty for millennia: If you've gotten rich, it is because you made someone else poorer.

What happened to turn the mood of the country so far from our historic celebration of economic success?

5. Australians are abondoning stockbrokers
Private client stockbroking firms are failing to satisfy affluent and wealthy customers as equity market trading volumes languish and top end clients increasingly look to online brokers. More than 40 per cent of affluent and wealthy individuals prefer to use an online broker, according to a survey by financial services research firm CoreData and reported in the AFR.

"There is an alarming amount of distrust towards stockbrokers and the more they continue to focus on returns exclusively that trust gap will widen," CoreData director Guy Ogier said. "Australian full-service brokers are in serious danger of missing the opportunity ... Brokers must focus their efforts on client satisfaction." 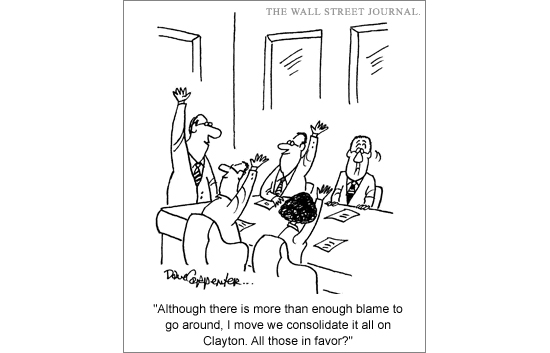 6. 'Chicken prices may double from next week'
Australian consumers are about to pay a lot more for chicken, with at least one retailer there saying prices will double from next week. It's all to do with the US drought and the resulting sharply higher international cost of grain feeds. The ABC has the details:

"The outlook on grain is we're going to have higher grain costs until at least April or May next year. In the future, that's what it's telling us so it could rise for as long as six or nine months," he said.

Michael Braidotti, who runs a fresh food market in Wollongong, says it is more likely to double. 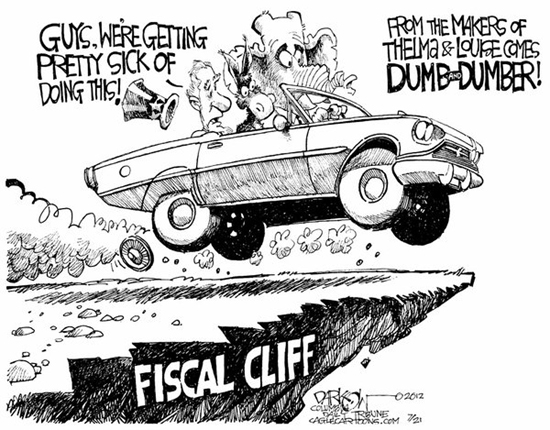 7. Anyone checking ours?
Given the Libor issues, I wonder if the RBNZ or FMA are checking our own BKBM bank bill reporting processes. Australian regulators are monitoring Australia’s Libor-equivalent benchmark credit rate as some market participants maintain it has been manipulated, the AFR is reporting.

The Australian benchmark, the Bank Bill Swap Rate (BBSW), has a fundamental difference to Libor in that it is backed by actual trades in the bank bill market, not hypothetical ones as with Libor.

However, like Libor, BBSW is the price at which banks will lend to one another for short periods and so is the reference rate against which other floating interest rates are set. Bank bills are the most common short-term instrument.

Market participants say BBSW, which determines the rate of hundreds of billions of dollars of lending and derivatives, can be gamed by the timing and pricing of particular trades, to the advantage of domestic bank dealing desks and detriment of clients.

Influential credit market analyst Sean Keane of KKK Consulting asked in a note for Credit Suisse clients “is it really better Down Under? The Australian rate set (of BBSW) is not without issues of its own,” he said.

8. Trade update
The famous Baltic Dry Index closed on Friday at 958. It has been meandering along at about this level since the beginning of the year, on a slow up trend. It's a long way down from its peak. It is an index that was established in 1985 and set then at 1,000. So basically, international demand for trade ships is currently only just lower than it was about 25 years ago.

9. US economic arsenal is emplty: Volker
American policymakers have exhausted fiscal and monetary policy remedies in their bid to cure the US economy’s growth blues, according to ex-Fed chief Paul Volcker.

The US was stuck in a “technical recovery”, growing at about 2 per cent a year, said Mr Volcker, who established his reputation when he killed off inflation in the early 1980s as chairman of the Federal Reserve Board.

“There is no magic bullet in fiscal or monetary policy. We have pretty much shot all the bullets we have,” Mr Volcker said. His downbeat remarks come as the Fed is under intense pressure to lower interest rates further by buying more bonds and extending their “near zero” guidance for the Fed’s overnight cash rate to 2015.

10. The paradox of choice
Psychologist Barry Schwartz takes aim at a central tenet of western societies: freedom of choice. In Schwartz's estimation, choice has made us not freer but more paralyzed, not happier but more dissatisfied.

Regarding (4) I've been saying for a long time that the West is so far turned on it's head, that capitalists are this century's scape goats. It's a mind set that will destroy us, if it hasn't already. (And remembering that today's crony capitalism, what Orwell would've called state capitalism, is to laissez faire capitalism what sea horses are to horses).

'Capitalists' are no longer looked on by the ruling majority as individual humans, anymore, just as wallets for the collective.

The Chicken price gouging is something we are going to have to watch very closely , especially the Maths, if prices go up by 100% .

I have never been comfortable with the cozy duopoly with Tegel ( Aussies to boot) and the other player in the NZ Market .

Secondly , in the prodction system feed is not 100% of the total costs. There is labour , materials,  diesel  , transport, electricity , rent on ther farm ( or interest) ,slaughter  packaging and distribution , so heaven help Tegel if they try to get smart . I suggest the get the same PR spin doctors as Fonterra

The quote from the WSJ gives a misleading glimpse of the article. Charles Murray's main point is that unregulated crony capitalism has totally destroyed viable capitalism.

In the US you can be put away forever for being caught 3 times smoking happy baccy, but you can contribute to destroying the homes and livelihoods of millions and not only get off scott free but you continue to pillage and you get to be in a Democratic government's cabinet.

No wonder the peasants are revolted. Pity the buggers seem to be too moribund to actually revolt.

"The benefits of more efficient allocation of capital are huge, but they are really, really hard to explain simply and persuasively."

Booms and busts, pumping and dumping is not efficient and there is never a stable equilibrium. Marx may have been well off with his solution but he was bang on with his description of how capitalism would evolve, becoming its own worst enemy. The question is how we move on from the corruption and cronyism of the current financial capitalism to something more equitable and sustainable. Unfortunately all the political duopolies in the west, including NZ, think the current system centred around giant banks is just fine with a few tweaks.