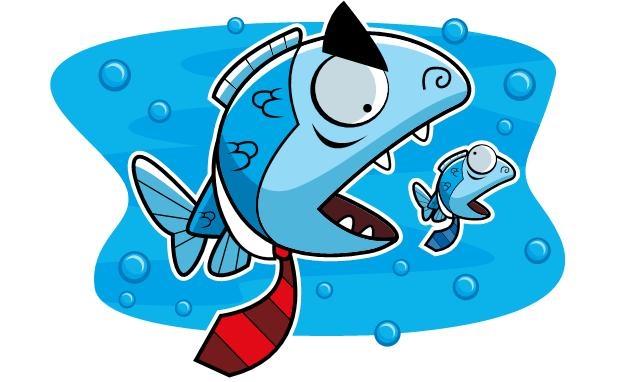 Perhaps it has been the Christmas holiday season timing of the deal.

Or maybe it's just not a sexy enough industry.

Courtesy of the Electricity Authority figures in the chart below we know there's a decent volume of consumers switching between power providers.

We also know it's reasonably straight forward to switch between telco and take your phone number with you.

Courtesy of the New Zealand Telecommunications Forum  we can see from the chart below a decent number of people are doing this with mobile phone service providers.

There's no official measure of how many bank customers are switching their mortgage or term deposit between banks. But anecdotal evidence, and banks competing by giving interest rates better than those they advertise or offering carrots such as TVs and cash, suggests Kiwis are moving between banks in greater numbers than ever before.

But when it comes to insurance, it seems we're less likely to move our business from one insurer to another. AA Insurance CEO Chris Curtin told me in November only one in eight people switch provider when their insurance policy is up for renewal.

In its statement of preliminary issues on IAG's takeover application the Commerce Commission says it will consider whether to define insurance products and markets as national in scope, as it has done previously, or whether to modify this approach. A fresh approach would allow the consumer watchdog  to take into account whether the market in Canterbury following the 2010-2011 earthquakes warrants defining a separate geographic market for the Christchurch/Canterbury region.

The Commerce Commission will also consider the scope for customers to move to alternative insurance providers if a merged IAG-Lumley raised its prices. For its part IAG says it doesn't believe the deal would substantially lessen competition in any market.

I did a video interview with IAG's New Zealand CEO Jacki Johnson on December 19. I asked her whether IAG would be prepared to sell assets to secure Commerce Commission approval for the Lumley deal. This was something analysts had suggested they may need to do. I was expecting an answer along the lines of; "I don't want to speculate on the outcome of the Commerce Commission decision." Or maybe; "We're confident the Commission will approve the deal." But instead I got;  "We're prepared for that, if that has to happen."

Following Johnson's refreshing candour, one thought I had was IAG must be expecting to have to make concessions to get the deal through. Or maybe they realise this deal pushes beyond the boundaries. I don't really know. But IAG's full application to the Commerce Commission for clearance to buy Lumley does, in my opinion, overplay the competitive forces in the insurance market.

One reoccurring theme in IAG's application is the potential for New Zealand's big banks to make a concerted push into insurance, doing their own underwriting, as some of their Australian parents have done. Of course it's feasible that this could happen. But it's just as feasible that big insurers could make a push into banking. Suncorp, owner of Vero, has done this in Australia, as has AMP, although a previous bank foray in New Zealand by the latter resulted in its mortgage book and retail deposit portfolio being sold to HSBC.

IAG also argues there are no significant barriers to enter or expand in the insurance markets including the cost of doing so. But I would argue with the Reserve Bank's prudential regulatory regime having taken shape over the past couple of years, and in the wake of the devastating Christchurch earthquakes, in many respects times are tougher for new entrants than they've been before. They must obtain a licence, meet solvency capital requirements, have a credit rating, and secure deals with reinsurers. Then there's a strong, well entrenched market incumbent in IAG to deal with.

When the Commerce Commission rubber stamped IAG's acquisition of the financially stricken AMI in early 2012, aftershocks were still hitting Canterbury and the insurance picture in New Zealand post the big February 2011 quake was unclear. Now things have largely settled down from the insurer's perspective.

What about the customers?

Life has changed significantly for insurers' customers. The premiums they pay have increased, by up to 50% since the Canterbury earthquakes. And they're having to adapt to sum insured, which transfers risk to customers as home owners must now calculate their own rebuild cost.

Insurance Council of New Zealand (ICNZ) data shows good volume growth for the insurers. Gross written premiums reached a shade under $4.5 billion for the year to September 30, 2012 which are the most recently available statistics. That's up about $1.2 billion, or 37%, from just under $3.3 billion in 2008.

IAG NZ's last annual results showed insurance profit was up 12% to A$115 million.

So financially things are looking pretty good for insurers.

The Commerce Commission, which has a Friday, March 28 deadline for its decision, must decide how the insurance market is looking for consumers. And whether letting the dominant market player take out one of its rivals, and lift its share of two key markets to 66%, is good for those consumers.

I struggle to see how it could be.

Agree 100% , the aggregation taking place with Insurers is like the Multinational Banks in America in the past 20 years.

They suffer from hubris , become too poweful , too corrupt and too big to fail .

Its unhealthy for competition in both pricing of premiums and risk

Its not in anyones interest , and counter-intuitive to a free market to allow this to occur

And while they're on an anti-trust jag, why don't they clean up the Flethchers/CHH building materials, and Fooidstuffs/Progressive duopolies.

That will never happen.  NZ has far too much high level corruption.

Interesting parallel. If the US Department of Justice had never broken up IBM, applying Anti-Trust Law, we may never have had the PC, and Microsoft, Windows, Smartphones, and Google.

I agree that it should not be allowed, simply due to ths lack of competition. NZ seems to pay so much more for house  insurance, compared to the UK. But there are monopolies and duopolies in other industries to in NZ, such as the NZ building materials industries and food, TV content etc.

But it won't make any differnece, I woud be surprised if the sale didn't go through.