Today's Top 10 is a guest post from Matt Nolan, his third. His previous one is here.

As always, we welcome your additions in the comment stream below or via email to david.chaston@interest.co.nz.

1. Where the 'market for marriage' began for economists
A consideration of marriage markets, and the economics of love, began in its modern form with Garry Becker in a series of two articles (first and second).

Two simple principles form the heart of the analysis. The first is that, since marriage is practically always voluntary, either by the persons marrying or their parents, the theory of preferences can be readily applied, and persons marrying (or their parents) can be assumed to expect to raise their utility level above what it would be were they to remain single.

The second is that, since many men and women compete as they seek mates, a market in marriages can be presumed to exist. Each person tries to find the best mate, subject to the restrictions imposed by market conditions.

2. Is your romance part of the reason for income inequality rising?
Over time there has been a justifiable, and at least partially successful, push for men and women to be treated more equally in the labour market.

However, did lower inequality between the sexes help drive greater inequality in incomes among households? According to the evidence regarding assortative mating (that similar people tend to marry) this is exactly what has been happening.

The Economist runs through the idea here.  They conclude:

Women have far more choices than before, and that is one reason why inequality will be hard to reverse.

I would go further and say that additional choice for women has been a positive thing – one we shouldn’t want to reverse.  This is a clear example of why, when discussing why inequality has changed, we can’t just treat inequality as a “bad” – some measured inequality is in fact “good”. 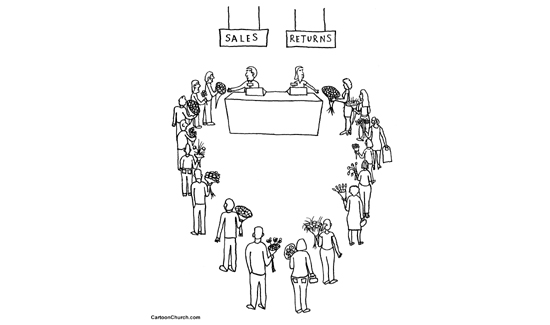 3. How is government influencing your romantic choices?
Understanding what assortative mating means in terms of policy, or even figuring out what has been behind it, is a tough question.  In this way this blog on how a change in “survivor insurance” (widows benefit) influences divorces, marriages, and assortative mating, was interesting.

This is a great illustration of the way changes in government policy have an impact on household formation, often in unintended ways.

4. Has your romance provided you with extra goods and services?
Bryan Caplan over at Econlog discusses equivalence scales, and the way people in relationships share resources.

There are a number of ways to think about this.  As Bryan notes some consumption may be non-rival (when you buy a TV you can both sit down and watch a programme on it).

A broader way of thinking about this involves saying that households have “economies of scale” (think of this in terms of buying food for dinner, buying twice as much food most often costs less than twice as much) and individuals in a household can “specialise” on household tasks (one partner may specialise in cleaning dishes, another in cooking).  As a result, the per person income required to meet a certain definition of “need” in terms of goods and services is lower!

5. What does monetary policy and marriage have in common?
When it comes to making choices in general, our view of the choice can be different depending on whether it is being made now or in the future.  This leads to dynamic inconsistency.

For monetary authorities that were under the sway of government, dynamic inconsistency lead them to deliver too much inflation, leading to inflation targeting as a way to make governments “commit” not to try and create inflation.

For lovers, dynamic inconsistency leads to insufficient investment in both relationship specific matters and insufficient specialisation.  Marriage, by making the breakdown of a partnership costly can help to force people to “commit” to invest in their relationship and their lives – examples of this discussed by economists can be found here and here (as well as in the initial papers by Becker). 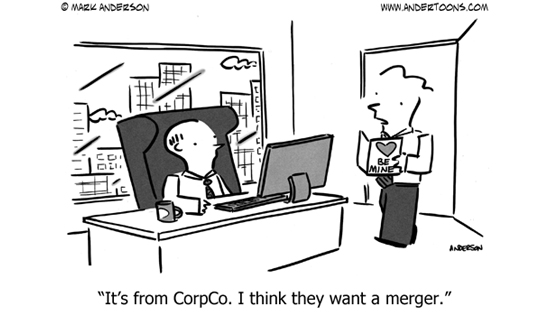 6. Matching and singles on Valentine’s day
Of course, some people haven’t already made matches – and Valentine’s Day seems like a reasonable point in time for single people who are looking to try to match up.

In a post called “the mathematics of beauty”, Ok Trends discusses some of the data and behaviour about people trying to match up.

Suppose you're a man who's really into someone. If you suspect other men are uninterested, it means less competition. You therefore have an added incentive to send a message.

On the other hand, a woman with a preponderance of '4' votes, someone conventionally cute, but not totally hot, might appear to be more in-demand than she actually is. To the typical man considering her, she's obviously attractive enough to create the impression that other guys are into her, too. But maybe she's not hot enough for him to throw caution (and grammar) to the wind and send her a message. It's the curse of being cute.

More generally, these types of trends in human behaviour about matching have been seen by scientists, adding credence to the views of Ok Trends. 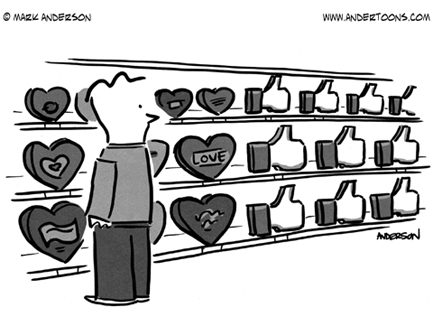 7. Are digital roses a good idea?
On the face of it, sending a digital rose to a potential Valentine sounds like a ridiculous idea. They are virtually costless and can seem sort of tacky – implying that such an addition would be a bad signal.  However, researchers have discovered this is not the case:

We use a field experiment to show that even when everyone can send a signal, signals are free and the only costs are opportunity costs, sending a signal increases the chances of success. In an online dating experiment, participants can attach “virtual roses” to a proposal to signal special interest in another participant. We find that attaching a rose to an offer substantially increases the chance of acceptance. This effect is driven by an increase in the acceptance rate when the offer is made to a participant who is less desirable than the proposer

A nice write up about this paper can be found over at Slate.

According to this divorce lawyer, even though it is popular (10% of annual proposals occur on this day), it can help to cause problems.

For all couples whether married or not, gay or straight, please lighten up and put Valentine’s Day in its proper context. Some people enjoy making Valentine’s Day a celebration of love and that’s wonderful.  Too many others feel obligated to “come through” with the grand gesture. When someone fails to meet his or her partner’s expectations, it can hurt the relationship far beyond one day.

9. New marriages and unemployment
The recent labour market data stated that the number of people who are unemployed is coming down.  How will this impact upon the formation of more relationships and marriages?

A newspaper poll back in 2011 suggested that women were relatively unwilling to marry an unemployed man.  Although this may appear obvious at first brush, such polls are far from conclusive evidence, and in fact it is not quite that clear!

A more recent analysis of household data in the US noted that unemployment was generally higher among single people than married people, and that it was an increased probability of transition out of employment to unemployment (and in the case of men also out of the labour force) that appeared to drive the result.

10. Unemployment and divorce
What about the other way around, how does unemployment impact upon the chance of separation? A neat paper by Susmita Roy discussed this with regards to Australia.

Looking at both cohabitation and marriage the findings were:

The concept of staying together “for richer, for poorer” appears to hold more weight in marriages than in cohabiting relationships ! 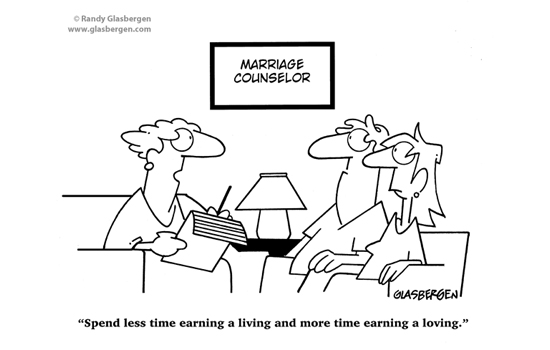 Post script:  To celebrate economics and Valentine’s Day we have set up voting for New Zealand’s sexiest economist over at TVHE.  I suggest going over there to support one of the New Zealand economists up there whose work you enjoy.

* Matt Nolan is an economist at Infometrics, and an author at the blog TVHE. He specialises in looking at the household sector, and household economic data, but will offer an opinion on pretty much anything related to business and the social sciences.

To suggest the key measure of life is a material outcome is to miss the movie because you're too busy counting your popcorn.

Since the mind is the most potent sex organ, I vote for Neville Bennett as NZ's sexiest economist.

To us types wot are less academic, this boils down to 'Preferences Trump Plans'

And an Interesting Torygraph article drives home the unintended consequences of a whole buncha Good Intentions....

The Squid is back

The tentacles are every where..
Maybe that is why Rio Tinto needed a New Zealand bailout to the tune of 30million, by Mr Key because they needed cheap power as they only were able to clear 4 Billion....poor sods.

I thought you sais testicles for a moment there, which would probably be closer to the theme of the article.

No that would have been a load of Bollards sais I.
I have never really understood our monetary system and how it works against those who do the right things, but rewards those who massage the systems, in their favour, but cry foul when others counterfeit.
Why do we have to pay someone a lot of money for doing practically nothing?, but get us into strife.
Why do we have to pay over the odds for common elements to Monopolistic entities?.
Why, is landbanking, better than rural banking?, but never as good as everyday banking.
Why do we bail-out the bad guys, reward the drug pushers, pay over the odds for each and every service, that used to be free, did not require a lifetime of work to fund idiots who cost more than we get ourselves.?
When did working the system, bending the rules in one direction, become commonplace.
Are we just piggy in the middle, or just fatheads for pandering to the overheads.?
Personally I think, they think we are stupid as a rule, so they rule as if we all are..
And sometimes, what I read, hear and imagine, proves the rule.
Not worth working, not worth having, not worth being honest, not worth a dime, a euro, a dollar, a pound of anything, we have been had.
And I have had it up to my......wot you sais.