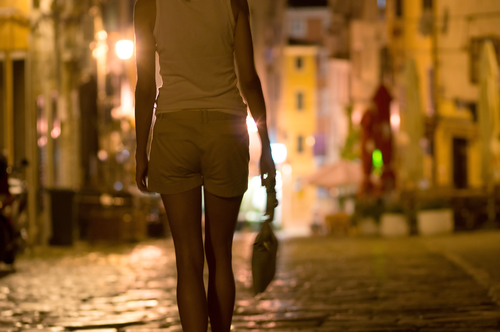 Let’s talk about sex… because everyone else is.

On Sunday the Chow brothers dropped their proposal to build a 15 story mega-brothel in Auckland’s CBD opposite SkyCity.

As church groups rejoice and concerned conservatives breathe a sigh of relief that Auckland will no longer be the Oceanic Sin City it could have been, I’m left wondering if this is something celebration-worthy.

For starters, the decision is far from the moral victory so many will claim. Like so many ventures its downfall was mostly financial; legal battles with opposition and a notable lack of momentum forced the Chows to weigh up risk and reward, and at this stage it just doesn’t seem worth it.

The whole point in decriminalising prostitution was to provide sex workers with the same protections and rights as other employees.

There was also the belief that by bringing the sex industry under the jurisdiction of the law, sex workers would be physically safer and have an improved lifestyle.

It is public and police awareness that protect sex workers. Properly established brothels enforce safe-sex policies, provide their workers with regular sexual health checks and drug screening and ensure that workers are of legal age.

It is the sex industry that goes unseen that is where our concern should lie.

Sex workers who work on the street are more likely to engage in drug use, be underage, suffer from STIs, or not fit into a particular gender or sexuality box, all of which prevent them from finding work in legitimate brothels. They are also more exposed to risk of rape and assault.

Small residential brothels with four or fewer workers are not required to have a brothel licence, giving them no one to answer to regarding how their workers are treated.

By establishing a large central brothel, smaller residential brothels could be forced to close, solving a number of concerns for Manukau Rd residents and their unwelcome midnight callers.

There have been increasing reports of young Asian women on international student visas being lured into sex work, specially in these small, predominantly Asian-run, residential brothels and ‘massage parlours’. Those on temporary visas are not permitted to work within the NZ sex industry.

Preventing a large central brothel being built won’t put an end to prostitution.

Wouldn’t everyone prefer sex being bought opposite a casino, rather than a school?

The sex industry is dominated by young women, eager to earn money fast, pay off debts and financially support themselves. Some may enter the industry in an act of financial desperation because jobs these days are poorly paid and hard to come by. Others may feel a sense of sexual empowerment and value the financial opportunities sex work provides.

A woman’s body is hers alone and what she chooses to do with it is her business.

Our primary concern should be minimising the risks to the individual in her chosen profession.

The Chow brothers’ decision to not go ahead with the brothel does not directly translate to fewer prostitutes, only fewer safe options for sex workers.

I'm pretty happy this development will not proceed. Like alot of people the idea of a large city based brothel wasn't in itself the key issue - it was the precise location of the proposal.
At the heart of the city and in a predominantly tourist area it was entirely innapropriate. By all means let the Chows develop their business but not right in everyone's faces thanks.

I think a lot of tourists would see it as a sign of a progressive modern country not stuck in the dark ages, as long as it wasn't run down or overbearing.

This of course ignores the brothels which already operate on Victoria Street West, Wellsely Street, Nelson Street and Hobson Street.

I reckon a brothel in Epsom will be welcome, Liz can then walk to work:).

And if they put a work and income near your place...

Not likely as it would be a waste of resources.

Foul comment by 'the best status".   Obviously not the 'best' - and 'status' is at the bottom of the barrel.

I hope your banned from this site for that comment Best Status .

Why, Liz has no real job and complains she cannot get ahead with student loan etc. It is an option? The comment is part in jest, but in these hard times you have to look outside of your comfort zone.

In fact there are a large number of brothels in epsom on manukau rd as stated in my article so no need for another to be opened for me. A job is classified as something at which you work hard and get paid. I have three. Your prostitute comments I can happily ignore but for the love of God my name is not Liz!

I'm sure you'd take offence if the shoe was on the other foot.

Asian imports have turned Awkland into what it is today.
At one stage it used to be the Japanese, the Brits, then others took over.
Now, they want to feel right at home, in their ticky tacky environment.
Sky City would not be where it is today, if certain people had not bent over backwards to enable the influx. Sin City would be nowhere without the blessings of the "Dear Leaders'.
"Let those who are without sin, cast the first stone".
If the truth hurts the people of Awkland, then who are we to disagree with the consequences.
Some people will do anything for money. (Even write about the excesses).
Some people will remember just who has benefited from all this decrimilisation.
You wouldn't read about it or write about it, if it were not so.
Moral hazzard is created by those with profit in mind.
"As ye sow, so shall ye reap"
There is a saying for just about every eventuality.
"Follow the money", is anothe one.
I do not get paid for my comments, totally free and above board.
"No charge, no foul"

Amsterdam has hookers in the windows in the middle of town. No one visits there and thinks - well isnt this city a debauched den of barbarism. Down the road they have loads of Rembrants, vermeers, tulips beautiful canals etc. Its about balance.
More hookers in the city I say!

yes they do think its the den of vice.
look into the eyes of the window displays if you don't believe it.  Personally can't see why anyone would enjoy that kind of thing myself...

Amsterdam is widely considered an elegant European capital of arts history and commerce. With a few adult streets thrown in, like any self respecting city.

You say Amsterdam and there are two activities that I think of; neither of which involves art, history or commerce ;o)

A well constructed and thought-provoking piece. Unfortunately, it's far too rational and sensible for many of the tin-foil brigade who bray the loudest

Does the author think that by having more high rise brothels in the CBD the competition in the suburbs would vanish ?

May be all brothels including the suburban ones (massage homes) should be strictly supervised and regulated, instead of allowing more high class, high rise brothels in the main part of CBD. Also better policing of street corners in notorious areas would go some way in removing the hazards for sex workers ?