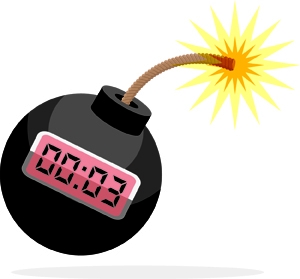 The National Party have now had a week to settle back in the Beehive, warm their reclaimed seats, rearrange the furniture, perhaps do a bit of DIY here and there. But before they get too comfortable, they have yet to clarify how they intend to tackle one of the biggest challenges facing New Zealand today: our ageing population.

The problem is, this government has no intention of dealing with the hornets’ nest that is superannuation (NZS). At least, not any Key-led government, given that upon entering office in 2008 he pledged to never tamper with the NZS qualifying age while he was in parliament.

The New Zealand Initiative is soon to release a report building on Treasury’s 2013 fiscal projections that identifies the factors which could have severe implications for New Zealand’s fiscal future. While New Zealand does not currently face a fiscal crisis, government procrastination in dealing with unsustainable superannuation spending commitments will undoubtedly create one.

Granted, no government is ever keen to address the thorny issue of ageing demographics and raising the qualifying age for superannuation. To do so has been seen as less Russian roulette and more instant political death by firing squad.

Particularly so for National, whose chances at re-election, would likely plummet if Key quit.

But what are the implications of Key’s binding promise? Does his refusal to ever address the most likely cause of a spending blowout necessarily imply that any political action will be deferred until we are in the midst of a crisis?

But an ambulance at the bottom of the valley is never preferable to a fence at the top of a cliff.

Furthermore, what if Key stays on for decades? The problem would only snowball, leaving the government with limited tools to tackle an imminent fiscal crisis.

The longer the government avoids addressing demographic trends, the higher the proportion of the voting population aged 60 and over. This makes it harder for any future government to deal with the problem. Furthermore, the faster that the ratio of the working population to the dependent person population falls, the greater the tax burden on each future worker.

Confronting New Zealand’s ageing population does not require a radical policy shift, but it does require immediate action of some kind to avoid a fiscal calamity.

But future fiscal problems will be reduced under all scenarios if higher productivity growth is achieved.

If a Key-led government will not act on superannuation, a focus on raising productivity growth becomes critically important.

* Khyaati Acharya is a research assistant at the New Zealand Initiative.

Key is the ultimate populist politician, and clearly very good at it. He also seems a master at political spin, which is also a very important part of his job description. One mildly surprising admission he made was noting just how much of his time he spends talking to the media, when talking about how often he talks to Slater of Whale Oil. Then when the spin catches up with him, he also has this magic teflon coatng. So the famed surplus that is coming could well be as fanciful as a few other claims. ( I was amused when seeing Mr Makhlouf of Treasury on CNBC being interviewed this week, smugly sitting there when the interviewer congratulated him for being in surplus. I was waiting for the correction by Makhlouf, but none came. Apparently if you say something enough it's true, even when it blatantly isn't).

So I'm not really sure that Key cares whether there's a surplus. Plenty of things to sell and borrow against.

On ageing, and all the tax and spend promises, it seems fairly clear that the maths doesn't add up. So there will need to be some tax or spend coming that will be s urpirsie. But maybe in a next government when the borrowing finally catches up with us.

Separately I wonder why this particular pension age is such a challenge.

Given most proposals are for some ramping up in a few years, and then only gradually, anyone now over 60 shouldn't care. Anyone 50-60 might care, but may not be looking that far ahead. Most under 50 won't be, and if they are, probably expect there to be a rise anyway.

So the populist in Key just may find a teflon way to raise the age over time in any case.

Even if you agree that super at 65 is unaffordable, there's nothing you can do about the impact because by the time any advance in age was implemented fully, ( around 2033), the so-called 'bulge' from the baby boom will be in decline. I believe it's affordable anyway. think of the total economy as a cake, - we all get a share, (although not equal ). The only way each of us would get a smaller piece, regardless of how many workers/superannuitants there are is if the economy shrinks. Is this likely to happen ? - No.

Agree with Stephen L.  Re Super: Given it's currently indexed to the average wage at a rate of >65% && <72% for a retired couple.  I expect the following to happen

1. Removal of the link between super and average wage.  Super will then be indexed to some fudge CPI statistic so that rampant inflation can safely eat away supers purchasing power.

2. Redefinition of the average wage to median wage.  That way as the economy tanks and the poor old middle class continues to get evaporated, median wages will drop and less superannuation will have to be paid out.

3. Government will assume that people will not let their beloved parents languish in poverty.  This will shift the burden of funding retirement from the state to families, a libertarians utopia.   Wealthy families will be okay but poor families will struggle.

4. Government will push the pedal to the metal running up deficits and will keep selling all productive assets to keep the charade going,  just long enough to hand the atomic bomb to the next Labour government.

I think Super is based on after tax average wages. Treasury in their PREFU felt that increasing tax rates through fiscal drag would effectively lower the rate of super.

..a focus on raising productivity growth

Well that's been their focus since first being elected in 2008 - as Fran O'Sullivan points out prior to their first budget in 2009;

Fran O'Sullivan: Conservative's push may be anything but

The Treasury will be beefed up. The previous Government's mantra of economic transformation and sustainability is out. What's in is a refocus on competitiveness and productivity.

Before Kiwisaver was formulated by Sir Micky Cullen , Gareth Morgan had written extensively that NZ did not have a savings problem , it was just that Kiwis weren't saving in manners the politicians thought prudent ....

... we always had lotsa dosh in term deposits , a beachside bach , Bonus bonds , a small block of pine trees , and other safe slow growing endeavours ...

Retiring sooner or later has never really been an issue ...

... meddling by politicians with a system that Kiwis understood , and which actually worked , has been the real issue ...

Yep, I think the UK has a system of you only get pension if you work and pay tax in NZ, hence NZ should do the same thing, ie work 1/2 your life here, gt 1/2 pension.

Of course even that is probably too much,

And you can still do that if you would rather, however, Kiwisaver is at least something for those who will never even get a look at that list to have at the end of their working days, as many will not even own their own home, such is far too much inequality.

I cannot see why this subject of Super is even discussed when the most important problems of housing affordability, foreign black money coming in and the immigration issues are much more topics that Key is ignoring. When that loosely anchored money decides to decamp there will be an almighty crisis for Key to try to manage and he will fail miserably because he neglects it now.

Another bleat by someone in the finance industry.....

What an incredibly shallow piece. Not mentioning all sorts of related issues like Cullen fund, the desirability (vote-ability) of pushing up the age where people can access Kiwisaver, that Labour has just lost an election badly with policies like increasing the age of super and a really big one: that longevity will drop dramatically when all the really obese people out there reach 50!

David Parker is very good at putting the cost of Super in context:

Is that calculated cost of Super adjusted for the inevitable work and income beneficiary outlays for those not elgible for work due to age and illness etc once citizens reach the age of 65?

And the extra unemployment benefits for those additional young people who don't have a job because some old person has not retired at 65.....

Super is still being taxed for, the 1970's Super stolen by Muldoon was just consoldidated into the general fund. This 6% itax is now a invisable tax,  PAYE is the third highest tax take, so whats 6% of it?  Once over 65  and get any extra income its taxed at 30% ,its a mean test, its why the rich and various media personalities hate Super and claim its unaffordable. Think about it. So add in the 30% tax on over 65s, and Super is taxed as income, Nett super figures arenever released because people would revolt at any changes. We are just sheep.