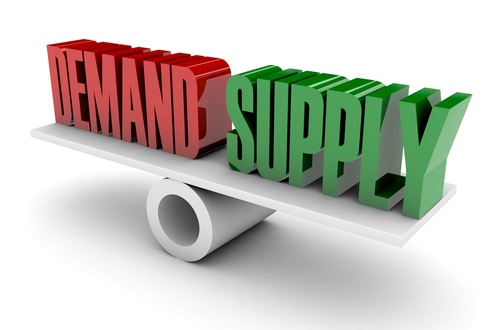 For anyone who has recently travelled abroad, the pleasure of coming home to New Zealand is spoilt by an unpleasant observation. We have become one of the most expensive places on earth.

Whatever you may have been doing on your trips to large parts of Europe, Asia or the Americas, most things are a lot more expensive on our shores. Doing your weekly shopping, staying at hotels or eating out are often substantially cheaper elsewhere.

If we are concerned about the economic implications of New Zealand’s price level, or if we would just like to have access to the kinds of deals and bargains taken for granted in other countries, we need to understand what determines prices. Even if there are a thousand different factors at play, prices are not rocket science. They are always and everywhere determined by just three basic factors. Just look at the oil market, for example.

A year ago, the price of crude oil was twice as high as it is today. While there are plenty of explanations for the drop in price, both political and economic, you can boil them down to three words: supply, demand and competition.

Yes, sometimes economics is that simple.

While demand for oil obviously fluctuates, the biggest driver of oil prices has been a surge of supply, not least thanks to new drilling methods which led the United States on the path to self-sufficiency. However, the lubricant (quite an apt metaphor in this context) in the game of supply and demand was competition. Had it not been for the fierce actions of all players in flooding the market with oil, if only to protect their market shares, we would not have seen much of a price movement at all.

Demand, supply and competition: If you want to have an impact on prices, you have to change at least one of these variables. So what does this mean for New Zealand’s cost of living level? Which of these levers could you pull – and how?

To start with, you could try to do something about demand. In practice, however, you would not want to. The one demand related thing that would drive down prices is a reduction in incomes. If people had less money to spend, prices would fall (all other things being equal). Is this a sensible policy option? Well, obviously not.

Which leaves the other two variables: Supply and competition. If more goods came to the market, as is currently on display in crude oil, prices get pushed down. Now, there is nothing that government can or should do to increase the supply of anything – except to ensure that nothing stops new supply from reaching the market.

It is this openness of markets to new entrants that is crucial to both supply and competition. Markets that are more difficult to enter have limited flexibility on the supply side and are likely to show less competitive behaviour.

It is crucial in this context to be clear what we mean by competition. Competition is not a numbers game, and the number of companies in any given market has little to say about how competitive that particular market is. You can have two or even just one company serving a market and still get a competitive outcome as long as there is a realistic threat that a new player might enter any moment.

The common complaint that New Zealand’s markets are small and that therefore only few companies serve them misses the point. Far more important than any considerations about market shares or the number of companies are low barriers to entry. On this front, New Zealand could do a lot better.

As a small and remote country, New Zealand is nice to have in the portfolios of international investors. For these potential market entrants to actually set up shop here, New Zealand therefore should not be a difficult place to do business. Unfortunately, it is.

Before any international newcomer can even enter New Zealand, we subject them to a bureaucratic and onerous screening test under the Overseas Investment Act. We then subject them and domestic investors to the planning regime under the Resource Management Act. We know how much time and money it costs to clear both these hurdles before, say, a new retail chain could start their business activities in New Zealand, especially if they are foreign owned. And then these potential investors rightly ask themselves whether the hassle is really worth it only to enter a faraway market of just 4.5 million consumers.

If potential market entrants are that hesitant about coming to New Zealand because of the regulatory obstacles we put in their way, then we should not be surprised about our high price level. We only have ourselves to blame for putting in place policies that have the unfortunate effect of reducing supply and competition.

Conversely, if we were seriously concerned about New Zealand’s high cost of living, then it is easy to see from which angle the problem could be attacked. And that means making our country a more attractive place for investors, both international and domestic, to do business. Just imagine what the market entry of Swedish furniture giant Ikea would do to New Zealand furniture prices and consumer choice. You can see the effect across the Tasman where Ikea has been operating for years, much to the delight of Australian consumers.

Yes, there are a thousand things that have a role to play when determining individual product prices in an economy: interest rates, wages, exchange rates and taxes, to just name a few. But that does not change the fact that what matters more than anything else for the price system to work properly is competition.

You cannot legislate for more competition, but we should make it easier for competition to work its magic in New Zealand by removing anything that has the potential of artificially increasing barriers to market entry.

Open markets and fierce competition are consumers’ best friends. Think about it next time you refill your car – and enjoy it on your next trip abroad.

*Dr Oliver Hartwich is the Executive Director of The New Zealand Initiative. This is the Initiative's weekly column for interest.co.nz.

Strange argument with little in the way of actual comparitive analysis. I was under the impression that NZ was in the top tier for ease of doing business so I looked it up:
http://www.doingbusiness.org/rankings
There we are at #2, just behind Singapore.
What we do have are some highly uncompetitive and protected sectors sucking our wealth away almost unnoticed. For Example :
professional services- legal, engineers, etc are rorting their fellow kiwis for all they can get. Hundreds if not thousands of dollars an hour for pretty basic skills.
Abysmal, unproductive councils with zero competition.
We have high debt levels and a huge annual drain of wealth to our overseas owners. No wonder the likes of Ikea are not interested - the median adult Kiwi on $30k/year is just flat out broke.

And if Ikea WOULD come to NZ, a lot of furniture makers will be out of business and will become sales people for Ikea, at half the wages. Not quite the desired effect of "competition"...

What exactly do you think is "the desired effect of competition", then?

If you want to continue paying inflated prices in order to keep inefficient businesses going, you are free to do so.

That does not give you the right to force other people to do so, when they have other concerns, other priorities, and different opinions as to what is and is not a good use of their money.

Have a look at what Iconoclast is saying down below...

Just where does Freedom Furniture, Target or most stores get their goods from? Not NZ I assure you.

Problem with New Zealand prices is that we have embraced the idea of being a plantation economy, and we have to shop at the company store.
We do the work, but they own us lock stock and soul.

This is so true :-) ... maybe this is also why last time I went to a NZ consulate in India the visa queue was full of illiterate looking peasants (no joke here) - the planation needs additional hands.

Maybe we should all return to keeping chooks and growing a vege patch to put up a bit of competition to the rorts at NW et al. Coz does not look like Aldi and Lidl who just screwed fellow rort Tesco in the UK are going to come our way any time soon.

Our market is so small that in effect many brands can control the market to price gouge. Easy of entry? why with so few people would someone bother unless they had a fat margin to entice them?

Problem is that in many cases they're right.

Drop the price and your asset just gets mistreated with disrespect.   How dare you be a tall enough poppy to help anyone else out, you aren't on TV.

Reads more like a political whine while short on data/proof.
Competitors dont compete here they can see that no one does so price accordingly. Our reputation for ease of doing business seems to be well in advance of many countries.  Our RMA stops our environment be degraded any faster than it is.
Lots of rorts going on...

New Zealand businesses also pay NZ property prices either directly through ownership or indirectly through rent.  They also pay NZ salaries which include paying the mortgages or rents of their staff.  Affordable house prices and commerical proeprty prices would go a long way to reducing prices in NZ.

IKEA, is a charity registered in the Netherlands that pays no tax whatsoever
http://www.theage.com.au/business/comment-and-analysis/ikea-pays-a-low-amount-of-tax-20140831-10ak6j.html
Hartwich would have local joinery and furniture makers who pay tax and employ people who also pay tax, replaced by offshore entities that would strip value out of new zealand without paying tax
http://www.brisbanetimes.com.au/comment/ikea-risks-losing-consumer-trust-over-taxes-20140905-10cfku.html