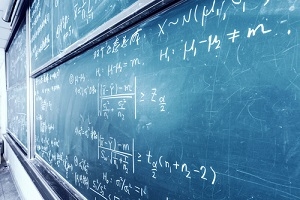 In 2012 Earthquake Recovery Minister Gerry Brownlee publicly stated he was sick and tired of all the carping and moaning from Christchurch residents.

As the fifth anniversary of the Canterbury earthquakes is now upon us, I thought it best just to update you on three top reasons that residents continue to carp and moan:

Let’s take a look at the latest progress from the two companies that between them have two thirds of the most extensively damaged properties in Canterbury, IAG and Southern Response:

The numbers speak for themselves; the last five years have been a slow grind down by insurers.

The numbers also tell a different story to that which IAG chief executive, Jacki Johnson, told interest.co.nz in a Double Shot interview earlier this week.

Johnson said she couldn't comment on the number of properties rebuilt, repaired or cash settled, as she didn't have the figures with her. Rather she described IAG's progress by saying it's settled 78% of claims. This takes into consideration the fact one property may have a number of claims, including contents insurance claims.

So how long would you be prepared to wait in your damaged home?

For insurers to suggest the remaining 40% of claims will be settled by the middle of next year is aspirational at best.

2. Insurers are out of reinsurance cash

At the end of 2011 IAG’s internal actuary estimated the cost of the devastating 22 February 2011 earthquake at approx. $1.9bln.

That estimate went up by a billion in 2012 and then another billion in 2014 and IAG has now confirmed it has officially breached its $4bln reinsurance treaty limit.

Further losses will fall on IAG and its shareholders, not its reinsurers.

Southern Response, the company that took over the collapsed AMI Insurance, valued its loss estimate at $1.8bln when it was bailed out in April 2012.

It has increased by a billion dollars since then, with the Government (taxpayer) promising more if needed.

The accepted reason for AMI’s collapse was its lack of reinsurance.

Tower and all other general insurers have experienced similar eye watering increases in claim costs from Canterbury over the last few years.

Known in the industry as “loss creep” the extent of future “creep” will very much depend on the resilience of the remaining carpers and moaners.

3. There is nothing homeowners can do

While insurers have thrown every spare body they can in front of the train, from Council consenting delays, EQC assessment problems, land complexity or customer “indecision”, the reality is they are slowing down.

Perhaps the most frustrating thing for homeowners is that there is nothing they can do about this.

New Zealand has zero external regulation for the settlement of a claim within a contract of insurance.

No doubt insurers prefer it that way, but the hands off approach is becoming tiresome after five years and a breeding ground for the carper and moaner.

Litigation is not an option for many, given the high cost of justice for your average carper.

So moaning it is then.

So please excuse those you may see or hear carping and moaning during the fifth anniversary.

There are a lot of us left you see – and still plenty to carp and moan about.

It is past time legislators ruled to put industry self-regulation without sanctions in the dustbin of indefensible failed undertakings.

Many of the long tail of claims are the very knotty ones, e.g. multi-unit properties.

Consider a block of six flats, all in a row.

There was a body corporate, which theoretically could have insured everyone under one policy. It met four times, the last 15 years ago. Between all of the six units, there are four insurers. The owner of Unit 4 died intestate 2 years ago. The owner of Unit 1 is overseas, permanently. The owners of units 5 and 6 communicate only via their lawyers despite living 2 metres apart.

So, Cam, wave your wand over this toad and see if you can transmogrify it into a prince.....

Absolute crap Waymad. Body corps and cross lease claims are a minority of the unsettled claims.

We have 3 unsettled overcaps all stand alone standard houses. Two are TC2, one only is a minor jack and pack it's overcap because it's a big house and with 3 collapsed chimneys.

We have a further TC3 one, which has a buggered foundation and EQC still have it undercap!

The fact is that the cross lease claims could all be settled without an agreement between parties anyway, because the the insurer could in theory pay the damage amount and the parties then sort it out amongst themselves. (A close family member is in this situation and unresolved with SR, she is 90 now).

40% of claims still unsettled after 5 years? Why aren't people rioting on the streets? Or are they still impassable? I agree with Stephen, this situation screams out for regulation. Perhaps a rule that claims start accruing interest if not settled within 90 days?

They shot the messenger. Campbell Live

And as reward for firing the bullet, reality TV queen, Julie Christie got her first political appointment on the flag panel. The irony of it, eh?

You need to point out that the 8000 odd homes waiting affects maybe 15,000 people who have had their lives on hold and in some cases ruined for 5 full years.

It is a national disgrace.

And what's the media interested in? The plight of refugees from Africa and the Middle East who may or may not be escaping war, but more likely just trying to get a free hand up at someone else's expense.

All the while thousands of NZers are having their freedoms, rights and ability to live normally trampled on while no one even bats an eye.

Surely we can first deal with the hardships at home caused by insurance companies in Chch, absurd housing market conditions in Auckland, and general poverty in NZ families.

...someone in the media was very intersted...but look what happened to him.

In the midst of all the suffering and anguish in Christchurch during the earthquakes, can you believe that the so-called Earthquake Recovery Minister called the citizens of Christchurch "carpers and moaners"? Where was the empathy? Where was the compassion? And to be relevant to your piece, where was the regulation of the insurance industry so sorely needed in Christchurch in the last 5 years. Thank you Cam for reminding me, previously a life-time National voter living in Brownlee's electorate, why I will never vote National again.

These are tough times though. Johnson, who is based in Auckland, took a half-million-dollar pay cut this year. Her take home pay dropped to $4.1m, according to IAG's annual report for the 2015 financial year, ending June 30.

And the part I really don't comprehend, five years later and your still having to pay for the privilege of waiting, what the heck is with that?

It must also be noted that a significant number of those repairs marked as complete have been shown to be substandard. See MBIE report which shows that 55 out of the 90 houses in the survey had non-compliant repairs.
http://www.mbie.govt.nz/about/whats-happening/news/document-image-libra…

All very tragic but it hasn't been 5 years. The rebuild only started 2 & 1/2 years ago. media and carpers/moaners love talking about the earthquake as one event - at last count there were over 10,000 tremors with 50 of them over magnitude 5.0. The cbd red zone cordon was only reopened in June 2013. Insurance council state that insurers have spent $15bn to date which is about $10-$15mn every single day. My family took the cash 18mths ago and got on with our lives.