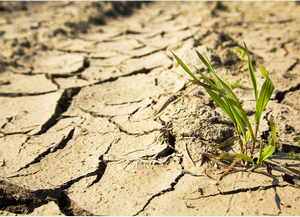 By Kirdan Lees and Geoff Parr*

This summer will be a scorcher. MetService is forecasting the most severe El Niño in over 20 years. Past El Niño events have hit farmers hard and tipped New Zealand into recession. But farming today is not the farming of yesteryear and we need to examine local conditions one region at a time to understand the likely impacts.

Even under a severe event, recession is far from pre-ordained. Key commodity prices could even lift a little.

When it comes to the accuracy of forecasting, meteorologists put economists to shame. So when the MetService say the following, we listen:

The current state of the ocean-atmosphere in the Pacific and the international consensus forecast suggest that this event could then rank amongst the 4 strongest El Niño events recorded (along with 1972/73, 1982/83 and 1997/98).

This summer, expect a number of newspapers to run photos of farmers standing in dry, bare paddocks. Severe El Niño events can generate recessions (see Figure 1). But so do many other events (such as the Asian financial crisis), and not every El Niño event generates a recession.

Figure 2 tracks the path of GDP after the three most severe El Niño events since 1950. It shows short-run decreases in output following severe events in November of 1982 and 1997. But other factors generated strong output growth after 1972/73. So knowing whether a severe El Niño event will be sufficient to generate a recession this summer requires digging a little deeper.

Farming today is not farming of yesteryear

Irrigation also makes a material difference to resilience, mitigating the extent to which warm El Niño conditions are translated into drought. Farmers today are also more likely to be creative in dealing with drought - they can see it coming and use alternative feed practices and shift stock around to reduce exposure to dry conditions.

The impact will also depend on whether El Niño affects all of New Zealand, or just certain regions. To an extent, farmers can sell livestock into areas which may have less of a concern with drought, and buy feed from farmers who aren't affected so much. Existing Reserve Bank research does a nice job of showing the importance of just where the drought occurs. It points to a net impact of 0.3 percent of GDP from the 2013 drought, but an event that has a larger impact on the North Island could generate a 0.7 percent impact on GDP.

The location of dairy has shifted markedly over the past 25 years, shifting towards Southland and Canterbury for example (see Figure 5). Precisely how – and where – hot and dry El Niño conditions manifest in local drought conditions will therefore determine the magnitude of the impact that flows through to the national economy.

But perhaps most important is the relative impact of El Niño not within New Zealand but across the globe. If many of our competitors are also adversely affected by El Niño then we would expect some offsetting impact of commodity prices being pushed higher by a lack of supply of dairy, although higher supplies of meat may push some commodity prices lower.

Typically, El Niño conditions hammer Australia and New Zealand but favour the US and euro area and lift growth in these areas (see Cashin, Mohaddes and Raissi 2015). Overall, Kamber, McDonald and Price (2013) suggest that world dairy prices were about 10 percent higher in 2013 from the drought conditions observed in New Zealand that season.

Farmers will know their local conditions better than anyone. But at a national level, to minimise disruptions and mitigate the impacts, policymakers should listen to rural networks and will need to track:

 Widely available indices, such as the Oceanic Niño Index that tracks evolving climate conditions which have been associated with drought in the New Zealand in the past.

 Soil moisture deficit readings to track relative differences in drought conditions across New Zealand. Right now New Zealand has had a wet, wet winter and much of New Zealand is at moisture capacity.

 Drought conditions in the economies of competing agricultural producers.

A drought will hurt but farmers have developed a range of options to deal with these events. At a national level, if required, monetary policy will play a role, lowering interest rates and depreciating the NZ dollar. A material El Niño would knock agricultural GDP, but a recession is far from inevitable.

*This article is an NZIER Insight by Kirdan Lees and Geoff Parr. It can also be found on NZIER's website complete with references here.

Many dairy farmers in Canterbury have invested heavily in spray (centre pivot) irrigation and (where they make sense) in on-farm storage dams. This enables them to continue irrigating judiciously when river abstractions are restricted by resource consent conditions. This investment paid off during the first few warm, dry months of 2015 and will hopefully reduce the consequences of the expected El Niño.

No forecast is as accurate further into the future you get. On the east coast (North) we are getting some good rain to set us up for good grass growth. Experts and mother nature can very often have different ideas.

Drought looks like a savour to the over-producing dairy sector in NZ.

Since drought are most likely regionalised, and unaffected regions are likely to benefit from high dairy prices without any loss in production, there may be some sort of regime that the govt should think about to smooth out this regional inequality.

Some big farmers already own multiple farms in different regions to achieve such diversification.