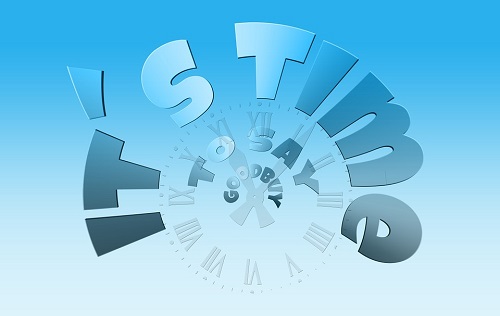 It is to be hoped that the latest round of rumblings about a possible separation of Kiwibank and NZ Post do this time come to fruition.

The developing saga that sees a strong but capital-constrained bank (Kiwibank) being straight-jacketed within the ownership of a structurally declining business (NZ Post) has become a classic example of how politics and business don't mix well.

It seems to me that the abundant political ramifications have been allowed to far outweigh the business practicalities.

Going back to the formation of Kiwibank in 2001 there was some commonsense business logic in containing the fledgling bank within what, in NZ Post, was then a strong and successful commercial enterprise.

However, in my opinion it has been crystal clear for a number of years that the original core business of NZ Post - letter delivery - was in structural decline. Whether NZ Post has picked up the cudgels well enough in terms of boosting its presence in parcel delivery or online services is something that can be debated. It doesn't appear so and you have to wonder if it's been too pre-occupied with the decline of the letter business and its perceived Government/public service commitments.

I certainly thought if there was any business this Government should have looked to privatise it was NZ Post. But it's probably too late now. We are now into a cycle of diminishing returns.

What that means is that Kiwibank as of today is sitting in the middle of a business that looks to me to be effectively now in 'runoff' mode. Clearly that's an untenable situation.

An unambiguous move to separate Kiwibank from NZ Post now has to be made as a matter of some urgency. As a bank it requires the confidence of its customers and the rating agencies. Even though NZ Post is government owned, there is a risk that the woes of the parent will start to have a negative impact on Kiwibank and IT could start going backwards as well.

I can only suppose the Government has put off this necessary separation of the two business for far too long because of the inevitable political fallout that will transpire. Opposition MPs of all stripes will line up with a chorusline of: "Kiwibank's going to be sold" the minute that any such separation will be announced.

We can have the debate later about whether or not taxpayers should own a bank. Right now we need to ensure that the bank is kept in the good health it is already.

And while Kiwibank has been able to get out and about and successfully raise capital on its own account, you have to think that a 'cleaner' ownership structure directly under the Crown umbrella would only help with its international visibility and ability to raise funds.

Once the the separation has been completed then NZ Post can be left to focus fully on what becomes of it.

I've got to say, I'm not optimistic. The political delays have probably sealed its fate. This could be bad news for the taxpayer further down the track.

So what are they going to do for business premises? Put them in separate shops and incur twice the rental costs?

Don't be silly, they can stay in the same premises, they will just need to appoint another thirty odd middle management to run the leases and IT agreements etc with another few higher managers to oversee. That's what efficiency is all about isn't it.

So all those holders of KB "trust" savings accounts like PIE's will need some clarification as right now NZ Post is the guarantor of those accounts should KB find themselves going bust. I can't see NZ post in any position now to pay back deposit holders should that be the case in the near future

If left allow for another ten years it will reverse with kiwi bank being the bigger and more dominant party of the two and will be able to carry NZ post. As usual short sighted NZ we don't look to the future just the now.
Also for NZ post the courier business is the golden goose not the mail and they need to realise that and concentrate on that side of the business.
Mail will die to next to nothing but you have the infrastructure in place to take the courier deliveries to a new level

Did you read the article cause they are implying NZ post is the noose around KB. Yet a bank can easily fall over with less than 10 equity of deposits and deposit decline or mass withdrawal.

#Justice your comment highlights the main anomaly in David's article. Successive governments have used NZ Post as a slush fund, most recently as a means of topping-up KB's capital reserve requirements. If the parent is ailing, it's not for want of revenue. ParcelPost consumers can vouch for that.

Could also be change coming up in the way rural mail is delivered,if the spike in the number of runs for sale is anything to go by.

They will want it sorted now so it can be sold off after the next election.