NZ Initiative's Martine Udahemuka says we need to find out what works in schools and then apply it to those that are less successful
26th Apr 16, 9:24am by Guest 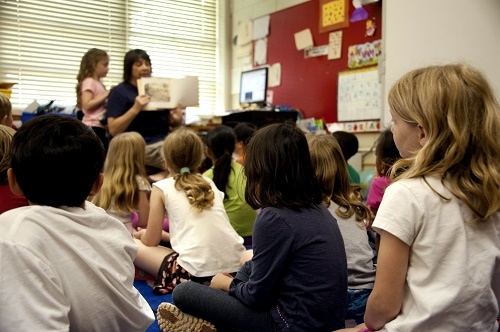 Imagine if scientists, after years of trial-and-error, found a cure for a rare disease but could not articulate which of the concoctions tested was the winner. All that they would know is that ‘something’ worked.

That is generally how schools in New Zealand operate. This is not to suggest that teachers do not use well-researched practices. On the contrary. The challenge is figuring out which of the myriad of tactics used actually led to which results for which students.

Most New Zealand schools serve their students well. But many others fail to give their students the opportunities to reach their potential. The rhetoric is that on academic benchmarks, schools educating more students from lower-socio economic areas are less effective than are schools with fewer of the same students.

There are, however, examples of lower decile schools that beat the odds. They are the outliers in scatter plot diagrams, the lone stars in rankings of schools like them. The leaders and teachers in these schools have found the answers that help dispel the failure stereotype. What is more challenging is articulating the formula that got them there.

The schooling sector and community lack systematic and deliberate analysis to find out exactly what happens in these schools that may lead to the stellar results.

This is exactly what US researchers Will Dobbie and Roland Fryer sought to do in their quest for closing the achievement gap in US schools. The researchers agreed that though there is qualitative evidence spanning decades, there had been fewer attempts to collect quantitative data to inform systematic school improvements.

Dobbie and Fryer went into the inner-workings of 39 charter schools in New York City to figure out what sets them apart from other schools in the area.

They reviewed over four decades of qualitative research and found over 500 variables that have an effect on student achievement. The researchers set out to find which of the variables were prevalent in the successful schools. They collected a wide variety of information from principals, teachers, and students. Volumes of granular data were collected including video-taped classroom sessions.

Contrary to popular belief, input variables such as class size, per pupil expenditure, and teacher certification had little to do with school effectiveness. Instead the researchers found five factors that united the schools. These were: frequent teacher feedback from their leaders, good use of data by teachers, high-dosage tutoring, an extended school day and year, and a culture of high expectations. Together the practices explained almost half of the difference in school effectiveness, particularly in maths and literacy.

What is interesting is less about the type of factors found to work but rather that these factors were found across all types of schools, despite the variability in the schools’ ethos and strategies.

US Charter schools were developed, in part, to serve as a Research and Development engine for traditional public schools, resulting in a wide variety of school innovations. New Zealand’s outlier (or the successful low-decile) schools too could act as incubators of best practice to be infused into similar schools.

The overarching lesson from Dobbie and Fryer’s work is two-fold: first, find out what works and why, and, second, inject what works in schools that are less successful.

Experiments that are purposeful could help close some of the gaps that divide New Zealand schools along socio-economic lines.

As with many government funded things the battle cry is always "we need more funding", after all this time, so frustrating.
The reality is simple. You can lead a horse to water......, But if you must lead it, there must be water.
The success of any training organisation is not only dependent on the material it provides and the presentation, but also strongly on the motivation of those attending.
In the case of low decile schools they take all who deign to turn up and have a higher proportion of students who view this time as wasted and would rather be elsewhere. The higher decile schools have the luxury of offering positions to those more likely to attend to their studies. In both cases the peer effect reinforces the culture and a disparity develops which just looks like poor Vs rich.
The thought police will never allow the utterance of differing abilities and how the seemingly unteachable infect those who would learn if they were not smothered by dimwitted and disruptive behaviour leaving all with their potential unrealized.
Cry about this strategy, with multiple classes in each form, each term select top 5 and bottom 5 performers in your class and to move up or down respectively. Correct application of different teaching techniques to the groups and challenge them at their own level.
Too many are just please to get out of school and simply view it as time served, too few look back at it with pride and the personal satisfaction that they have done what they came to do.
But, good luck getting that to fly.

Good comment and good ideas. It would appear that we do sort of the opposite of this. A reliable informant tells me that at one school near me a quota of out of zone students are catered for especially and they are generally quite disruptive and show little interest in learning.

Frequent teacher feedback, good use of data by teachers, high-dosage tutoring, and a culture of high expectations are a function themselves of class size, per pupil expenditure and teacher training (which leads to certification). Try giving frequent teacher feedback and having time to spend looking at data when you have 40 pupils as opposed to 20.
This 'finding' is a bit like a rich person telling a poor person, "staying healthy is easy, all you have to do is eat healthy food and live in a warm and dry house - money is actually not as important as those things."
This is just a plug for charter schools. Tell me, so far in the NZ charter schools experiment, has the funding per pupil been on par with normal state schools?
ps I already know the answer.

"Research" into public education might be the world's best example of a working perpetual motion machine.

I had hoped this article would be a call for randomised controlled trials (RCTs) of education practices in NZ. The study cited is just a review/meta analysis of qualitative studies. If we actually want know which interventions improve educational outcomes, and, importantly, if we want to quantify their benefits to make informed choices about what to invest in, we require well-conducted RCTs.

The challenges are more spiritual in nature than socio-economic or systemic. Students emerge from different historical streams that shape their spirit so student outcomes will always be different. Kindred spirits will always seek each other out. Attempts have been made to erase or rewrite history to overcome this but the cure is worse than the disease. Think Orwell's 1984.