Grant Duncan calls for ACC to be extended as originally intended to cover major health issues not caused in employment. The reaching of full funding sustainability opens the option

Grant Duncan calls for ACC to be extended as originally intended to cover major health issues not caused in employment. The reaching of full funding sustainability opens the option
15th Jun 16, 10:38am
by Guest 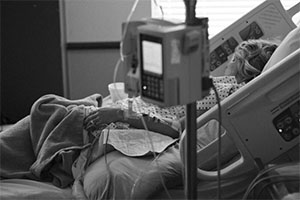 In December 2017, we will mark the 50th anniversary of the Royal Commission report Compensation for Personal Injury in New Zealand, commonly known as the Woodhouse Report after its chair, the late Sir Owen.

This pioneering report led to New Zealand’s unique universal 24-hour accident compensation and rehabilitation scheme, the ACC, which opened for business in 1974. Consequently, all suits for compensation for personal injury were barred from our courts.

ACC was initiated by successive National and Labour governments. In spite of failed efforts to privatise it, it survives as a state monopoly to this day. The scheme is now in fine financial health due to its reserve funds that cover the outstanding claims liability. As at 30 June 2015, ACC’s investment fund was $32 billion. Buying 25% of Kiwibank is no problem! And it raked in $4 billion in investment income that financial year – almost as much as the levy revenues.

Most important though is that many New Zealanders get assistance from ACC for losses incurred from personal injury, including return-to-work assistance. That’s over 1.8 million registered claims in the 2015 year, 1.5 million of which were for medical fees only. About 100,000 claims included weekly compensation for lost earnings, normally at 80% of previous earnings. ACC accepted 235 new ‘serious injury’ claims, and 1,057 fatality claims. The year’s expenditure on rehabilitation and compensation came to a total of about $3.2 billion.

But, if you are unlucky enough to be severely disabled due to a congenital disorder, or due to a chronic illness that was not caused in employment, then you are not covered by ACC. You get lower public-health subsidies, leaner and meaner rehabilitation support, and means-tested welfare assistance. The Supported Living Payment (SLP) for those who have ‘a health condition, injury or disability that severely limits their ability to work on a long-term basis’ is paid to about 94,000 people, almost a third of whom qualify due to ‘psychological or psychiatric conditions’. Anyone financially supported by a spouse, however, is ineligible due to means-testing.

In Trevethick v Ministry of Health, the Court of Appeal found that the disparity between disability covered by ACC and disability covered by health and welfare is prima facie discrimination. But the Court ruled that the discrimination was justifiable under the NZ Bill of Rights Act. It regarded ACC law as substituting the right to sue with various no-fault entitlements for personal injury, while the costs of illness could legitimately be treated separately. Such is the law, and the injustice to the disability community remains.

Now, a founding principle of the ACC is that it should not matter when a personal injury occurred or what the cause was. The losses to the victim, the employer and the community are the same, regardless. We should address the injury and its consequences without wasting time in litigation over who is to blame or who should pay. We should support the injured, and return them to work and other normal activities as soon as we can. Indeed, in 1967, Sir Owen was so far ahead of his time that he also envisaged going a step further to include all disability and incapacity, regardless of cause, sickness or injury. What held him back from making a recommendation encompassing all incapacity was the need to take one step at a time and to gather the necessary statistics. Otherwise, the report states, ‘the proposals put forward for injury leave the way entirely open for sickness to follow’. Sir Owen’s comments about the eventual inclusion of illness in the compensation scheme have yet to be put into practice.

The 1988 Royal Commission on Social Policy did note, however, the inequity between disabilities caused by accident and those due to sickness, and it recommended bridging the gap. Subsequently, the Rehabilitation and Incapacity Bill, introduced into parliament by the Hon Dr Michael Cullen in 1990, applied to all incapacity for employment regardless of the circumstances from which it arose or whether it was a physical or mental condition. This legislation did not survive the change of government later that year.

ACC is now fully-funded and continues to provide vocational and social rehabilitation for personal injury. It has a mandate to support injury prevention programmes. There is some evidence that, compared with the mean-tested welfare system, ACC gets those incapacitated for work back into employment sooner. From an Economics 101 viewpoint this is counterintuitive, as ACC applies a higher wage-replacement rate than welfare. But perhaps the better support early on means better outcomes. What we do know (thanks to regular comparative monitoring reports) is that ACC’s return-to-work rates for injured employees are closely comparable with the Australian states.

The point now is to re-think our approach to disability and to take Sir Owen’s vision seriously. That is, to shift sickness-related disability out of the MSD model and into ACC cover.

Predictably, people will say it’s ‘unaffordable’. But, we are paying taxes for illness-related disability anyway, through MSD – currently over $1.5 billion per annum on the SLP. Illness caused in employment is already covered by ACC, on the other hand. There are many more who are disabled due to illness and yet are ineligible for either ACC or Work and Income benefits, but surely the community stands to benefit from addressing the rehabilitation needs of these citizens.

Of course, ACC expenditure, and hence levies, would rise if it were to cover illness-related incapacity – but not, it must be said, the employers’ levy, as work-related illness is already covered by that. As MSD’s sickness-related benefits costs are reduced, and as ACC picks up more of the public-health expenses, there would be some off-setting savings on the government’s budget. To cope with the rather lengthy transition period, ACC reserves are sufficiently large to absorb a temporary fluctuation in expenditure.

The next step, as Sir Owen said, is to gather the statistics needed to make a rational judgement about the cost and feasibility of extending ACC cover to illnesses. We need more in-depth research and analysis of this concept.

Potentially, it means affordable income-replacement insurance and rehabilitation for all New Zealanders incapacitated due to any form of illness or injury.

Grant Duncan is an Associate Professor in the School of People, Environment and Planning, at Massey University. This article was first published on AUT's Briefing Papers series. It is here with permission.