NZ Initiative's Martine Udahemuka says the key for parents is to be able to find out which school and teacher will be the most effective for their child
20th Jun 16, 9:22am by Guest 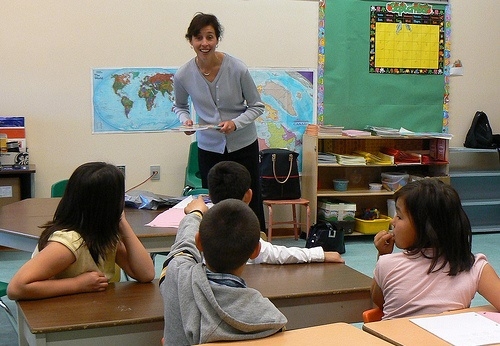 After returning an English exam paper marked “43%”, a teacher asked her 13-year-old student “did you cheat”? To which the student nodded with a “yes”.

Three years later, that same student was told by that same teacher, after giving a speech the student was rather proud of, that “try as you may, you will never get anything more than 60% because of your accent”.

That teenager was me. The cheating allegation happened in my first year of high school. To clarify, I had not cheated, I just hadn’t understood the teacher’s accent.

It was my first year as a refugee student in New Zealand. I did not speak English (at least not the Kiwi way) and had been out of formal schooling for almost two years.

Over half of the world’s refugee population are children. Many of them are born in refugee camps. And many will have zero to minimal education.

On top of a disrupted education, there are the language barriers, social barriers from being in a new country and, of course, associated trauma.

Ensuring that these children receive a quality schooling experience may be the key to unlocking not only their potential but that of their communities too.

Last week the Government announced the number of refugees New Zealand will accept annually will increase from 750 to 1000.

In essence, questions about this increase boil down to: will these refugees integrate and contribute to the New Zealand society or will they become a burden to society?

When my family arrived in New Zealand 20 years ago, knowing nothing about the education system, my parents’ only preference was that we attend a state-integrated school.

However we had no information on which schools got the best out of students from refugee backgrounds or which teachers managed to get better outcomes from these students.

As a result of this ad-hoc process of choosing a school, some of us fell through the cracks.

My teachers then had low expectations of me. Perhaps it was because teaching a refugee was unfamiliar territory. Though they expected me to fail, I was not given any extra support. My parents too could not help. As a result I struggled through high school.

Things are different now. The Ministry has refugee student coordinators that work with schools and communities to better integrate these students into the school community.

But things can be better still.

If teacher effectiveness differs depending on the types of students they teach, imagine if parents could easily find out which teachers and which schools continuously get the best out of children like theirs. A teacher’s effectiveness with students could then be compared with that of other teachers in the same school, and in other schools with similar kinds of students.

There is enough information on students at the Ministry and individual school level to make this possible. It needs to be put to better use.

There are plenty of questions nations around the world are having to grapple with as they respond to the influx of refugees within their borders. Though the challenges differ by context, they have common themes. Germany for example, will likely struggle with the challenge of having enough classroom and teachers to take on these students.

New Zealand’s challenge is more manageable and permits for more systematic and appropriate ways to respond.

Students from a refugee background have many things against them. They need top teaching to overcome the disadvantages that have them starting off miles behind their peers.

But the key for parents is to know which schools are good at closing that gap.  This would benefit not only children new to the country, but also those born and raised here whose parents still wind up simply looking for the highest decile local school.

I would have thought that a good teacher would do better with most pupils and the behaviour that you describe reflects very poor teaching. People tend to rise or fall to approach expectations. Having said that some specialisation in teaching pupils with particular needs is good. It isn't just ethnic background that handicaps children. Our sons first primary school was staffed totally by women who had an attitude that boys were messy, noisy and generally a nuisance. The result was that many boys performed very poorly and more than just some were unable to read or write by the time they went to intermediate. Fortunately we were able to find a much better two teacher school where he learnt more in less than two years than the rest of his primary school exposure.
Interesting articles in this weeks Economist advocate that the quality of the teacher's skills is the single most important factor, with the top 10% of teachers achieving 3 times better outcomes than the bottom 10%. One article suggested that apprenticeship, continuing in the class room training and a mentor is probably the most effective way of achieving the best performance from all teachers. Seems the governments initiatives are on the mark in this area.
Well done, as you have obviously risen above your initial poor experiences in our classrooms.

Poor teachers should be weeded out and kicked out of teaching along with students who think education is a joke that way schools will be full of good teachers and students who want to learn.
TOO extreme too bad.

What say we apply that to kids also????? Your Kids????
Truly excellent organisations are able to produce their excellence with the same average resources that we all have.
Having said that, some people find themselves in work for which they are not suited, don't enjoy and would make a better contribution doing something else.

There is more variability between teachers than there is between schools. Also children's development is not linear. I have often seen a good teacher raise some children to a level well above their expected age group to subsequently see the same students regress in more senior classes with poor teacher support. Actually the problem appears to be few have the true ability to be outstanding teaches. As an outsider it is also poorly paid and a profession very open to politics...

The best way to improve a teachers performance would be to dock their pays for under-performing children. .....same with the police they should all have their pays docked when people go to jail for crimes they didn't commit.....

There are no consequences for teachers who are only at work to eat their lunch and collect their pay.