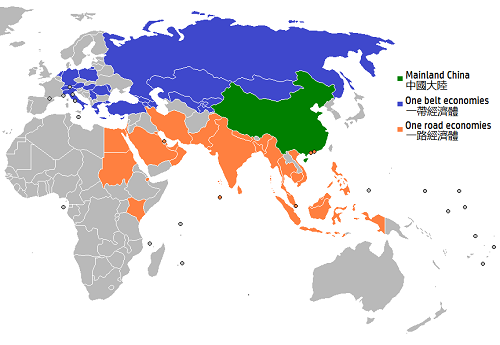 The agreement is broad—it indicates that the two countries will jointly explore opportunities to work on activities relating to the OBOR.

Effectively, it kick starts a process in which NZ will look into ways to work with China on the OBOR, and vice versa.

We can expect China to be way ahead of us in this process as the OBOR was initiated more than three and a half years ago, and the country already has a fair idea of what it wants to achieve.

At the same time it comes as no surprise that the two countries have begun negotiations around an upgrade to the existing free trade agreement.

The length of this new negotiation will really depend on how well each party balances what it wants and what it is able to get from the other.

Nonetheless, it is clear that OBOR is not about trade, though it enables trade.

So, trade is just one element of the initiative.

The right frame of mind for engaging with the OBOR is thus not one about more trade, but rather one of investment.

This is where the OBOR does not resonate well with many mindsets in New Zealand.

The tendency to associate OBOR with infrastructural development alone doesn’t bode well for New Zealand’s involvement as the country is not known for being strong in this area.

It seems then that New Zealand’s chance at participation is through its founding membership in the AIIB (Asian Infrastructure Investment Bank). The AIIB largely funds infrastructural development relating to the countries involved in the OBOR.

There is no doubt that the OBOR is an infrastructural behemoth, with an estimated US$4 trillion of investments in port, road and rail projects over time - about a quarter of which will be in Asia.

There are already signs of favourable outcomes, not just for China but for other countries involved.

Since the inception of the OBOR, trade volume between China and the countries along the OBOR routes amounted to US$3 trillion, investment in these countries reached US$50 billion, and newly signed contracts exceeded US$305 billion.

During this time, a total of 56 economic and trade cooperation zones have already been built by Chinese businesses there, generating nearly US$1.1 billion in tax revenue and creating 180,000 local jobs.

But with investment in port, road and rail projects comes the need for all sorts of systems that rely on skilled individuals and access to localised ecosystems and knowhow.

This is where New Zealand has a good chance at getting involved. After all, the country is heading towards a technology brand that pushes our tech companies to think internationally.

New Zealand is also the only country in the South Pacific to have signed the OBOR agreement with China.

It needs to take the initiative and help itself to become the South Pacific hub of the OBOR.

This is a small reward for being patient, as it was unclear for a long time if the OBOR would even come to the South Pacific.

In the grand scheme of things, New Zealand will always be a small player in China’s OBOR initiative.

But we cannot afford not to be involved. Many of our largest trading partners are on the OBOR routes. A more seamless network will ease trade and will potentially affect trade with New Zealand.

Given the OBOR’s broad coverage, the onus is on all key actors within New Zealand to take the first steps towards engaging in the initiative in a more formal way.

A wider awareness of what it means for New Zealand to have signed the OBOR agreement will be one of a few major starting points.

Presumably the mindset that needs greatest change in New Zealand is the one that values freedom of speech, freedom of assembly and religion, property rights under the law, international legal structures and jurisdiction, and such other fripperies as local and national democracy.

The Chinese government underpins its authority over its people via two platforms. One is economic growth and development. In a word, money. The other is the ruthless use of unconstrained internal intimidation (demonstrated, for example, in the disappearances of numerous Chinese lawyers and other troublemakers). In two words, brutal force.

The promise of Chinese infrastructure investment is of course highly attractive for New Zealand. Our country is notoriously unable to earn its way to maintaining a first-world standard of living. Indeed New Zealand’s policy towards China is based centrally on hoped-for economic growth – the policy being largely driven by dairy industry interests.

China’s policy towards, or interest in, New Zealand is much more nuanced. As it does with its own people, the Chinese government holds out the promise to New Zealand of infrastructure development and economic growth. Behind this promise, however, is the same anti-democratic fist it uses internally. (Our politicians understand the risks well – witness their cringing when it comes to Falun Gong or the Dalai Lama.)

An interesting bargain. More money. Less local autonomy. I don’t know whether Goethe is an approved writer in China, but the experience of his character Faust in his dealings with Mephistopheles is worth careful consideration.

I can smell the same suspicious and double standard that happening over the last 30 years, like Gordon Chang..lol. At the same time China is improving itself bit by bit. There's no so called values but only interest.

Interesting thank you. It is the investment element that does not resonate well vis a vis risk of loss of control of essential port etc infrastructure particularly on the scale you describe (which wouldn't need to be much re NZ in the overall scheme). So challenge is how to participate without NZ Inc losing the farm, the road, the port...)

I don't understand the sudden urge to increase global reach and grow GDP at the cost of living standards.
The entire globalised trade policy is slowly poisoning our social structure as we move towards Asian capitalism where investors enjoy an increasingly larger piece of the pie than their workers.

Is it just the cycle of those who grew up at a time to benefit from earlier social efforts, now simply wanting to enjoy a larger concentration of wealth in their own hands, perhaps? Seems like perhaps they've forgotten some of the benefits they received, and have instead been convinced of the evils of things like minimum wage, labour standards, a balance of income and capital tax etc. Things that did them well when they were younger, but now they have the power and wealth are "wholly undesirable".

I don't understand why put this article here for NZ audience at all. OBOR is just to hard for average NZer (or even business) to understand and participate. What can NZ really put on the table? Apart from slow motion development, anti-competitive attitude, and isolated mindset, nothing. That's what put NZ from 2nd richest country on earth back in the 50s to ard 30th at the moment and it will continue to slide no matter what.

I think it was put up mostly for general interest, not that the OBOR is all that hard to understand, it's just that very few are in a position to become involved directly. Your reasons for NZ's relative (but not actual) income or wealth decline are at odds with the events. Our terms of trade turned badly against us with the loss of a major trading partner and the consistent multi decade decline in our export commodity prices. We have been struggling to catch up but certainly no evidence of isolationist policies that I can see. Remember Lion going into China over twenty years ago, and Fonterra or the neo lib reforms of the eighties or free trade agreements. We were far more protectionist and isolated when we were the 2nd richest from what I can see. Looks like a case of altering the facts to suit the argument.

I'm with workingman, the first commentator here.
More money and ultimately less autonomy. Our children and theirs will not thank us for any more of this short sighted deal making to make ends meet after the sell out of the past decade.
Sovereignty matters more than each year's bottom line GDP. We should control and fund our own infrastructural development after we have had that national conversation about population growth and non citizen immigration.

I too am totally with Workingman on this. They are playing us like a cat with a mouse. We have what they want and we need to play the long game and maintain control. We should be diversifying away from reliance on China as much as possible.

They are playing us. They are signing up more ag importers by the day, Brazil, the EU/UK, Uruguay, Russia, Poland and on and on.
http://edairynews.com/en/co-op-trials-transporting-infant-formula-to-ch…