The NZ Initiative's Sam Warburton looks at election pledges and says it's time to address transport funding and incentive issues
2nd Sep 17, 6:02am
by Guest 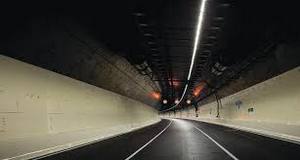 Everything in moderation. In the constantly-changing world of pop-health stories it is hard to know whether that axiom remains good health advice. But it certainly remains good advice in other areas.

Is it credible that such wildly different approaches are compatible with what transport users want?
Could there be a better way of planning and delivering transport?

The situation was much the same in the late-2000s.

Governments set funding ranges in the Government Policy Statement with revenue coming from petrol taxes and road user charges. The chart below shows spending intentions on new and
improved state highways under the last Labour-led government and under recent National-led governments.

The story is similar for other activities such as road maintenance, walking and cycling and, particularly, for public transport:

It is simply not plausible that wild changes such as the 50% increase in state highway spending above (or similar-sized reduction if there is a change in Government this year) reflects actual changes in user demand.

The obvious explanation is that each government favours its constituency. Maybe we get lucky and the swings and, ahem, roundabouts average out over time to more or less be what users want.
But we must be concerned when so much of our expenditure is hand-picked by Ministers with an eye to cutting the sod or turning the ribbon while other, much higher-value, projects remain unfunded.

It is an issue that is heightened this election.

National is talking about funding some of its hand-selected projects through public-private partnerships. Normally paying off assets over their lifetime makes sense – beneficiaries of transport
infrastructure that is used tomorrow should be paid by those users and not entirely by today’s users. But these are not the best projects meaning that future users would be aggrieved by having to pay for projects designed to win over a small constituency during the month of September 2017.

Labour is talking about negotiating a 30-year transport plan with Auckland Council. Normally, long-term plans for long-term infrastructure make sense – infrastructure takes time to plan and deliver,
needs to look forward in time, and is hard to undo if we get it wrong. But, as with National’s proposals, whose interests will be enshrined in such a plan? Those at one peak in the political cycle.

There are, however, signs of reform. Parties across the political spectrum have adopted some policies which will help address problems of funding, financing and incentives around infrastructure
(including transport) and housing. These policies are similar to those advocated by The New Zealand Initiative.

It is time to build on that and address transport funding and incentive issues more broadly. Over the next year or so, The New Zealand Initiative will be looking at what impediments exist to a coherent, robust and transparent planning and funding system, and how to fix them.

Though this piece focusses on only one aspect, we hope it starts a conversation. We welcome feedback to further shape the scope of our work and, ultimately, to help design a system that is
more responsive to user, rather than political, need. Every mode in mode-eration.

*Sam Warburton is a research fellow at the New Zealand Initiative, which proves a fortnightly column to interest.co.nz

Roads, Roads, Roads - National's policy was outdated 10 years ago, let alone now. $10B on new projects for the regions which are all of low quality and benefit versus cost. At least no one will build them as they just don't stack up, its an obvious vote bribe.
The real story is the need to invest in smart public transport infrastucture and fix the infrastructure deficit in Auckland from 20-30 years of poor transport policy. When high quality public transport is setup in AKL people flock to it, e.g. North Shore busway and Auckland electirfied rail/ Britomart. So what are NZTA and National pushing now - East/West connection motorway when Light rail CBD to airport is the obvious and proven superior solution with far greater benefit for a similar cost.
What's missing in the debate about light rail is it connects the whole route and has much wider benefit than just the start and end point. Light rail will connect and transform all of Queen St, all of Dominion road, SH20 to Onehunga, Mangere then all the commercial land upto the airport.Tourists getting to airport and back is a minor benefit. Similar PT requirements now for Weillington, Chch and Hamilton. The longer National goes on the more wooden the acting from its Puppet politicians...Muppets may be a better description with the invisible hand of their corporate backers causing mischief.

"Is it credible that such wildly different approaches are compatible with what transport users want?"

I doubt it, there seems to be a vocal minority opposing public transport, and an even louder, smaller band opposing roading. I think for the most part the average person accepts that both systems are vital, and actually complement each other. You need only to look to Europe and Japan to see this in action.

Could there be a better way of planning and delivering transport?

Most definitely, but it is a multi-part approach, and one that we as a nation have never managed well.
1. Stop opposing for the sake of opposing.i.e. cross party agreement on what is best for the majority. Not party specific policies for the minorities.
2. Govt should focus on inter-city transport, councils should focus on intra-city transport.
3. More inclusive town planning. Plan for infrastructure as well as housing, i.e. shops, schools, commercial/industrial, etc... We need to stop acting surprised when the roads get clogged because we developed a paddock miles away from anything.
4. Build for the capacity expected in 50-100 years from now. It may be underutilised to begin with, but it will pay for itself 100x over across the lifetime of the asset.
5. Do it now, it may not be cheap, but it will be cheaper than doing it in 20 years time.