Brad Potter of Nikko AM shares recollections of a recent trip to China and takes a close look at the country's efforts on pollution and the property bubble
22nd Jan 18, 12:18pm
by Guest 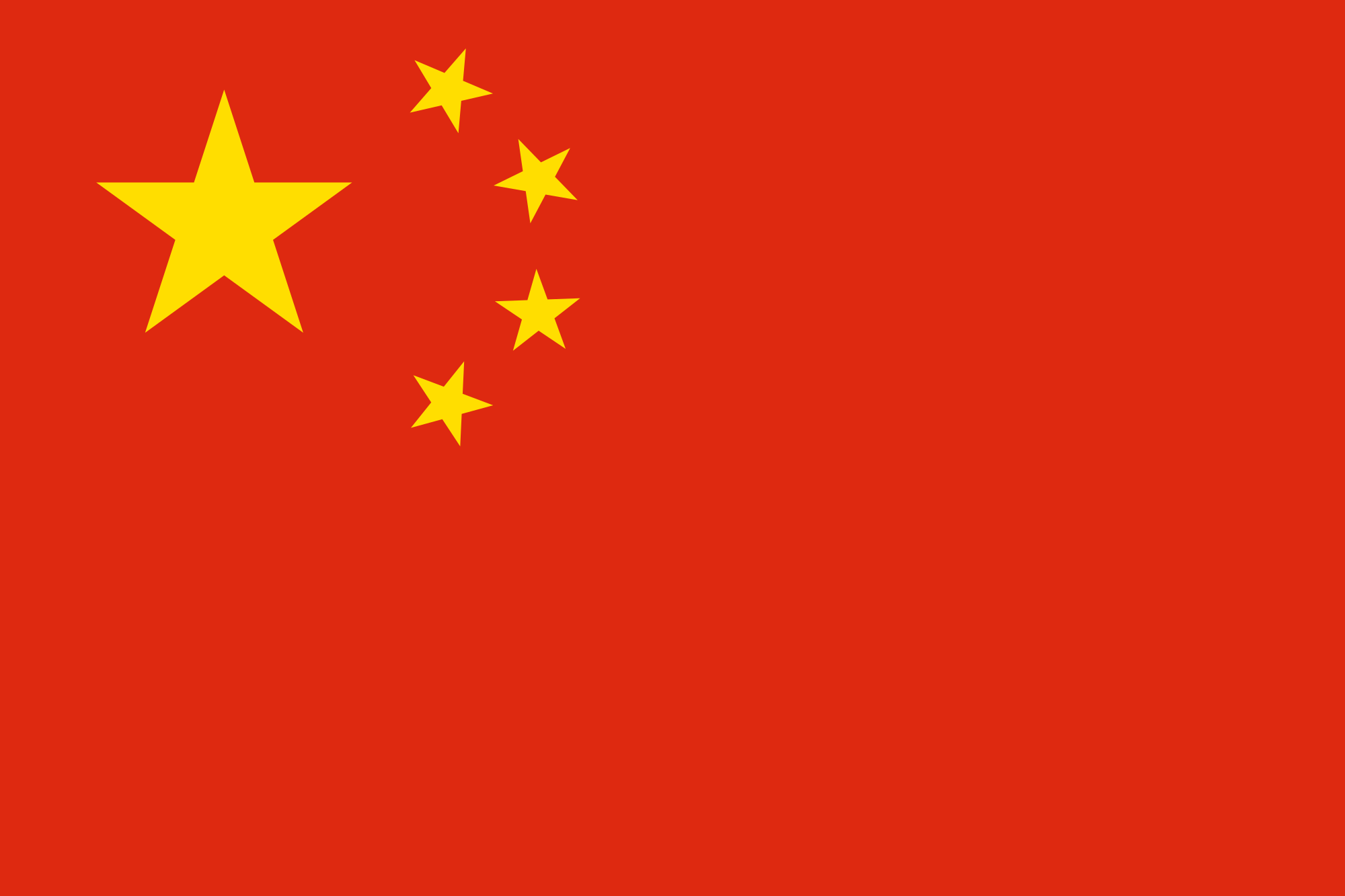 A flying visit into China post the 19th Party Congress seemed like a good idea. I got the sense that post the conference, visibility and direction over the next five years was reasonably clear. But it is more difficult to hold a similar view for 2018.

The party working groups are currently designing more detailed economic plans that will follow the direction provided by the Party Congress. Short-term data clearly shows the Government is slowing the economy, with a primary objective to transition from fast growth to high quality growth. The Government will achieve this higher quality growth by evaluating local governments on the basis of efficiency (or ‘total factor productivity’ TFP) rather than the traditional GDP.

Despite the skies being blue, the air smelling clean, and share bikes everywhere, the air quality was many times over the safe levels one expects in Western cities. Nevertheless, there was a noticeable improvement in air quality, which should encourage winter cuts in 2018.

The political aspiration of the Chinese Government is to reduce annual emissions by 50–70%. This target is likely to take 10+ years and will result in profound changes to the industrial China we know and understand today.

Unlike the apparent one-off 276-day rule for coal, implemented by the National Development and Reform Commission (NDRC) to cap production to increase coal prices, the winter shutdowns that started in mid-November 2017 are here to stay and will likely expand. In 2018, steel mills and coke ovens will be shut down at various levels across 26 + 2 cities in China’s central northern regions around Beijing.

The winter shutdown, which began in September and will run until March, is President’s Xi’s attempt to avoid pollution-related social unrest by prioritising environmental protection. This is a continuation of the action plan started in 2013, which has seen 24,000 officials punished and 27,000 polluting companies fined. 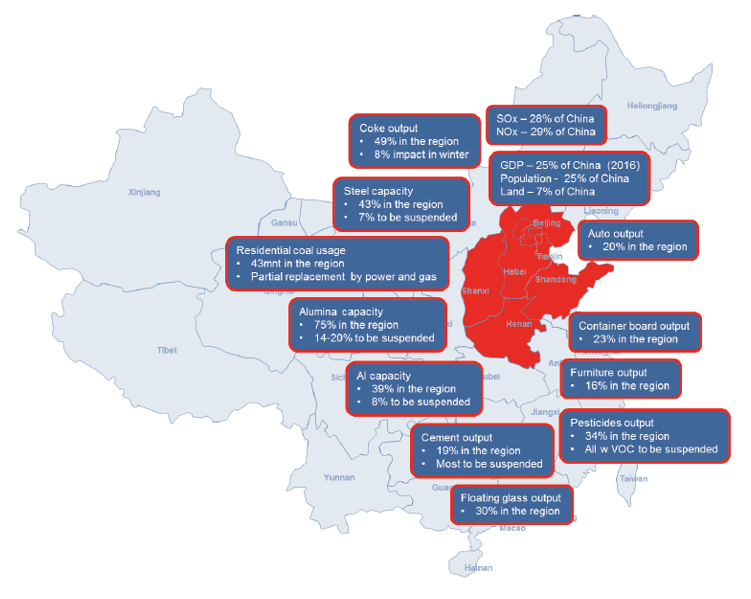 The plan aims to cut average PM2.5 (particulate matter <2.5 micrometers) concentration and days of heavy pollution by at least 15% YoY for the 26 cities (plus Beijing and Tianjin) that are located along the ‘pollutant transmission zone’.

Goldman Sachs estimates that the region generates 25% of China’s GDP and around 28% of the annual pollutant emission, yet makes up only 7% of the land in China.

Annual Emissions of Air Pollution in China – Past, Present and Future

The inspection regime, an initiative of the crackdown, has shifted substantially with the Central Government not just evaluating local officials, but instituting systems to put pressure on local officials to enforce environmental standards.

Starting in 2018, officials leaving a position will have their records on natural resource management and environmental protection audited, meaning they will be held accountable for damages post their departure.

The implications are far reaching and suggest that closures of dirty, poor scale and illegal factories will be commonplace. Leniency for polluters will likely disappear given the political pressure and the fact that career prospects within the party will be tied to meeting environmental targets.

No doubt new factories and industries will be required to run adequate environmental impact assessments, or face the consequences.

It is interesting to reflect on the history of air pollution in Japan and USA. During the 1970s, both countries had high levels of emissions, which took 10–20 years to reach deemed safe levels. The change was driven by:

China’s strong government control can change behaviour quickly, and so their journey may be shorter. 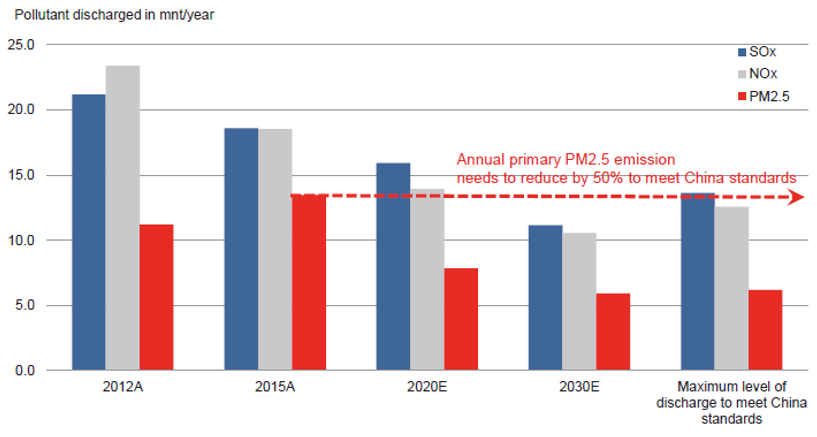 The difficulty in determining the success of supply-side reforms is that supply cuts often involve capacity that is idle or illegal, so actual supply cuts may be less.

There is no doubt that much of the steel capacity cuts in 2016 were of this nature. Nevertheless, removing illegal production, such as the dirty induction furnaces, and idle capacity permanently still helps.

During the winter curtailments, a number of cities are also stopping or reducing construction, given the amount of dust produced. In the three days I was in Beijing, all building sites I observed were inactive. This would suggest that the measures are being enforced and followed. On this basis, it is difficult to determine whether demand for materials has reduced by a similar amount to that of the closed down sites.

The official Central Government target is to cut 100–150mt of crude steel capacity by 2020. However, China Iron and Steel Association (CISA) seems to believe this may be achieved as early as 2018.

A number of meetings, including one with CISA, pushed the view that the Government is encouraging an increase in the use of electric arc furnaces (EAF) in total steel production from the current levels of 6–10%.

This conversion will decrease demand in iron ore and increase scrap demand. Given the current profitability of blast furnaces, many are increasing the scrap feed to enhance production. 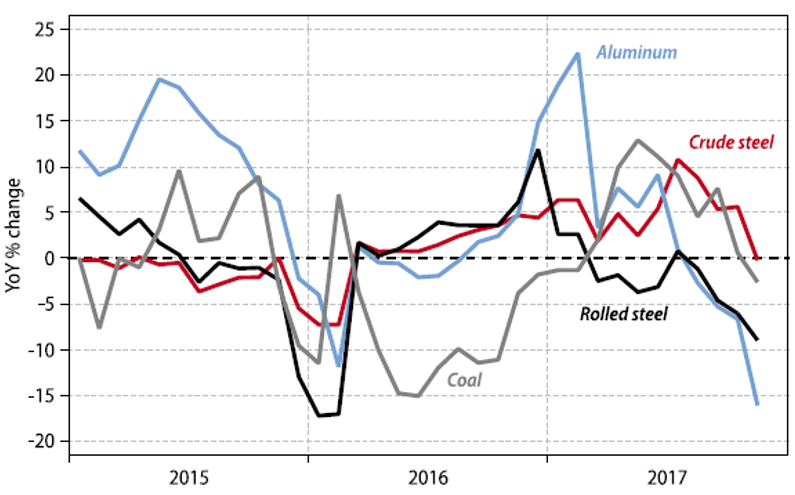 During the 19th National Party Congress, President Xi Jinping reiterated that “Property is for living, not for speculation.” So it comes as no surprise that the property strategy post the Party Congress — termed ‘Freezing the Bubble’— is designed to alter the growth model that was fuelled by the real estate segment. Mortgage growth is poised to slow down further into 2018 and beyond as tighter mortgage controls come into play across more than 100 cities.

The government is trying to limit the number of transactions in major cities so that prices remain stable. Restrictions on purchasing apartments are being initiated across many cities. Even first home buyers are being encouraged to rent.

Restrictions in sales are also being initiated such that buyers may have to hold the apartment for 5–10 years before resale.

The rental market now appears to be a focus area and concentrated in the 20 largest cities. Developers commented that it has become difficult to purchase land for developing for-sale apartments.

Conversely, massive discounts on land intended for developing for-rent apartments are becoming common. It will take a little time for developers to adjust to the new return metrics, given for-rent returns are potentially lower.

There are two views on the primary goals for the rental housing programme:

China Reality Research holds the view that the rental market will grow by +10% compound annual growth rate (CAGR) over 2017–2020, with the majority of the growth concentrated in the top 20 cities. New rental demand in the larger cities will result in a disproportionate amount of land becoming available (often at subsidised prices) to facilitate the new rental projects.

The government continues to play a direct role in supporting housing sales by purchasing unsold housing units from developers and transferring them to households.

These government purchases accounted for 49% of the 6.06m slum redevelopment units provided nationwide. The program is considered successful and is expected to remain until 2020. The switch to buying apartments instead of building them, to avoid overbuilding and encourage destocking, is sensible and consistent with government policy since 2015.

The natural gas shortage in China that triggered a large spike in global spot LNG prices surprised market participants and regulators. The deputy head of the National Energy Administration admitted that both demand growth and tight supply surprised the regulators.

Meetings with Sinopec and ENN Energy confirmed that they were surprised at how quickly demand growth increased. Sinopec was completely blindsided by how the supply/demand fundamentals changed and were left short.

In the space of a year, Sinopec went from trying to find a home for excess gas coming from APLNG to struggling to meet demand. ENN Energy suggested that until April 2017, gas demand growth was around 5–6% but quickly grew to +18% over April–September due to the environmental inspection regime. Demand growth grew further in the 3Q17 up to 45% YoY. ENN expects China to overtake Korea as the second largest LNG importer.

The key thematic driving the increased demand has been the switch from coal or diesel oil to natural gas by industry and manufacturers. This has been in response to Beijing’s increasing pressure on polluting industries. Indeed, many provinces are now encouraging the switch from coal to natural gas via subsidies. However, infrastructure is lagging current and anticipated demand—interconnecting pipelines, storage facilities and import terminals are required.

There is no doubt that President Xi Jinping is putting his stamp on the Communist Party; essentially having as much power as any other over the past few decades. The anti-corruption effort will remain front and centre of President Xi Jinping’s goal of de-risking the financial sector, reducing excess capacity and pollution, and alleviating poverty.

The most recent data from the MEP indicates that since November 2017, the air quality index in 10 cities within the winter restriction zone is 36% lower than 2016, thus setting the scene for a continuation of the winter cuts in the fourth quarter 2018.

In our view, the economy will slow and transition to a more balanced and environmentally-friendly country. Fixed asset investment is destined to slow substantially over the next decade and consumption will rise. The growth in the middle class will continue to drive the incredible transformation that is occurring in China. In the short term, a property slowdown is a potential risk in 2018 as the Government tries to reign in speculation, but also effectively accommodate the low income workers.

The net result of the supply-side reforms and crackdown on the environment is that high quality inputs (materials) will likely remain priced above long-term averages for some time. In our view, industries and state-owned enterprises (SOEs) will consolidate and be encouraged both economically and legislatively to use inputs that are less polluting and enhance profitability. Demand for high-grade iron ore, coal and LNG from Australia will remain high.

*Brad Potter is Head of Australian Equities for Nikko Asset Management. Nikko AM NZ currently manages almost $5 bln of assets across a range of asset classes. This article was posted on Nikko AM’s website, and is here with permission.

Why I refuse to buy property in China