Behavioural economics can help us understand why Trump's slogans and argument framing work with his supporters, accessing basic human responses to perceived risks and rewards

Behavioural economics can help us understand why Trump's slogans and argument framing work with his supporters, accessing basic human responses to perceived risks and rewards
19th May 18, 9:47am
by Guest 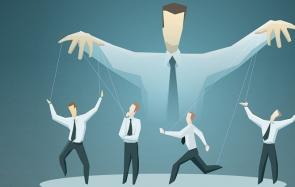 “Not another article about Donald Trump” — said everyone.

Since the election of Donald Trump, the media has been flooded with the trials and tribulations of his ‘stormy’ presidency. We at Fathom have always focused on the economics, such as his tax reforms. However, studying how Mr Trump presents information has led me to some interesting observations about how he exploits a particular branch of economics to influence opinion.

The most effective targeted campaigns are those which connect with their audience, for example by using hand gestures to convey a message. One of the most famous may be the iconic image of the stern-faced Lord Kitchener pointing his finger. This poster is thought to be one of the most effective pieces of propaganda in World War I, or even ever, as it successfully engaged the audience and evoked patriotism, encouraging many to enlist.

Using gestures as a rhetorical device goes back much further than World War I. The Romans taught rhetoric — the art of persuasive speech — to aspiring politicians, and the use of gestures was central to that art. The Roman scholar Quintilian noted the use of two specific hand gestures that are instantly recognisable in President Trump’s armoury today:

“If the first finger touch the middle of the right-hand edge of the thumb-nail with its extremity, the other fingers being relaxed, we shall have a graceful gesture well suited to express approval or to accompany statements of facts, and to mark the distinction between our different points.”

Not all gestures have survived the passage of time with the original meaning intact. But surprisingly many have, more or less — for example (from the same text):

“…when three fingers are doubled under the thumb, the [middle] finger, which Cicero says that Crassus used to such effect, is extended. It is used in denunciation and in indication…”

The way that information is presented can influence our choices in ways that may or may not be related to the substance of the information being conveyed. This is covered by behavioural economics, which studies the effects of psychological, social, cognitive and emotional factors on the economic decisions of individuals and institutions. It looks at the mechanisms that drive public and individual choices and attempts to understand why the consumer may not always make the ‘optimal’ decision and thus can behave ‘irrationally’ (where both optimality and rationality are thought of as purely economic concepts). Traditional economic theory can’t always predict or explain why consumers make decisions that aren’t optimal. Common examples include the dilemma of why individuals gamble or buy insurance, or the one we have all experienced, why people queue up to be the first on an aeroplane, when the aeroplane isn’t going anywhere without them.

Politicians, especially Donald Trump, often use a specific arm of behavioural economics called framing to present information in a way that will influence public choice and opinion. If information is presented to highlight a gain, not a loss, people are far more likely to support that choice. For example, research has found that an individual is much more likely to undergo a surgery if it’s presented with a 90% survival rate rather than a 10% mortality rate, although they mean the same thing.

Expanding this theory, the way information is framed can have implications for how the consumer perceives risk. Studies have found that consumers are more willing to seek risk when a negative frame is presented. This is illustrated in the table below: when there’s a high probability of a loss scenario, the consumer is far more likely to take a risk. On the other hand, if there’s a high probability of a win scenario, people are far less likely to take the same risk. This is explained by prospect theory which is a behavioural economic theory that describes the way consumers choose between options that involve risk. (We’ve touched on this in a previous post.)

Could it be that Mr Trump is using behavioural economics to influence public opinion? For example, the famous #MAGA (Mr Trump’s slogan, not the twitter feed of an 18-year-old off on an 18–30s clubbing holiday), is a key example of framing. With just a single line Mr Trump framed America in a negative way, by presenting the information as if America was broken and would continue to get more so without change (i.e. they should expect more losses). Prospect theory predicts that people will become more ‘risk loving’ in such scenarios.

Having convinced people that things were likely to get worse, he then offered them a choice — accept it, or vote Trump for a chance of change. The gamble he proposed was to rip up the political handbook and confront America’s problems head on. It might work, it might not but at least it’s an option. As prospect theory would predict, voters supported this option.

Using this tactic, Mr Trump pulled out of the Trans-Pacific Partnership and slapped tariffs on steel imports from China. In both cases he framed the announcement to highlight the probability of further losses (especially to American jobs) if changes weren’t made. Of course, there’s a chance that things will get worse under the Trump presidency — for example, imports of steel from China are relatively small compared to those from US allies – but it’s the gamble that matters. It’s therefore unsurprising that a poll by Quinnipiac University found that 31% of people surveyed supported the steel tariffs.[1] Mr Trump doesn’t just use verbal communication to influence public opinion and choice, but also body language. One key example was the unforgettable state visit of the French president, Emmanuel Macron. Among rather uncomfortable kisses and embraces, Mr Trump ‘helped’ Mr Macron by dusting off his ‘dandruff’ to make him ‘perfect’. We can only hazard a guess at the reasons for his actions, however it’s just possible that he may have been trying to assert his power. What was presented as a fatherly gesture had the effect of embarrassing Mr Macron in front of the world, so reasserting who’s in charge. Or, of course, it may have been designed to get some more airtime on Fox News.

Like many politicians, Mr Trump understands the media and knows how to use it to influence public opinion and choice and assert his dominance on the global stage. However, even for Mr Trump it‘s impossible to accurately predict public reaction every time. In this blog we’ve focused on the framing effect and the use of body language and gestures, yet even for the most adept, the results aren’t always exactly what you planned. People can interpret information in many different ways, no matter how well-crafted the presentation. For example, when looking at the picture of Mr Macron, Mr Trump and the US and French first ladies all standing on the balcony during the recent state visit, hands raised in the air and joined together, most people probably interpreted that as a picture of unity and friendship. I on the other hand saw ABBA 2.0…

[1] Framing: we’re all at it! In the interest of honesty it’s worth noting that 50% of respondents opposed the tariffs.

Ellie Henderson is an economist at Fathom Consulting in London, England. This article is a re-post from Fathom Consulting's Thank Fathom its Friday: "A sideways look at economics". It is here with permission