DC Report's David Cay Johnston probes President Trump's claims US wages are rising, concluding they're not except for those who were already making more than $1 million a year

DC Report's David Cay Johnston probes President Trump's claims US wages are rising, concluding they're not except for those who were already making more than $1 million a year 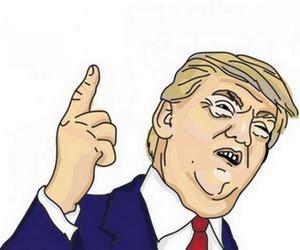 This article comes from DCReport and is used with permission.

We’ve got some disappointing news for all those people who voted for Donald Trump because he promised rising wages.

Consider a worker paid the median wage, half make more and half less, of $600 a week in round numbers. If she got the average 2.8% raise on July 1, her gross pay rose by a bit under $17.

Now consider inflation since her last raise a year earlier. Inflation ran 2.9%, according to the Bureau of Labor Statistics.

That means our model worker is actually making less in real wages. Its only 60-cents less each week, not that she’d notice, but less is less and most definitely is not more no matter how often Trump says otherwise.

Back in January, during his State of the Union address, Trump declared that “after years of wage stagnation, we are finally seeing rising wages.”  Trump and the White House have repeated that claim over and over ever since.

Indeed, I reported two years ago that the government’s best wage data showed that, after considering inflation, the median wage was lower in 2012 than in 2000. For the bottom half of workers, pay increases are rare.

As Obama’s second term began, however, the median wage began to not just outpace inflation, but to grow at a rapidly accelerating pace.

In 2013 the median wage increased by only a little, about $2 a week above inflation. The next year the increase tripled. In 2015 it more than tripled again. Together three years of increasing wages raised median pay by $30 a week.

More is more, in that case, a lot more - and it was all on Obama’s watch. In contrast, 20 months into Trump’s watch, real wages are down slightly. No matter how you slice it, less is less, not the more that Trump promised.

For the past 38 years, most wage hikes have gone to workers making more than this, especially workers at the top.

Think of a money pie filled with all the wages and salaries earned by everyone from janitors to CEOs. The slice of pay pie going to high-end workers more than tripled over those two decades, as the table accompanying this column shows.

Consider workers make more than $1 million a year in 1995 and, with an adjustment for inflation, two decades later.

There were six times as many highly paid workers in 2015 as in 1995. And thanks to rising wages, their combined pay grew even more, as the table here shows.

When the data for 2018 becomes available you can be sure it will show that most wage growth benefited higher paid workers, not those toiling at the median wage of about $600 a week.

For the millions of people who believed Trump the master con artist when he insisted that he alone could save them, that he would bring about higher real wages, here’s the question:

Who are you going to believe? Trump or your paycheck?

*David Cay Johnston is Editor-in-Chief of DCReport and a Pulitzer Prize winning US investigative journalist. He featured in this interest.co.nz video interview earlier this year. This article is the first in a series in which David Cay Johnston will examine the real effects of Trumponomics. Future articles will look at taxes and trade.

I wonder if the problem with illegal immigrants taking all the low paid work keeps the wages for the lowest paid jobs from rising, similar to the cheap immigrant workforce we see in our supermarkets and contact centres.

That could partially explain the crackdown on illegal border crossings.

Reality is that if the demand for factory and low paid workers is high companies will pay what the need to get those workers, if those workers are a dime a dozen well guess what....

Reality is that if the demand for factory and low paid workers is high companies will complain about a worker shortage, get the skills they need added to the skilled worker shortage list and bring them in on skilled migrant worker visas rather than pay more to a local.

"Who are you going to believe? Trump or your paycheck?"
Answer: Your paycheck, of course!
"For the past 38 years, most wage hikes have gone to workers making more than this, especially workers at the top."
Question: Who has been in the Oval Office for the past 38 years? Trump has been there for 18 months, so who's to blame? For those who say "Trump!!!", I'd suggest they ( like the author of this piece!) think again....

Makes sense if you view the political landscape via the 'left vs right' lens, or take a longer view. I take the longer inter-generational view, that roughly changes every 30 years or so. The neoliberal consensus of the last 30 years has been embraced across the political spectrum by the so-called left and right, with a different emphasis on social policy. Clinton, Obama and Hillary embraced neoliberal orthodoxy. Bernie Sanders was the rupture with the past. Trump is business as usual, with the neolibs and neo-cons firmly in the driver's seat.

They have the same problem as we do. Too many immigrants wanting something...anything that's better than from where they've been living. Of the 200 odd countries on the planet there's about 30 or so that actually really look after their people. The rest are in some form of time-warp run by thugs who don't give a toss about their own folk, just how much money they can con out of the rich Westies.
Although now times are tightening up they are looking to the Chinese, who will rip them off accordingly. Queue Tonga & most of Africa.
Life is getting tougher out there folks. Struth, I went into town today & it was dead from the curb up.
We might need John Wayne yet.

In which role? Green Berets, Sands Of Iwo Jima?

Although now times are tightening up they are looking to the Chinese, who will rip them off accordingly.

Or simply crush/cripple you via executive fiat;

I do wonder whether Fonterra's investments went so bad in China due to 'government-sponsorship', so to speak.