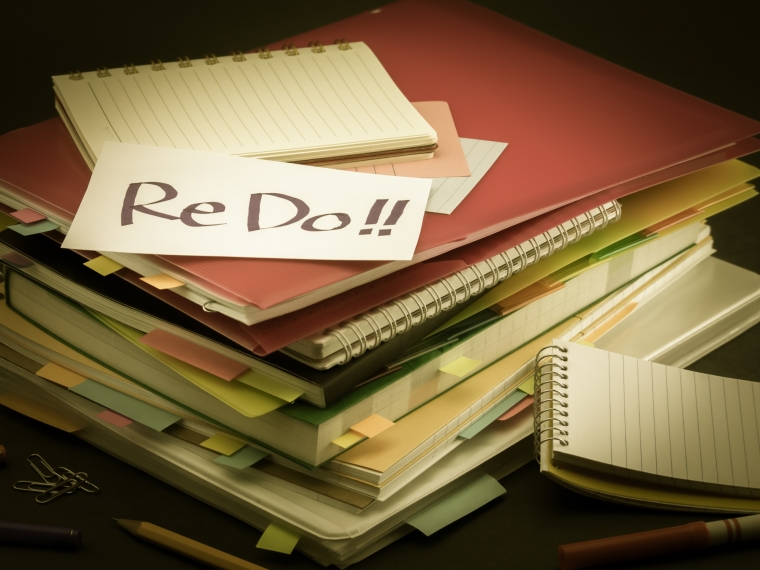 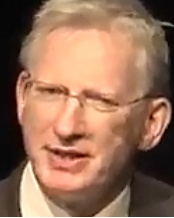 The holiday period is a time for catching up on reading.  I try to balance work with leisure reading over this period.

The Reserve Bank is no god (metaphorical or otherwise), although its ego, at times, might suggest that it thinks of itself in this role.

When one thinks of a god, one thinks of an entity with omnipotence and omniscience, or at the least, great wisdom matched by humility.  All too often, the Reserve Bank has proven itself to be lacking in any of these qualities.  Moreover, if one wants to use the metaphor of a god, as the governor of the Reserve Bank has chosen to do, then it raises the question of accountability.  To whom is the god accountable?  One thinks of a god as being accountable to no one – it is the ultimate power.  But in the real world, the Reserve Bank is accountable to Parliament and to the people.  Its powers come not from itself but from Parliament.  It is an agent of Parliament.  And it answers to Parliament, and ultimately to us all.  It is no god and should not think of itself in that oddly eccentric – and fundamentally misleading – way.

Now to the substance of the Relationship Charter.  And on that matter, my article could be very brief, for the Charter is largely devoid of substantive content.  It fails on several counts as a meaningful document against which the Reserve Bank can be assessed for the way it conducts itself.

First, the Charter is presented as being a document that (in the Reserve Bank’s own words) “… commits the Bank and the financial sector to a mutual understanding of appropriate conduct and culture”.  Yet that is not the case.  This is a document initiated by the Reserve Bank itself.  There is nothing to suggest that it has been jointly prepared by the Reserve Bank and the banking industry, with buy-in from the industry. There is no evidence to suggest that it has been signed by representatives of the banking industry.

In the Charter, this confusion is continued with a reference to: “This Charter represents a mutual undertaking of how the parties will work together to achieve this aspiration.”  It then goes on to say: “We will regularly measure our performance against the commitments set out below and share the lessons.”  Who does the ‘we’ and ‘our’ refer to?  Does it refer to the Reserve Bank measuring its own performance or does it refer to the Reserve Bank and banking industry jointly doing this?  This is poor drafting at the least.

The Reserve Bank cannot commit others to particular attributes of conduct and culture, even if it sees itself as a god.  All it can do – and should do – is commit itself to its own desired conduct and culture. That is, after all, what a Charter does.  It is issued by an organisation to document matters that relate to that organisation; it does not purport to speak for others.

On the matter of monitoring performance, it is indeed desirable that the Reserve Bank assesses its performance against the desired conduct and culture attributes.  It should do this.  And it should publish the results of this assessment.  However, the commitments in the Charter are so vague as to make it impractical to assess the Reserve Bank’s performance in relation to the commitments.  Moreover, a far more meaningful performance assessment process involves assessment by an external party, such as Treasury, coupled with the Parliament Finance and Expenditure Committee.  The only truly worthwhile performance assessment process is one that is done by external parties, with objectivity, independence and transparency.  Yet the Charter is silent on this matter.  Maybe Treasury will offer a view on its role in this regard?

While I have no objection to any of these commitments (as long as they are commitments of the Reserve Bank in relation to its own conduct and culture), they are overly vague and light on substance.  For example, there is no reference to:

The Charter is also silent as to the specific objectives and commitments of the Reserve Bank in relation to the way it exercises its regulatory and supervisory powers.  There is no commitment to adhering to government principles with respect to consultation and cost/benefit assessment.  There is nothing about aspiring to be in line with international principles and best practice (an area where the Reserve Bank has failed conspicuously, as observed in the IMF assessment of the New Zealand financial system in 2017).

In contrast, the Australian Prudential Regulation Authority (APRA) has a much more comprehensive and substantive Service Charter.  In its Charter, APRA states the following:

APRA’s Service Charter also refers to its commitments with respect to dealing with the public and its commitments to performance and accountability, including this statement: “APRA will continue to research further meaningful performance indicators of the broader impact of prudential supervision and into the benefits of a robust prudential framework.  In particular, APRA undertakes surveys of regulated institutions, industry bodies and other stakeholders to assist our understanding of the impact of the prudential framework and the effectiveness of our supervision.”

Mercifully, but not surprisingly, the APRA Service Charter does not include reference to APRA being a god of the Australian financial sector.  Rather, APRA sees itself as a government agency acting under a mandate from the Australian Federal Parliament, with objectives set by Parliament and with robust accountability to Parliament and the public.

The New Zealand Reserve Bank would do well to look across the Tasman and further afield to see what broadly sensible regulatory charters look like.  The current Relationship Charter needs to be taken back to the drafting board to be replaced with something far more meaningful and professional.  And in the process, I suggest the Reserve Bank governor drop the god-like aspirations and instead see himself running an organisation that is merely like any other government agency – with a mandate set by Parliament, accountable to Parliament and under an obligation to exercise its powers professionally, respectfully and with integrity. 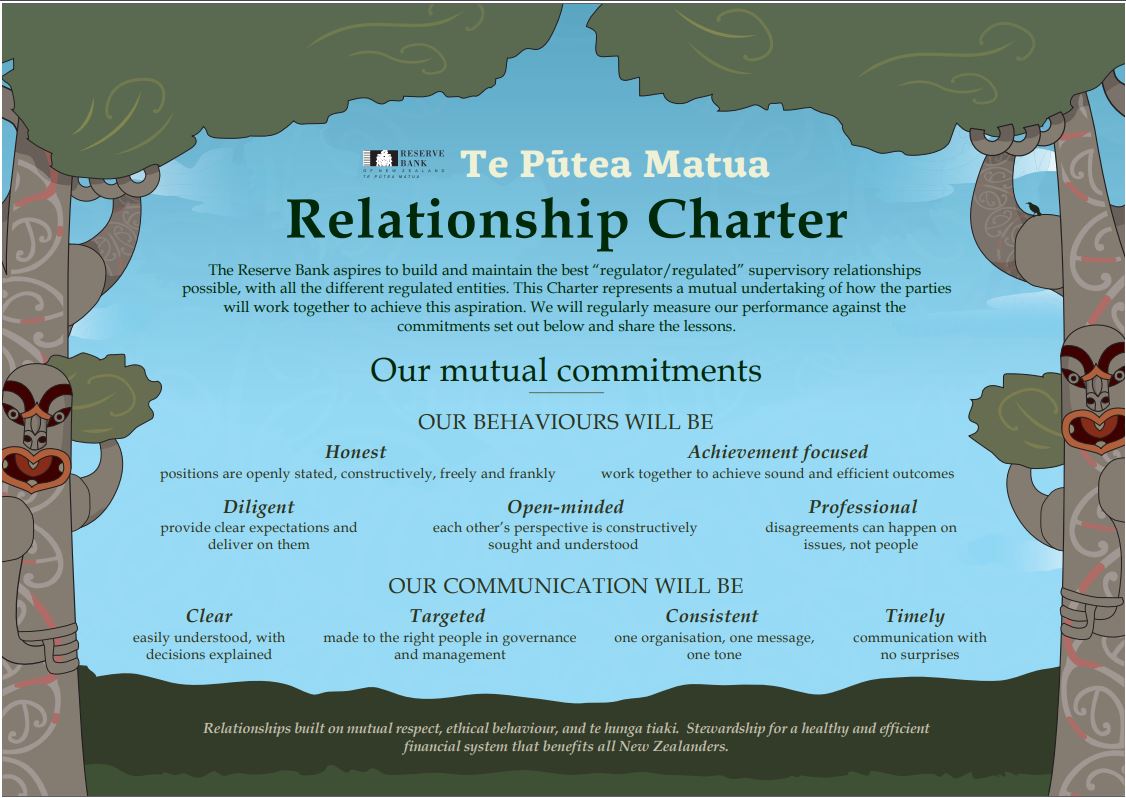 *Geof Mortlock is a former senior official from the Reserve Bank of New Zealand and the Australian Prudential Regulation Authority and is now an international financial consultant based in Wellington. He undertakes regular consultancy assignments for the International Monetary Fund, World Bank, Financial Stability Institute and KPMG internationally. See www.mortlock.co.nz

If I was to write "I will be honest today" then readers of this comment will rationally question if I will be honest. Otherwise honesty is just assumed. Why is the Reserve Bank different?

As the Royal Commission in Australia has just proven, the central bank and the regulators are totally corrupted and fully complicit in all the illegal lending that has transpired. Indeed just recently the RBA has publicly encouraged the banks to return to the days of irresponsible lending to anyone with a pulse, in a desperate effort to prop up the property market. Just like the RBNZ has quickly abolished the lending restrictions on NZ banks at the merest whiff of price drops. Corruption is embedded all through the system - why would NZ be any different?

If not corruption, APRA at least turns a blind eye to accounting control fraud, encourages or at least tolerates reckless lending and borrowing, and fails to enforce regulations, all while costing a fortune. NZ should think twice about emulating a costly regulatory model that has led Australia to the bring of financial crisis.

While I like the RBNZ it does have some aspects of being a rather failed regulator. They have encouraged rampant inflation in house prices:

9 years of Labour and 9 of National.

Put another way, NZ wages have gone down by 44%, on this measure.

Is this an institutional failure on the part of the RBNZ, despite their earnest efforts? Or is it part of the failure of representative democracy, the NZ consequence of the Decline of The West? Is it a consequence of too much immigration, diluting a fixed real income? What is really going on?

Then you get those who argue that due to record low interest rates mortgage serviceability is effectively the same so “no problemo”. Until interest rates cannot be kept low. But I suppose the RBNZ will ensure they’re kept low no matter what?

Seems like a very patsy piece of work from an RB that typically appears very focused at the moment.

The RBNZ have been emboldened by their new chief to prioritise a politically correct "culturally aware" veneer over what should be a boring business of robust oversight and regulation. Clearly more concerned in getting the right karakia sorted out for every time he speaks.