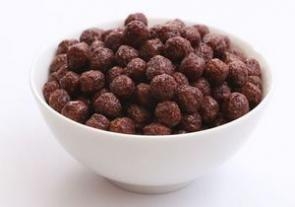 The Reserve Bank of New Zealand, in its drive to improve the quality of bank capital, is proposing to ban CoCos1.

These notorious capital securities acquired a bad reputation during the Global Financial Crisis (GFC), but have actually performed well, according to research I conducted with Associate Professor Annelies Renders from Maastricht University. The research shows that CoCos help calm financial markets and help a bank get through a rough patch.

From the GFC, we learned that banks need more capital than before. More capital makes banks healthy and strong. The Reserve Bank is aware of this and is now revising its rules for bank capital. It wants to double the amount of capital. But, as with all the stuff that makes us healthy and strong, it tastes bad. Banks do not like capital. For them, more capital is expensive. It may even lead them to charge us higher interest rates. The most expensive type of capital is equity capital and the Reserve Bank wants all the extra capital it is calling for to be equity. It is therefore hardly surprising to see banks objecting.

The most expensive type of capital is equity capital. So, yes it is hardly surprising to see banks objecting to the Reserve Banks’ plans to increase capital. Especially because the Reserve Bank wants all that extra capital to be expensive equity.

Fortunately for banks, the Basel Committee, the international bank standard setter, offers an option that lowers the cost of bank capital. Its rules, known as Basel III, to the writing of which I contributed, allow banks to issue hybrid securities to bolster capital. Let’s call it ‘fake’ equity, but professional investors call it hybrid capital or CoCos. The clever thing of these Contingent Convertible securities is they are cheaper than the real thing and can be transformed into equity on the drop of a hat. Professional investors understand that.

Unfortunately, the Reserve Bank does not like CoCos … at all. It has described them as the ambulance at the bottom of the cliff (and equity as the ambulance at the top of the cliff). According to Reserve Bank documents, CoCos are too difficult to understand. This, of course, is hardly true. Banks worldwide have issued billions of CoCos capital and there is no evidence to demonstrate their failure. To the contrary.

Annelies and I confirm that the Reserve Bank erred in its decision to ban CoCos. We documented 720 cases of European banks that converted CoCos into real equity. As a result, equity of European banks increased by €32 billion. To put this number in perspective: the total amount of bank equity capital in New Zealand is $43 billion (€26 billion).

The cases we studied are like 720 parachutes that helped banks falling off a cliff, not the ambulance at the bottom of the cliff. The banks we examined needed extra capital to become stronger. But instead of raising equity, which could potentially lead investors to panic, they decided to transform CoCos into equity. And rightly so. Using parachutes can be difficult, but if you are an experienced skydiver would you still opt for an ambulance? Don’t think so.

Well no – there is more support for CoCos. For example, they can take losses to spare taxpayers. They can also support cooperative banks.

Cooperative banks and mutual societies would benefit from hybrid capital. The blue graph in the picture below shows that the price of Banco Popular’s CoCos dropped in the months leading up to the bank’s demise. The price drop informed the public of the deteriorating health of the bank.

This is important, because cooperative banks and mutual societies cannot issue shares to bolster equity. But Basel III rules allow banks to issue hybrid Tier 1 securities, which then enable investors and depositors to monitor the health of the issuing banks.

And then there is there is the Deutsche Bank case, which offers even more support for CoCo capital. But that’s for another post.

*A version of the research is here.

1) CoCos derive their name from Contingent Convertible capital: capital that converts into equity upon some event, or contingency, happening.

*Martien Lubberink is an Associate Professor at the School of Accounting and Commercial Law at Victoria University. He previously worked for the central bank of the Netherlands where he contributed to the development of new regulatory capital standards and regulatory capital disclosure standards for banks worldwide including Europe (Basel III and CRD IV respectively). This article first appeared in Capital Issues and is reproduced with permission.

Is this suggesting that RBNZ is not relying on data-based evidence, but on whim/ideology re CoCo's? If so, hardly what one would expect of a central bank.....