Kiwibank cuts credit card interest rates, dropping some below 10% for the first time as it announces new Visa deal at Mastercard's expense 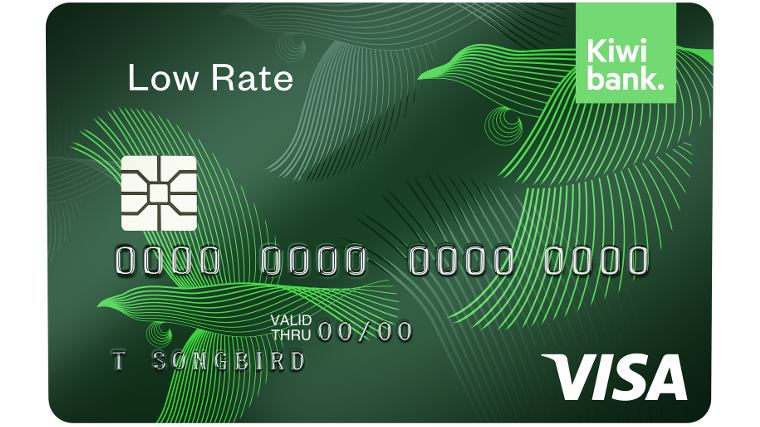 Kiwibank is reducing the interest rates charged to borrowers using its credit cards as it moves to Visa from Mastercard.

The state owned bank says the reductions include;

Kiwibank says it's the first time its lowest credit card rate has been below 10%.

“With interest rates at an all-time low, reducing rates on our low rate cards is the right thing to do. This will help many of our customers, and it’s one of the many ways in which we’re committed to helping make Kiwis better off," Kiwibank chief marketing officer Mark Wilkshire says.

"We believe reducing the interest rates on our low rate credit cards will make the biggest difference for everyday Kiwis, so we’ve started with these."

Kiwibank also also says it's entering a new, exclusive partnership with Visa to provide both its credit and debit cards. The bank has been working with Mastercard. Wilkshire says working with Visa will allow Kiwibank to offer "better innovation" to customers in the future.

Kiwibank customers can apply for a Visa credit card from next Monday, July 1.

"Existing customers do not need to do anything just yet. During the next 12 months they will be switched to a Kiwibank Visa credit card and will hear directly from Kiwibank a few weeks before receiving their new card."

Update: We have corrected the Kiwibank balance transfer details.

Dont be silly, rich people (& smart people) dont pay interest on credit cards, they pay the balance before the due date and dont use credit cards for cash advances. Credit cards are the bane of poor and silly people, and sometimes temporarily of those that hit a rough spot.

Their gold card has negligible uptake anyway. It's the Air NZ branded Airpoints Platinum card which has the higher number of KB customers. I see these aren't mentioned in the list though :D

This will probably help some people significantly. Its a good thing, even better if they shred the cards since they aren't good with money if they are paying interest on credit cards on a regular basis.

And overdue. I hope this provokes the other banks to move, given the extremely low rate environment.

Other than the low rate cards the interest rates have worked like a cartel. It'll be interesting to see if Kiwibank has a big impact.

The world is awash with cheap money getting cheaper by the day.

Who cares about the rate. Even at those rates only the truly desperate would owe money on credit cards.

There are a lot of desperate people out there living from paycheck to paycheck. Just goes to show how disconnected most of the old timers on this site sitting on their term deposits are.

Yes the other day they were worried about what a hassle it would be putting 50k in six different banks to get more of a total insured.

Whatever happened to your Hillman Hunter?

yeah, who needs food or clothes when you can wrap yourself in money.

yeah, who needs comprehension when you can get by on being a complete DB.

Interesting. No calls for an inquiry that soon NZ may only have 1 provider in Visa? The whole card market captured by 1 company? And we are worried about the 4 big banks?