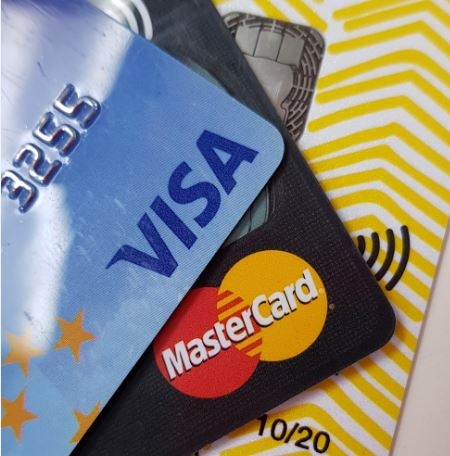 If our financial markets regulators are serious about making the banks they regulate consider their customers' long-term outcomes they could start by plucking the low hanging fruit of credit cards.

The Financial Markets Authority and Reserve Bank report on bank conduct and culture this week suggested establishing basic legal duties on banks to protect or enhance customer interests and outcomes. Credit cards are an obvious product where the long term benefits to their users can be questioned.

Over the past few years interest.co.nz has, on several occasions, highlighted a baffling lack of interest in credit cards from our regulators. Most recently we did this in July.

On that occasion we noted an Australian Securities and Investments Commission (ASIC) report on credit card lending in Australia had again contrasted with the dearth of interest from New Zealand authorities in credit cards, their high interest rates and their debt trap potential for consumers. ASIC, in contrast, highlighted concerns with problematic credit card debt.

This year's Ministry of Business, Innovation & Employment discussion paper on the Government's review of consumer credit regulation mentioned credit cards just three times. And "credit card(s)" did not appear in a single one of the paper's 28 questions seeking feedback.

Meanwhile ASIC's report estimates Aussie consumers, repeatedly charged interest on high-interest rate cards with a purchase rate of more than 20% for three or more months, paid at least A$621.5 million more, in 2016-17, than they would have if interest was charged at 13%. ASIC also highlighted a "debt trap" risk for consumers when making balance transfers between credit card issuers. That's because 31.6% of consumers making balance transfers increased their total debt by more than 10% with 15.7% increasing their debt by 50% or more.

Two years ago when The Co-operative Bank launched its credit card, with annual interest of 12.95% for both purchases and cash advances, the bank's then-CEO Bruce McLachlan said credit card interest rates and fees "have been ridiculously high for too long." McLachlan was right.

This year's Financial Institutions Performance Survey (FIPS) from KPMG showed banks' profits at $5.19 billion and banks' funding costs at 2.82%. These were the highest profits and lowest funding costs in the 31-year history of the FIPS. And credit cards are a profitable area for NZ banks. In 2016 the London-based Lafferty Group cited NZ as the seventh most profitable credit card market out of 72 countries it surveyed.

Meanwhile, mortgage brokers point out borrowing capacity for home buyers has reduced by about 20% over the past two to three years, in part because banks are now factoring in credit card limits to their mortgage lending decisions. This is against a backdrop of household debt as a percentage of disposable income reaching 166.3% in June, a fresh record high, according to Reserve Bank data.

Then there's fees and the effective cost of credit. Interest.co.nz recently calculated the the effective interest rate is 26.2% on Gem Finance personal loans when fees are added, well above the advertised 12.99% interest rate. However in the Government's recent review of credit regulation Cabinet rubberstamped MBIE's decision to not require lenders to disclose the full cost of debt in one percentage figure, by combining both the interest rate and fees charged to borrowers.

Not willing or able

The Commerce Commission told us; “There are no restrictions on interest rates so constraint is provided by the competitive market. It’s not an issue we would investigate unless evidence emerged of collusion between banks to set rates at a certain level.”

The Reserve Bank told us; "The Reserve Bank of New Zealand regulates banks, insurers, and non-bank deposit takers (NBDTs) at a systemic level - i.e. to make sure the financial system remains sound. We don’t regulate from an individual customer protection perspective and don’t have comment to offer about pricing of products and services offered by banks, insurers and NBDTs."

And then-Commerce and Consumer Affairs Minister Paul Goldsmith told us; “We watch what goes on in Australia with interest, but ultimately, what are the levers that you pull? My sense at the moment is there’s no strong call for any significant intervention in this area. Ultimately it’s for the banks themselves to explain the interest rates they charge, and they’ll be under competition pressure if a gap emerges over an extended period of time between the OCR and the credit card rate."

So neither the consumer watchdog, bank regulator nor Minister were willing or able to step in.

And what about Visa & Mastercard & the social licence concept?

Then there are Visa and Mastercard, who earn fees from the banks that issue their credit cards, and by processing payments. The bank credit card issuers, of course, lend the money and charge the interest rates. Reserve Bank Governor Adrian Orr spoke this week of banks needing to go above and beyond their minimum regulatory requirements and having a social licence to do the right thing by customers.

Well, what about Visa and Mastercard's social licences? These two multi-nationals were pioneers of the tax minimisation the likes of Apple, Google and Facebook are now criticised for. Visa and Mastercard's NZ revenue is routed through their Singapore parent companies who have sweetheart tax deals in that country.

So if our government and regulators are serious about making banks protect or enhance customer interests and outcomes and big corporates live up to social licence obligations, they could start by taking a good look at the credit card market.

Although I've never paid interest on a credit card in years, as it's optional whether you pay the monthly balance in full or not, I've always been bemused on the justification of the high interest rates. Unsecured lending is the catchcry - so much risk justifies the rate. When pointed out that the fine print actually secures the debt against my healthy mortgage equity, my savings accounts and most likely non-vital bodily organs, a rate reduction was still not forthcoming.

What about councils 10 % compounding (albeit 6 monthly or annually), on outstanding rates. Some would argue fair penalty for nonpayment, but it is well above councils borrowing costs. And it is secured against the property the rates are levied against.

Alipay & WeChat pay is huge in China & these forms will lead the way.

Add in the money gathered by the Payment Protection Insurance (PPI) sold with credit cards and the concerns at regulator level should be even more significant. The British banks have had to set aside billions to compensate clients who had PPI foisted on them with no monitoring of their likelihood of lodging a successful or valid claim. NZ banks follow the same practice, receive a substantial commission from the underwriter, and never check whether the cardholder remains eligible to receive benefits.

I'm amazed at how many people are pulling out cash advances from credit cards, and essentially running them as very expensive overdrafts. The effective interest rate, taking into account cash advance fees will be close to 50%pa in many cases. This is frankly no better than rates charged by payday lenders.

Labeling is very important. Why is it the supermarkets, car yards, appliance shops and pharmacies have to label their goods with easy to read, standarised labeling while the banks get away with a 20 page contract.

It's very easy to find out how many calories are in a bottle of milk or how safe a used car is. The experience should be the same for finance.

Perhaps you should ask why the regulators have been so asleep at the wheel and effectively given the control of the Nz domestic payments system over to the card schemes who charge not only on the credit card transactions, but also debit cards and eventually plain old eftpos as well.

Consumer rip off is even more in the transaction fee space. But not only that, they have given control of interchange and settlements system to the scheme too. That is disgusting.