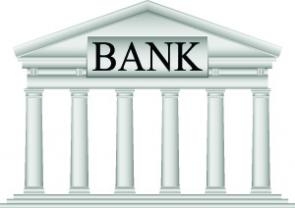 The Government is considering establishing a legal duty to make banks consider a customer's long-term outcomes in what a senior lawyer says would be a profound change from a buyer beware culture to something more akin to a fiduciary duty of care.

In a point picked up by Finance Minister Grant Robertson, this week's Financial Markets Authority (FMA) and Reserve Bank (RBNZ) report on bank conduct and culture suggests basic legal duties to protect or enhance customer interests and outcomes could be foisted on banks. What would this mean, how could it be done, and how would it be enforced?

Commerce and Consumer Affairs Minister Kris Faafoi told interest.co.nz potential legislative options, including enforcement approaches, are still being worked through. Faafoi says government officials are looking at what legislative steps the Government could take, including addressing regulatory gaps highlighted in the bank conduct and culture report.

"Because this is a new area for the Government, we’re likely to consider what other jurisdictions have done or are doing," Faafoi says.

"We’ve considered, for instance, the interim report of the Australian Royal Commission’s discussion on how a short-term focus on profits came at the expense of long-term consumer outcomes. At the same time, we’re mindful of the need to see where Australia’s Royal Commission lands before we make any decisions. The Royal Commission is due to report back [its final report] by 1 February 2019."

"I note that duties to consider the interests of customers are not new. For example, the Financial Services Legislation Amendment Bill already includes a duty for financial advisers to give priority to a client’s interests," Faafoi adds.

Minter Ellison Rudd Watts chairman and partner Lloyd Kavanagh says establishing a legal duty for banks to consider a customer's long-term outcomes would be a shift from the historic buyer-seller relationship. Kavanagh says he's not aware of anywhere in the world where such a duty has been imposed in terms of day-to-day banking business, at this stage. It would be "really interesting" to investigate how it could work.

Transitioning the relationship, in relation to basic bank products and services from the historic legal approach of one of a buyer and seller with the buyer beware principle (assuming the statutory disclosure, and no misleading conduct),  to one with a fiduciary relationship where there's a form of duty of care in relation to “outcomes," would be a profound change, he says.

"It's good that the Government are looking at the responsibilities of major institutions. I'm just trying to get my head around how the transition from a buyer and seller relationship of a product and service, transitions to something where there's some form of duty of care in relation to outcomes, more like a fiduciary," says Kavanagh.

"In practice that might prove difficult to achieve. Especially where the customer hasn't engaged the bank to provide advice. [It's a] really interesting idea. [But] I suspect it may prove more challenging in practice than they might assume."

"If they were to impose something along those lines it would be a fundamental change, transition, to the nature of the relationship," adds Kavanagh.

"Imagine you go to the bank asking for a mortgage because you'd like to buy a house and they say, 'let's investigate what the outcome of getting a mortgage would be versus let's say not buying a house, renting and investing the money in unit trusts,' for example. You'll probably turn back to them and say, 'listen mate, I've already made that decision, I just want to know have you got a mortgage that's going to enable me to do what I want to do?'," Kavanagh says.

He points out that under the current buyer-seller relationship, the lender has duties under the Fair Trading Act, and under the Credit Contracts and Consumer Finance Act (including the under the Responsible Lending Code) to not be misleading or deceptive, to disclose information, and to act responsibly. That includes clearly explaining the cost of credit in advertising, checking someone's financial position before finalising a loan, and acting ethically if a borrower falls behind on repayments.

"But to transform the relationship into necessarily one of being responsible for the customers “outcomes” is a big ask,  kind of like making financial advice compulsory. It would be a profound change. And it would be really important to understand whether that's something that the customers actually want and what would be involved in equipping people at the banks to be able to do that," says Kavanagh.

ComCom the conduct regulator for credit, lending and bank accounts

Separately Kavanagh points out the discussion in the FMA and RBNZ's report about conduct regulation gaps, highlights the absence of the Commerce Commission from the bank conduct and culture review. The FMA and RBNZ report notes neither of them has a direct legislative mandate for regulating the conduct of providers of core retail banking services such as lending, credit, and bank accounts.

"To the extent that there is a regulator about conduct in relation to the provision of credit, lending and bank accounts, in New Zealand that's the Commerce Commission," says Kavanagh.

"And of course they [the Commerce Commission] weren't charged with undertaking the review. And instead you've got the Reserve Bank quite rightly pointing out they are concerned primarily about things which impact on the systemic sustainability of the financial system, which of course these issues don't go to that. And the FMA whose responsibility is primarily for entities licensed by them, in relation to the licensed activities. And of course, yes most of the banks will also have a licence for something from the FMA, but some of them don't. And they're not licensed by the FMA for their core business."

The FMA and RBNZ do say they will share information that relates to banks’ adherence to the Responsible Lending Principles with the Commerce Commission for its consideration. And any remediation issues warranting further investigation and potential enforcement action will be considered by the FMA, RBNZ or the Commerce Commission, depending on who is responsible for the legislation relevant to the issue, the bank conduct and culture report says.

Could you do me a really big favour, watch this from Mr Richard Werner and give me a call.. David has my number... I'd be keen to have a chat with someone who has interviewed a number of heads of banks and be keen to get your take on all of this. I'm away for a couple of days now but will be free from Tuesday.

This request is made publicly, purely because I'd like others to watch the video and think. Your response to me would obviously be between us.

A very good move, this. Certainly a step in the right direction, in making the banks more accountable to their depositors. However there still needs to be a requirement that depositors funds remain the property of the depositor. One outcome of this would then be more transparency. We would then be able to better determine a banks true effectiveness at their business, improving competition.

ACT's David Seymour is not impressed with the FMA & RBNZ. Here's a press release from him;

The Financial Markets Authority and the Reserve Bank have gone rogue with their Bank Conduct and Culture study, according to ACT Leader David Seymour.

“As the report admits ‘Neither [the FMA or the Reserve Bank] has a direct legislative mandate for regulating the conduct of providers of core retail banking services (lending, credit, bank accounts).’ But they went and did the $2 million dollar study anyway.

“Government agencies such as these are not laws unto themselves. They are supposed to follow the law like everyone else, like, ironically, the banks they investigated are supposed to.

“Instead, they have carried out an extra-legal study at enormous expense to the taxpayer. Bank Governor Adrian Orr has admitted that the report required 14,000 hours of staff time to complete.

“If they’d found anything useful the $2 million price tag might be worth it, but they did not. From the report itself:

“…conduct and culture issues do not appear to be widespread in banks in New Zealand at this point in time.”

“In other words, the report found nothing that mightn’t be found in any organisation, perhaps even the FMA and the Reserve Bank themselves if they were to be investigated. Instead, it clutches at straws and speculates that somewhere, somehow, there might be something wrong.

“The Bank and the FMA should be chastised by their Boards for this extra-legal time wasting and mission creep done at the taxpayer’s expense.”

For students, here is a look under the carpet of how things are done in Ozzz.

Bankwise, make your own arrangements.

See the comments:
The regulator is captured. They're working for the benefit of the banking system, not the nation it is meant to service. Thus the nation, and by that I mean households, are compromised. Until the regulator works for the benefit of the country not the banking sector, we're stuffed. The crisis will see the govt. advised by the regulators, bail out the banks rather than distressed households. Capitalism works by letting the weak entities fail; out current regime short circuits that process, meaning failed and flawed banking business persist. An utter failure of policy.

The days of receiving your wages in a brown envelope as cash with a payslip are long gone. We're all corralled in to the reaches of banks. And in many corners of the country, you likely have no choice which bank if you want to have a physical branch within a sensible distance. So yes, more work in this space please.

Dear Government - get on with it.

Be careful what you wish for. All of these Nanny state regs are allowing financial institutions with an out to risks that they don’t really want in the first place. At the margin it’s the ability to get finance that decides who buys homes. As a wealthy boomer I welcome regs that knobble my young Turk competition.

About time too - and extend it to all financial service providers including advisors, insurers and brokers. Also include finance companies and building societies and credit unions