Reserve Bank figures show credit card billings dropped a seasonally-adjusted 5.8% in August as Auckland went into level 3 lockdown and the rest of the country level 2 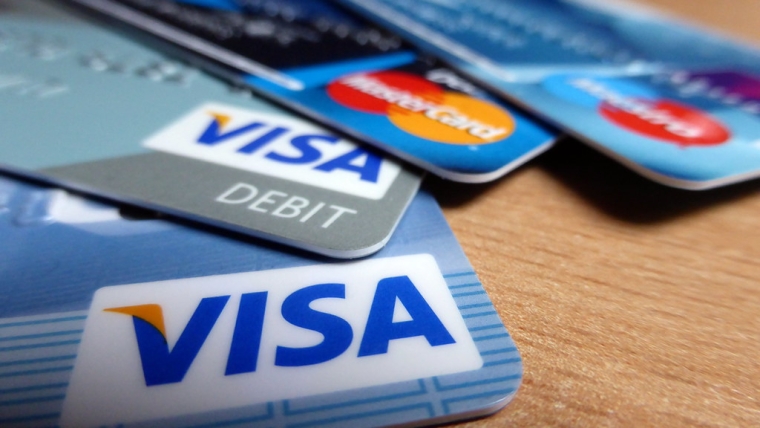 Down but definitely not out might be one interpretation of the latest credit card spending figures for the month of August.

Reserve Bank figures show credit card billings in New Zealand dropped a seasonally-adjusted 5.8% in August as Auckland went into level 3 lockdown and the rest of the country level 2.

The billings for the month were a little under $3.6 billion, which was $485 million less than at the same time last year - but the latest month's figures of course had New Zealand's largest city in a 'lockdown lite' from August 12 onwards - which suggests consumers are adapting spending patterns to the Covid restrictions.

The RBNZ said the effective credit card interest rate on all personal debts fell by 20 basis points to 9.9% which is the lowest on record. 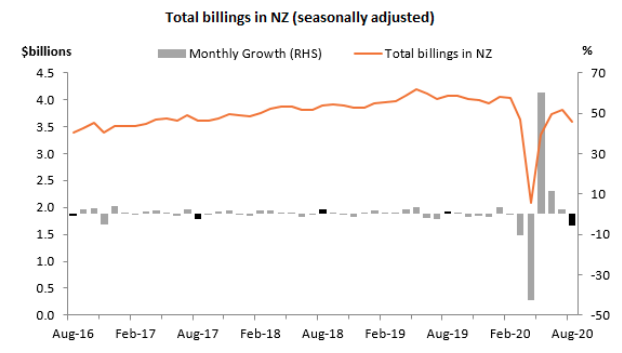 While monthly credit card spending recovered strongly after the country had emerged from the full lockdown in April, the amounts outstanding on credit cards are still well down on where they were a year ago. We've paid off debt and we've kept the debt off, relatively.

At the end of April the amount outstanding fell, on a seasonally adjusted basis to about $5.9 billion. April saw the largest monthly fall on record and brought billings back to levels last seen in 2006. They've since been rising again but not by much. And in August they fell again.

As of August, the total advances outstanding fell 2.6% on a seasonally-adjusted basis compared with July to $6.2 billion. 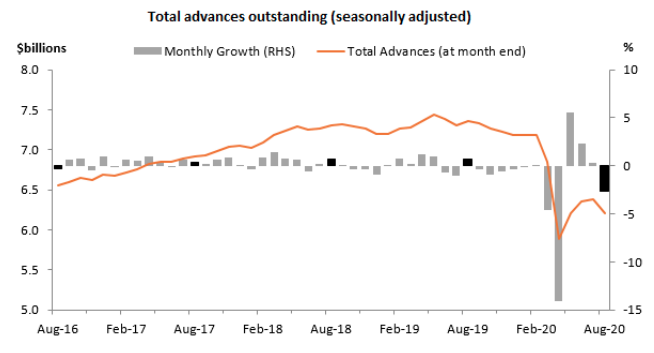 Wait for subsidies and stimulus to end.

Should start the slowdown from November onwards..

yep, balances down due to all that free cash. All burnt know...so back to square one, but $13 bill poorer. Perhaps we should try $20 bill next time?

What about online shopping with credit cards ? Is that included in this ?