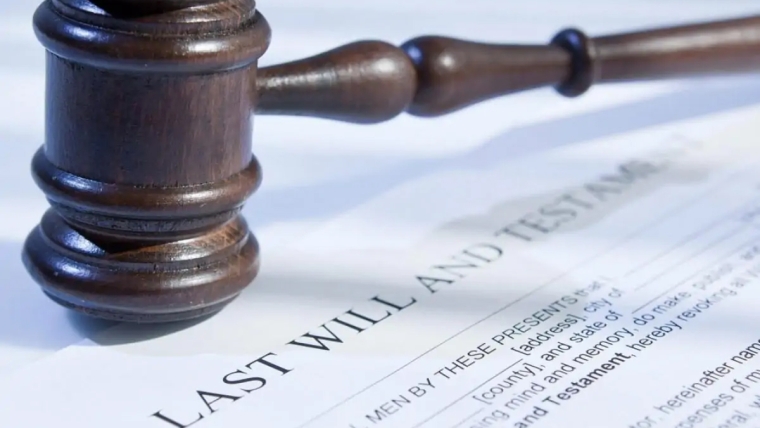 A Hamilton solicitor died, leaving only one asset of significance – a half-interest in a house worth about $500,000.

The solicitor had been in a relationship with his wife for 37 years.

The three children sued, claiming lack of testamentary capacity and undue influence and sought an award under the Family Protection Act.

This was some of the evidence about O’Neill’s lack of testamentary capacity: he was forgetful and repeated the same question every couple of minutes, he would forget a conversation within minutes and then ask the same question again, “whenever he was outside his normal environment… he would need complete guidance and direction on just about everything”, he couldn’t remember the ages of his children and he relied on his wife to write notes on a board on the dining room table to remind him when she would be home, whether someone was coming to pick him up for an outing or if a cleaner was coming etc.

Three doctors said he had sufficient mental capacity to make a will and their evidence was upheld. The claim of testamentary incapacity failed.

The children said when he made his final will, their father did so as a result of his wife’s undue influence. He had poor eyesight and relied on his wife “to take him everywhere” and he was substantially dependent on her. This and other evidence was held not to be sufficient to establish a claim of undue influence.

That left the claim under the Family Protection Act and this article is primarily about this particular cause of action.

Two of the children were well off but the third appeared not to be. There is ample authority for the proposition that children who are well off but who receive nothing from a parent’s will might reasonably expect to get a payment of up to 10% of an estate for ‘recognition’ or ‘support’. But the court gave them nothing, with Downs J saying, “Every case under the Family Protection Act turns on its facts. Richardson P made the same point in [the leading case of] Williams v Aucutt, as did Blanchard J writing separately, “[The facts] here count against an award.”

The case illustrates the uncertainty of litigation involving claims of testamentary incapacity and particularly claims under the Family Protection Act.

I suspect most counsel, advising children who received nothing under their father’s will, would advise them that a claim under the Family Protection Act would be likely to succeed and there would be a reasonable prospect that they might receive about 10% of the estate – albeit after the wife had died.

The judge has not yet ruled on costs and whether the children must pay the defendant’s costs for a four-day trial. If they have to pay the widow’s costs, having received nothing from the estate, they will surely feel this area of law is so uncertain as not to justify the risks and expense of litigation.

In making these comments I am not criticising the decision of Downs J. The point is simply to show how fact-specific so many of these cases can be and how the outcome of cases under the Family Protection Act can be impossible for counsel – or indeed anyone – to predict.

It is hard to think of any area of the law in this country that gives judges such wide discretions and makes the outcome of such claims so unpredictable. And, being so unpredictable, so unappealable as well.

The regime can be contrasted with the ‘forced heirship’ regimes in continental Europe and in many Islamic countries where wealth devolves in stated proportions to family members.

By contrast, the Family Protection Act gives no bright lines for the way assets should devolve amongst family members.

The principles that New Zealand judges should apply have varied over time with the Court of Appeal having said a few years ago that the courts had been too interventionist and ought to make fewer changes than before.

This area of the law is inherently uncertain because there are no prevailing beliefs within New Zealand society as to the ‘right’ way assets should devolve on death. There are widely-divergent opinions. Some people believe children should be made to fend for themselves. Others think all parental wealth should devolve to a spouse and children. But how much should devolve to the spouse and how much to the children? Should there be a principle of equality? Is a court unfair in preferring inequality?

I think it likely that some judges would have found in favour of the children in the O’Neill case but that doesn’t mean Justice Downs got it wrong. The fact that some judges would favour the children and others wouldn’t reflects the divergent views in New Zealand on this subject and the unpredictability of the outcome of claims under the Family Protection Act reflects the prevailing lack of consensus on the way assets should devolve on death.

Anthony Grant is an Auckland barrister specialising in wills, trusts and estates law.  This article originally appeared in LawNews (ADLS) and is here with permission.

And this useful article doesn't even go near the messes of multi-blended families and other common circumstances, when munny is at stake....

This article shows how pointless Wills actually are. There have been many cases where a slighted family member has challenged the deceased wishes and won. This, imv, is disgraceful and needs addressing. It is not for Judges to override a Will, regardless of any perceived incongruity - the Will was a full and final settlement as per the deceased wishes. They should be 110% uncontestable.
I personally have an estate worth a not inconsiderable amount - If I die unexpectedly I know my estranged 1/2 siblings will be in like a pack of vultures, with no regard to my common law partner. My Will should not be contestable, and certainly should not be left to an "impartial adjudicator"

Having said all of the above - my partner is a shareholder and co-Director of the Company that holds the assets so the control of dispersion lies with her. Far better than a Will.

In the UK you leave something specific to the relative you wish to disinherit. A shilling was common or like Shakespeare leave them your second best bed.

In an ideal world I could leave all my debts to my feathered siblings.

No it doesn't show that. It's about mental capacity. There are plenty out there who swoop in on the vulnerable in their final years/months when mental capacity and ability to see a manipulation is reduced --- and bingo, the old dears change the will. In doing so locking out a lifetime of support from others to give to the recent vultures.

If your read the article, the Wealthy step children made claims about their fathers mental abilities, but if 3 medical professionals state he was competent, then one can only assume the evil step children were more interested in their fathers cash, than respecting his wishes.

Having recently,and still are,involved in Court action over a will,my best advice to any one is this.If you have something you want somebody to have,give it to them while you are still alive.
The biggest problem is that people don't think that they are going to depart.
The Lawyers are doing well out of litigation and in my estimation the estate has been reduced by 30% .

maybe justice was served after all,the good widow can sell her million dollar home and bid her stepchildren KMA goodbye!

This article seems to be more about members of the legal profession lamenting an instance where the wishes of a deceased person was actually honoured! What chance does an ordinary person have, when they go to a Solicitor, pay their good hard money to have a will drawn up, only to have other Solicitors and Barristers use trickery to rob a percentage of the deceased estate. I am sure some evil greedy barrister or Solicitor is behind this case, as it seems a pretty weak case at face value. I am not sure of the finer details of this case, but just reading the article The Deceased was a former Solicitor making provision from a modest Estate for his wife of 37 years. Now if he cannot have his will respected by his family and the legal system, who can?

How can any Solicitor charge for a will, when he knows it is practically worthless. If a will that has been properly prepared by a Solicitor is challenged then the costs associated with that will should be borne by the Solicitor who challenges the Will if they lose. If the legal profession have a financial risk for challenging a will just because they can, then I am sure a lot of this nonsense will stop. With the exception of extreme cases, the courts have no business in changing the wishes of HOW A PERSON DISPOSES OF THEIR ASSETS. In this case, it seems greedy wealthy step children just wanted to get that last hand out, at the expense of their fathers wishes. the Judge seems to have acted in a manner that passes the pub sniff test. The average Solicitor and barrister must be shocked at the assault on their potential earnings. The dignity of older persons look to have been respected by the decision of this Judge.

Anthony Grants article is flawed. A little knowledge is a dangerous thing as he proves. Did he find out if offers to settle had been made with the widow to the children?
Mr. Grant calls his article "The uncertainty of litigation" I think it needs to be called "The certainty of greed"
( a lesson to us all ). Justice Downs got it right !
Deb