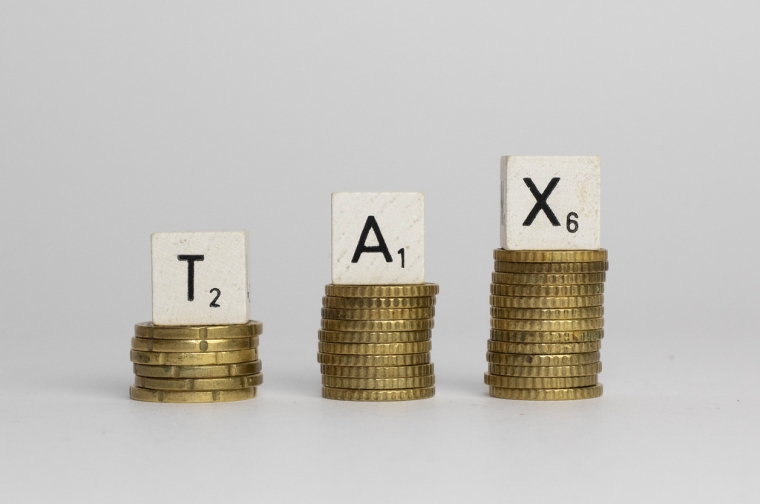 The Inland Revenue Department is warning people on incomes over $180,000 not to try to avoid the new 39% tax rate.

"Inland Revenue will be keeping a close watch for any activity by such people that looks like its primary aim is to avoid the 39%. If that’s how it looks to us then we’ll take the necessary action," Inland Revenue customer segment leader Tony Morris says.

Here's a statement from Inland Revenue.

Inland Revenue (IR) says the new 39 percent tax rate for those on incomes over $180,000 may see some high-income earners tempted to try and reduce their exposure to the rate.

IR Customer Segment Leader, Tony Morris, says IR will be keeping a close watch for any activity by such people that looks like its primary aim is to avoid the 39 percent.

“If that’s how it looks to us then we’ll take the necessary action.

“We’re currently talking directly to tax agents and putting out a range of direct communications that are effectively a warning message and a guide to what kinds of activity will concern us.”

“We’re about to reissue one of those, a Revenue Alert first put out in 2011,” he said. “It focuses on diverting income from one business entity to another, and while we haven’t substantially changed our approach to this, it reframes the Alert in the context of the new 39 percent rate.”

Mr Morris said customers should think carefully about what moves they make around the new rate and look at the available information.

“The message really is, if you’re in doubt, or have questions, the best thing to do is seek advice. And of course, you can seek rulings from Inland Revenue.”

They are woefully policing the bright-line test on property speculation yet when someone invests in themselves (whether it be skills or knowledge) to improve their pesonal income they get whacked?

Are the IRD threatening people not to get competent tax advice and legally avoid tax?

It's illegal to avoid tax, it's just not a criminal offence. Civil penalties for tax avoidance are 100% of the tax avoided.

My vague memory of tax 101 is that it is illegal to evade tax, but not illegal to avoid tax......... Wasn't Penny & Hooper about tax evasion?

In P & H the tax avoidance was counteracted by taxing all the income generated by the surgeon's services at the top marginal tax rate at the time i.e. 39% (rather than the lower trustee rate of 33% which had been paid as dividends from the surgeon's respective companies to their family trusts which were the shareholders).

Read my original post and the link I provided to the Supreme Court decision.

Small business in New Zealand have been avoiding it for years in ways that are clearly not illegal. Its pretty easy you just put members of your family on the payroll and redistribute your high salary to avoid it. How is the IRD going to stop that ? They would have to put your work under surveillance for a long period of time to confirm that those family members don't actually ever show up to work and now with all this working from home due to Covid........

Many dairies/small shops have two payment register. One for cash and other if paying by eftpos.

Is IRD not aware of it ?

Its just not worth their time to go after the small fish. Its the same deal with one man band contractors & cash.

Chasing all those looking to make a quick buck on flipping houses.

Someone I know just built a new house in the same section of his old house buy subdividing and his accountant have told him to sell after 6 months to avoid tax.

Must be a way

You must have misunderstood "6 months" for "10 years". Any development properties sold within 10 years are subject to tax and GST on any profits.

There was an argument at one point that turned on which bit of land a section of Act that read 'that land' was referring to. So it looked like it was possible to carve out a subdivision of your the land your family home was on if you had a massive back yard and not incur tax when you flogged off the new unoccupied section you'd created, because the 'that land' was actually land that was part of your family home and therefore exemptions still applied.

Dunno if that's still the go but it was definitely being explored as holding water at a few years ago.

Were they not active before against any level....why highlight it now, as if indicating from now....

Yeah, there is an immense number of tax payers earning just under the the top marginal tax rate........ what are the IRD doing about that at the moment?

The knew 39% rate will promote avoidance. Currently the top marginal rate kicks in at $70k and is the same as the trustee rate (33%) so little incentive or opportunity to avoid.

If something should be illegal, they should be written in law to make it so. Coming up with pseudo tax code to take the place of a proper law opens up to all kinds of interpretations. That makes the rule of the law becoming subjective, unequal and abstract.

This behaviour is undermining the rule of law in the country and we wonder why the nation is regressing into primitive anarchy.

Here's a better idea than giving professionals impossible judgement calls around total uncertainty and clogging up the court system in years to come with these cases: why don't politicians make good law!

Differing trustee, corporate and personal top tax rates is awful law, set only for disastrous consequences which we already know.