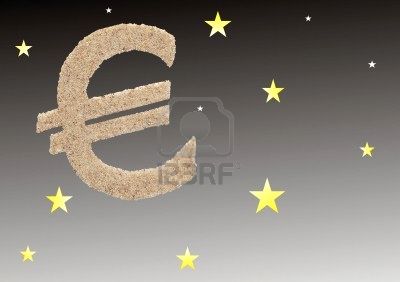 The catch-phrase “Confused? You soon will be!” perfectly summarised the chaotic goings on of the old TV show Soap. Unfortunately, it also rather too accurately summarises the current New Zealand income tax treatment of foreign investment funds (“FIFs”), particularly with regard to overseas pension and superannuation schemes.

Unless an exemption applies, a person’s income from FIFs is deemed to be the lesser of 5% of the FIFs market value at the start of the tax year or the increase in its value plus any distributions received in the year. It is therefore quite possible for the tax payable to be much greater than the cash flows from the investment itself.

Exceptions to the rule

To alleviate this problem certain types of superannuation and pension schemes are exempt from taxation as FIFs. The most notable exemption is one relating to interests in Australian superannuation schemes. It is a telling comment about the complexity of the rules regarding FIFs, that when this exemption was introduced in 2007, it was effectively backdated to 1993-94 when the rules regarding FIFs taxation first applied.

Unfortunately, for those who have overseas pension and super schemes outside Australia, the position is not so clear cut. Although a number of exemptions are available, needless to say these are complicated to understand and apply. Nowhere is the confused and complicated nature of FIFs taxation more evident than with United Kingdom pension schemes.

With effect from 6 April 2006, the United Kingdom allowed funds to be transferred from a British pension scheme to a Qualifying Registered Overseas Pension Scheme (“QROPS”) without triggering a tax charge of up to 55%. If a transfer was made then it was possible for up to 30% of the pension fund to be “unlocked” at transfer.  Subsequently, many British expatriates and returned Kiwis have taken the opportunity to transfer their UK pension entitlements to a QROPS.

In March this year, the Inland Revenue stated that it considered that any UK pension fund which could allow a transfer to a QROPS was not eligible for the exemption from FIFs taxation.

The Inland Revenue’s interpretation applies to any person who has interests in a UK pension scheme which the person has either transferred into a QROPS or is eligible to do so.

The new interpretation therefore catches those taxpayers who could transfer funds into a QROPS but have either chosen not to do so, or were unaware that they could do so.

It seems unfair that New Zealand taxpayers are expected to understand the implications of a change in the United Kingdom taxation regime.

Furthermore, the Inland Revenue’s announcement has retrospective effect for those taxpayers who have filed tax returns for earlier years in the belief that their British pension schemes were not taxable FIFs. Consequently, taxpayers who may have incorrectly excluded income from FIFs from their tax returns may face penalties and interest. Remember too that any tax, interest and penalties cannot be funded from the pension schemes themselves as the funds are locked in until retirement.

The Inland Revenue’s concern is that someone who transfers their UK pension interest into a QROPS may be able to withdraw up to 30% of the fund.

But if those withdrawn funds represent a return of contributions then where’s the mischief? It’s also worth noting the different treatment for Australian super schemes where widespread non-compliance was effectively approved through the backdating of the exemption.

It is the Inland Revenue’s responsibility to issue clarifications about the application of tax law. However, in this instance, it’s hard to escape the conclusion that clarifying the position five years after the event is rather late in the day.

As it happens, we understand the IRD are reviewing the current rules and will issue a clarification later this year about the taxation of overseas pension and super schemes. We hope this clarification will greatly ease some of the concerns which have arisen, particularly in respect of transfers to QROPS.

In the meantime, readers who believe they may have overseas pension schemes which are potentially taxable as FIFs should seek professional advice.

*Terry Baucher is New Zealand tax specialist and consultant. You can find his columns in our new personal finance section.

I do not think IRDwill care about retrospectively hitting people. Threrr concern is only justifying their own position irrespective of the right or wrong. Stil lets see?