The failings of frugality; Google's grip on the wallet; UK tax clamp down targets small fries; The kid cost calculator; Countries with the highest tax

The failings of frugality; Google's grip on the wallet; UK tax clamp down targets small fries; The kid cost calculator; Countries with the highest tax 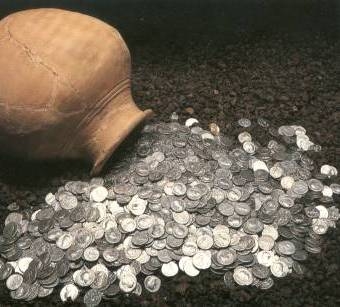 Following a story not too long ago about how to save $100 by changing power companies, someone tweeted me to tell what a pathetic savings it really amounted to on a daily basis. Less than $2 a week or .27 cent a day. Fair enough. It's chump change really.

If it weren't for the fact that changing power companies is (ostensibly) a relatively painless process, I'd agree it's hardly worth the effort.  Same goes for the relatively small savings to be had by depriving yourself of small pleasures (ie. a decent coffee).

Here Forbes Money discusses the shortcomings of frugality as a savings plan and advocate a more aggressive plan of attack.  It's a good one.

2) Google is raiding your wallet

Our managing editor here at interest.co.nz has a mantra that he recites on a regular basis: "Google is God.''

A bit profane for anyone remotely religious or spiritual but there's no denying Google is an omnipotent force in modern life.

Whether you worship this virtual God or not, the search engine deity just got bigger. A new facility now allows Google to negotiate payments with mobile phones.

The Google Wallet is Open for Business.

3) The kid is killing my budget

Budgeting for babies? Who does that? I read once that 75% of all children born are unplanned. Having two little rug rats of my own, I can testify they don't come cheap.

Fortunately for me, doting grandparents have been financial Godsends. So how much can you expect to pay per child?

Not an exact science doing the math because you don't know what cards the DNA gods will deal out and whether you'll be raising an entrepreneur, a musical genius or an Olympian who needs expense gear.

This blogger on couplemoney.com takes a stab at it here. Also, here's a calculator to try for fun, although the sums might leave you in a funk.

Apparently, it's not only penurious journalists that are on the target of the tax man. Tax collectors in the UK, in addition to going after the super-rich with its team of "affluence inspectors" are now pursuing private-tutors, musicians, teachers and other low and modest income folk trying to earn income outside of their day jobs.  See this Guardian Money story here for details.

One really has to wonder how much more the middle class will take before it takes to the streets in places other than Greece or the Middle East.

And one more on the ever exciting subject of tax. A reader told me to take a hike yesterday, and move to Australia or somewhere cheaper. I love NZ, no plans to move.

I know the grass isn't really greener anywhere. It's what you make of where you are.

Here's the top five highest tax burdened nations in the word by Investopedia. NZ doesn't make the cut. Something to be happy about?

#5  Interesting that the Scandinavians are top of the tax take, but have the most equitable  balance of wealth. Maybe there is something in that eh?