A whole lot of house, a whole lot of waste; Housing swaps and other cheap travel techniques; Good as gold?; Fail-safe start-ups; Gift duty changes;what does it all mean?

A whole lot of house, a whole lot of waste; Housing swaps and other cheap travel techniques; Good as gold?; Fail-safe start-ups; Gift duty changes;what does it all mean? 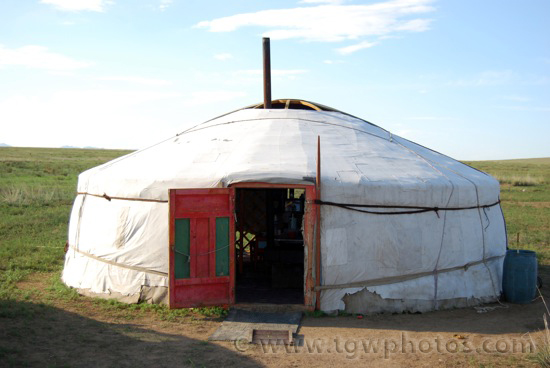 Not too big, not too small. Behold the yurt.

Families are shrinking in size and yet houses are growing on both side of the Pacific. Just how much house do you really need and are the added costs of expansion really worth it?

Getrichslowly.org explores the costs here and in a separate blog looks at how to love the not so big house.

Nothing wrong with a five-star hotel if you can afford it however money conscious travellers typically avoid them like the plague. Housing swaps are a cheap alternative growing in popularity.

Works better, but not always, between friends but thanks to technology housing exchange websites are popping up like mad

Here's Cooltobefrugal.com with a few other trips to save money travelling.

Doom times are good for gold, the worse the better apparently with gold now sitting at US$1600 an ounce.

The New Zealand Herald reports here on the frenzy among Kiwi investors.

But could platinum prove a superior investment? Investopedia looks at its comparative advantage and explains why industry-driven demand could see platinum outshine gold in relative terms.

In a story I few weeks back, I reported on a university study which found that women employed at executives levels boost bottom lines.

Separate research, cited in this report by businessinsider.com,  found that female entrepreneurs also have lower failure rates in business.

I wonder if it's something banks will take on board for female-represented SMEs looking to take out a loan?

What are the implications? There's a few, including the possibility that relationship property put into a trust could be more vulnerable to attack. Lawyers Chapman Tripp explain in their latest counsel brief, "Like Moths to a Flame.

"Just how much house do you really need and are the added costs of expansion really worth it?" It depends on one's circumstances but as far as I am concerned, the answers are "quite a bit" and "yes". With 5 children + 2 adults running a business & working from home, we really enjoy our big house.

When baby #4 arrived we were still in a standard 3beds/1bath 100m2 70's bungalow and trying to get any sleep was a complete waste of time. Having lots of space as we do now has made a huge difference, well worth the cost.

That said if it was just the 2 of us or 2 + 2 kids and working at other premises, we'd have happily stayed at our previous home.

Yeah, don't expect you could squash a family of 7 into a yurt so easily:) although I expect other cultures have and do. Still, we're in NZ, not Tibet. Amazing you made it that long with one bath and six family member!

Well, I'm sure the kids would love the yurt :) Just not so sure I'd enjoy it for very long myself!

Its all about good design Elley. Good space dynamics can improve things considerably, putting space where it is most utilised and taking it from where it isn't really needed. For instance how much room does a child really need to sleep in?

That is really the big downside of renting, you can't change the poor design:( And it is pretty hard to rent an eco house:((

Thankfully, we don't rent. We built. And I designed the place, and we all love having plenty of space :)

Answer to 4 is probably when there are more females in the management and boards of banks.