Why happy people are smarter with money; 6 employment perks and how to get them; The performance review gets a makeover; Peer pressure purchases; The digital wallet

Personal Finance
Why happy people are smarter with money; 6 employment perks and how to get them; The performance review gets a makeover; Peer pressure purchases; The digital wallet 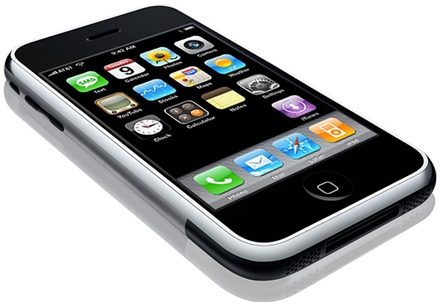 1) The mindfulness of spending

Is happiness a cure to financial recklessness? According to emerging research on spending habits and mind mapping through MRI, spending urges are more controlled among those who are emotionally sated.

Scientists came to this conclusion after administering their human guinea pigs with a squirt of oxytocin, aka the "love drug'' and then measuring their reactions to cash/time trade off options.

The overall effect was to make subjects more patient and thus willing to forego instant gratification for a delayed reward.

Newsweek reports on the research here via thedailybest.com.

Here's an excerpt below.

To the contrary: even children can train their brains to recognise that forgoing pleasure now can bring a greater payoff later, says Claremont’s Zak: doing homework tonight can bring good grades next month; saving a small allowance to buy one nice thing later rather than cheap junk every week. “You develop willpower and patience through practise,” he says. “If you defer gratification, the payoff can be greater than with immediate gratification,” says Zak, “but your brain has to learn that.”

He also finds that a squirt of the hormone oxytocin—known as the “love hormone” because of the role it plays in pair bonding and maternal behaviour—makes people more patient: when people with a shot of the hormone are offered $10 now or $12 later, they are willing to wait 43 percent longer for that “later” to arrive (14 days rather than 10, for instance). “This tells us that people who are happier and have greater social support save more,” says Zak. “Oxytocin reduces anxiety, so we can make decisions that are better for us.” Not that we should be shooting ourselves up—but the research does suggest that any way we can reduce anxiety might also help us save for a rainy day.

Money isn't always the bottom line in paid employment. There's job satisfaction, professional development, opportunities as well as intellectual and social stimulation. With the economy contracting  pay raises are looking increasingly doubtful. So is the status quo. Employers who want to retain top talent are having to get creative about ways to make them happy.  Oxytocin isn't on the menu.

Job flexibility, unpaid leave with a promise of a job to return to, and telecommuting are among some of the concessions that employers are having to make, in place of place.

Investopedia outlines 6 employment perks and how to get about getting them.

Dilbert springs to mind whenever I think of the annual performance review. I'm sure this age-old practise served a useful purpose at one time but since wage growth came to a grinding halt three years ago, I can't say these exercises fulfil more than tradition these days.

How fortunate for me that I should stumble upon, on stumbleupon.com an explainer on modern day performance measures. Use of the social media figures prominently. Lucky for me I have overcome my fear and loathing of social media. You follow me (@amandamorrall on Twitter) I follow you. It's a win win.

Impulse buys are a blow to the budget. Peer pressure purchases aren't particularly helpful either although one might expect adults don't succumb to that easily. Guess again.

Avid Investor compiled a list of the top five: Smartphones, booze, cigarettes, cars and Apples (not the kind you eat) are at the top.

Here's a great way to save money if you don't mind alienating friends: leave your wallet at home.  I don't recommend this for everyone, particularly those going on an out of town trip, such as myself.  (Read about my silver lined saga here).

Of course I had every IT gadget known to man in my handbag but no money to buy a coffee let alone a bus ticket while I was away on business in Wellington. It says something about the times we live in that we have become inseparable from technology. Had I had a digital wallet, I would have been spared.

That day is coming sooner than we realise.

To read other Take Fives by Amanda Morrall click here.

I would LOVE a digital wallet on my phone. I carry my smart phone everywhere and use it for heaps of things but I never take my wallet out of the house...I have to conciously make the decision (and remember) to take it. Sometimes I forget and have to go back and get it.