Six reasons to believe in Santa; Balancing risk with goals; Making up for lost savings; Spread your passion; How to feed a bear

Six reasons to believe in Santa; Balancing risk with goals; Making up for lost savings; Spread your passion; How to feed a bear 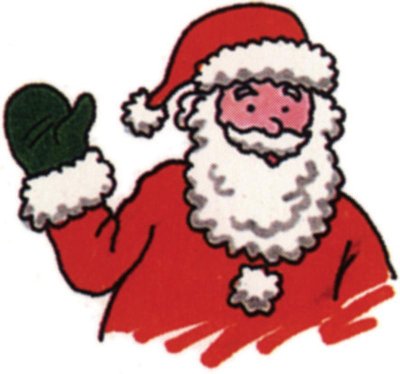 Remember the day of bonuses? Mine were small and short-lived. They were served with a strong rum-laced egg nog by my then managing editor who'd consumed half the bottle before donning his Santa hat.

Unless you're a media mogul, journalism is not a business you enter into to make money.  Other industries are a tad more generous and ostensibly those Wall Street size bonuses are one of the main drivers of the Santa Rally, a perennial year-end lift in the markets.

With less than three weeks to go before Christmas, Santa would appear to be ringing his bells again.

Last week markets were up 7.4%, their best weekly gains in the past two years.

Some are calling the rally a sucker's game. Others have a more bullish view of what's going on.

Jeff Saut, chief investment strategist with Raymond James is one of them. In this video interview, he gives six reasons why he thinks the rally is real despite all reported doom and gloom. Is seeing believing? And what are you really seeing when you're affixed to a computer all day? I'm just asking. Hoh, hoh, hoh.

Investing without knowing your goals is a bit like driving in a new city without a map or a GPS system. Chances are you'll get lost. I'm constantly reminded of the importance of goals because quite often I get lost while driving either because I thought I knew where I was going or else copied down the Google map instructions in such a hurry I couldn't read them.

Investing is a inherently risky business but the more well defined your goals are the less likelihood you'll end up lost or in a else in a losing position. It is impossible to eliminate risk but you can dial it up or down according to your time frames for investing which should be set around your goals.

This piece by yourguidetoinvesting.com outlines how to balance risk bearing in mind the importance of achieving goals.

3) Making up for lost savings

Making up for lost savings is a little bit like making up for lost time. It's not impossible but it's infinitely more difficult and dialling up the risk with investments, in hopes of catching up, is a big gamble.

This Wall Street Journal article provides some poignant examples about how even five years can make a huge difference to the final outcome. As the author rightly points out, a safer alternative to dumping all your nest eggs into the equities basket is save more and work longer.

In a previous Take Five, I linked to the first of an eight-part series on How to do what you want by financiallypoor.com. As a prerequisite the blogger prescribes a decluttering of one's desk and mind. Good advice. In this second instalment, the author talks about the importance of doing what you love, spreading your passion and leaps of faiths.

Apologies in advance to anyone who might have posted this already in our comment stream or to the resident bear. (Eds: That's me!)

This BBC HardTalk interview with economist Steve Keen, via monevator.com, is well worth a watch. In it, Keen discusses his very bearish beliefs about the inevitable depression ahead and prescribes a radical solution for digging out. His cure includes a writing off all debt, bankrupting the banks, nationalising the financial system and starting all over again.

Highlights: he says Occupy Wall Street movement was too tame, the "best we can hope for is two lost decades", predicts major social unrest and violence as part of a correction. He even wants mortgages of average householders to be written off.

This guy makes Bernard look like a Teddy Bear. (Eds: Yep. That's me the cuddly one...)

"Making up for lost savings".  Raising several kids - sending them to integrated schools, then university/polytech, then launching them into work/flatting, can mean a long-ish period of dissaving.    However,  maybe preparing 3 citizens who make a positive contribution is a good form of investment  even although not rewarded financially directly.

After all, our parents didn't get on on the 'save for retirement' treadmill. They raised kids, run businesses, had minimal savings, had a few overseas trips, then went debt free into 'retirement'. No big deal.

Pity those who sacrificied, overly worried, saved into 'investments' which went belly-up, then lost everything. Is that really what life is all about?