How to go from a debt-enslaved spendaholic to a liberated wealth-amassing, financially savvy student of life; Find your Flow - chapter three

Personal Finance
How to go from a debt-enslaved spendaholic to a liberated wealth-amassing, financially savvy student of life; Find your Flow - chapter three 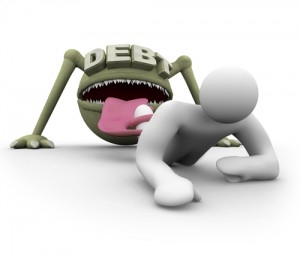 I'd like to thank all the readers who shared with me last week their gory personal stories about financial vampire attacks. I was attacked myself this past week by my accountant whom decided (after no contact for six months) that CDN $400 for four emails (between him and I) and four phone calls (I'm giving him the benefit of the doubt as I think there might have only been two) was insufficient pay for his labours as part of an ongoing battle with Canada Revenue Agency.

As I was worried I'd lose as much to the accountant, if not more, than to the taxman I took up my own case and gave him the shove. I did what every over-stretched, underpaid, hard-working single mother does, I went grovelling to my mother and begged her to do my taxes to spare me a nervous breakdown and dozens more blood boiling phone calls made at 6 a.m. that would invariably set me off on a bad start to my day.

Even though I slighted her and every other family member severely by moving across the world, she indulged me.  It's one of the many things that I am grateful for this week as it allows me to spend more time on this book writing project which invariably seems to get sidelined by one thing or another.

Something else I am grateful for this week is an email I received from a reader, ironically as I was staring at a blank screen headlined Chapter Three How to Slay the Debt Monster. I was really struck by this email for a number of reasons and it couldn't have been timed better. I desperately needed some inspiration which the email handily provided.

What really knocked my socks off was this fellow's story.  In three short years, he went from being a debt-ridden party boy to a spread-sheet producing, credit-card spurning, goal setting fiend with a six figure portfolio. He's only 29.  You know you've become a personal finance nerd when stories like this give you goose bumps, which it did.

I was so impressed in fact that I asked him if he wouldn't mind sharing his story in my book because his process of transformation was completely in synch with my own views and also the theme of my book.

The secret to his success was really quite simple. He put a swift end to his free spending ways, got out of debt as fast as possible, read every library book he could  on how to create cash flow and manage his money, set clear goals for himself and in own words "fundamentally changed" the person he was and his views on money. In short, he decided to "run his life like a business.'' It wasn't easy. In fact, he describes the last three years of his life as among the most challenging.

Tracking the comings and going on his money was an integral part of his be-your-own CFO exercise. That entailed checking his bank accounts on-line daily for three months to monitor flows in and out.

Another tool he used was the classic A4. I hadn't heard of the A4 method so he indulged me by sending me some samples.

The A4 was/is as it sounds. An A4 piece of paper transformed into an artistically rendered montage with pictures, diagrams, maps, figures and specific goals.  He described it as a living document that could evolve as he did.  So every month, he revisits, revises and updates as necessary. I was curious to know what the catalyst was for his personal finance revolution so like every snoopy journalist, I asked. He indulged me and gave me his permission to share.

The turning point in my life took place in early 2009. I had just gotten back from a holiday and up until this point, I had no long term goals, direction, budget or any concern about my future. I just assumed there would always be jobs and I would automatically earn more money over time.

All I wanted to do was travel and have fun. It started during my holiday in the US and amplified when I got back that I noticed news reports talking about the devastating effects of the Credit Crunch and how very qualified people were losing their jobs and struggling to find another.

I was very fearful that I was going to lose my job given all the doom & gloom in the media and I thought if that happened, I would have been totally screwed as I had no financial assets to survive on. Given my lack of experience and qualifications at the time, I thought I could be out of work for a long time.

I was angry and frustrated for getting myself in that position. I wasn’t happy that I spent all the money (and more) I earned since I joined the workforce and didn’t have anything saved for “rainy days”. That’s when I decided to act and act fast. My motivation at the time was to prepare for the worst.

Have you been in debt? If so, how did you get out and what was your motivation for embarking on the path to financial freedom.

Send me your stories by email amanda.morrall@interest.co.nz or throw in your suggestions, strategies and tips for reducing debt and getting onto the savings mode. You can also find me on Twitter @amandamorrall

Begs the question Amanda....How to go from a debt-enslaved spendaholic economy, to a liberated wealth-amassing, financially savvy nation!

Wolly – that is simple - buy and consume every day something you really like in order to stay in good, positive spirit.

It could be a piece of chocolate, a nice book, a bike, a car, a boat, sixty cows, a 100ha farm or for minister Joyce a 2.1 billion$ new piece of highway.

To me the bases of saving are the principles of delayed gratification and opportunity cost. The former means saving today for greater return tomorrow. The latter involves an appreciation of the true value of your finite time/money.

A child of 10 can grasp these ideas. Living with them however is not so easy necessarily, in a world where we are told that we are what we consume, and the way to prosperity is the quick buck.

invest and save today so that you can consume a lot more later.

An example of extreme saving and extreme early retirement that we can learn a few tricks from is a Danish guy (with a PhD in Physics) who lives in USA. He saves 75% of his income and retires after working for about 5 years.  He runs a blog (www.earlyretirementextreme.com) and wrote a book on the subject.  He has a following on the movement on early retirement extreme (nicely abbreviated ERE).  Some of his thinking and philosophy is quite interesting and deep for a guy who is in his mid-30's, which I guess is a result of European schooling that expose youngsters to great thinkers/philosophers.