Why tax withholding is good for the economy, good for savings; Payroll giving; What the heck is an ESCT and why you should care; Student loan deductions; Overseas repayments

Why tax withholding is good for the economy, good for savings; Payroll giving; What the heck is an ESCT and why you should care; Student loan deductions; Overseas repayments 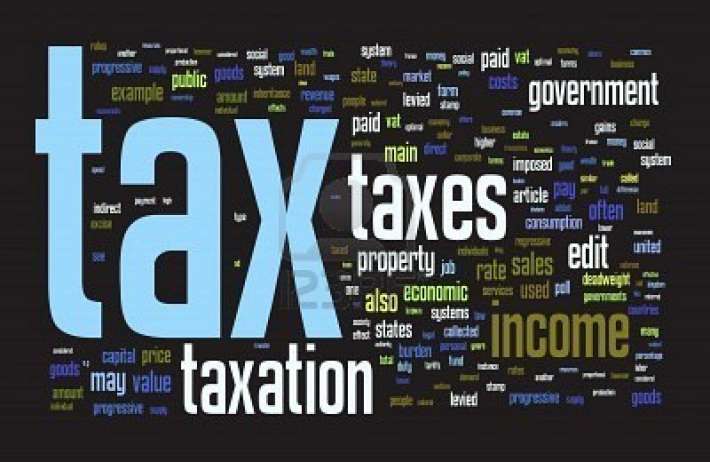 Taxes are on my mind. You'll forgive me for the tax themed Take Five edition or thank me.

You'll be hard pressed to convince me why paying taxes is good for me...okay apart from having nice roads to drive on and my rubbish being collected at the curb. Oh and I very much enjoy the library too. What I take issue with is the one-sided nature of the arrangement. They charge us interest and penalties when we're short; we give up front for free and when we've overpaid we only get the money back.  This article from the Globe and Mail almost convinced me why a taxation system adopted during the war and never abandoned might be good for us collectively. The article hails from Canada but the same principles apply here, more or less.

For a tax story, it's pretty interesting. The average Canadian overpays $1,200 a year. New Zealand's tax system is regarded as one of the least complex and most efficient in the world and yet according to some reports there is more than $700 million in overpayments sitting in IRD's accounts. (See Amanda Morrall's article here). Tax refund specialists who have seized upon this booty as a business estimate the average return at around $500.

Many of you might have forgotten the key changes announced as part of Budget 2011. One that sticks out in my mind, and which KiwiSavers will feel April 1, is ESCT - employer superannuation contribution tax. Until now, employer contributions towards our KiwiSaver have been tax free. We're losing that perk in a month or so.

How does it work? ESCT is calculated at your marginal tax rate. See table below: Or the IRD's website for details.

And the one feature of the tax system that does make me happy...payroll giving and the automatic tax credits for your charity. According to Inland Revenue, 2011 saw New Zealanders make close to NZ$5 million in donations from their pay packets. The graph below shows a large spike in March, post quake. In December alone, nearly 2,000 employees donated $275,000 for which they collectively received $91,000 in tax credits. I'm actually surprised the numbers aren't higher given the ease of this donation system and the instant tax credit system tied to one's pay cheque.  When I last did a story on this, some employers were sitting on the fence about adopting payroll giving because of the software upgrades it would necessitate. 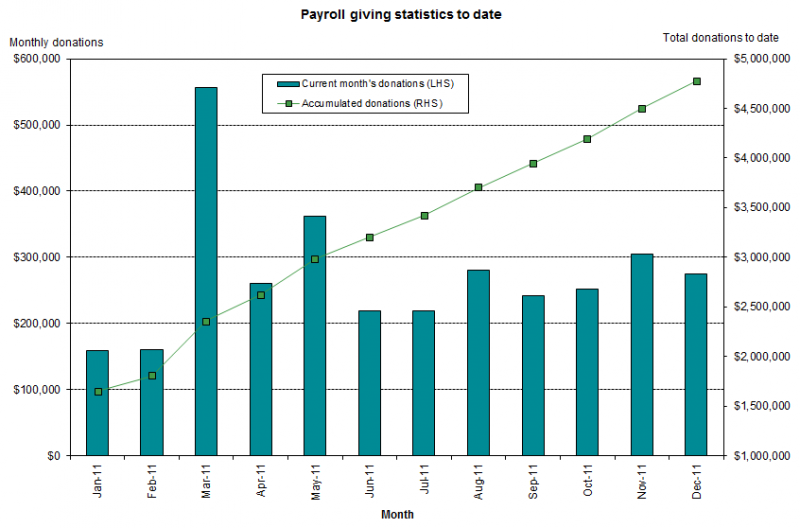 Staying with the tax theme, some new changes will affect automated student loan repayments. New graduates earning more than $367 a week will have student loan payments automatically deducted from their pay.  Students studying full-time and who are expected to earn less than $19,084 will be exempt. Employees will be required to furnish their employer with a certificate authorising their deduction exemption.

A date for overseas graduates to mark on their calendars is March 31st. It's one of two dates during the year when repayment on student loans are due. The other date is September 30.

Here's the link to IRD's bulletin on student loan obligations for those who  have skipped the pond.

in total agreement Amanda regarding the IRD's overpayment coffers being overfull.  For those companies who are regularly overpaying they should look at using a tax pool for making their provisional tax payments.  They can achieve much higher returns on the 'refund' and it also allows much easier 'withdrawal' of the funds - you don't have to file any returns.  If anyone is interested check out my tax pool of choice www.tmnz.co.nz.

Thanks Amanda. :-)
The Canadian tax system seems quite generous - I know of young kiwis who have got refunds bigger than the total tax they have paid.