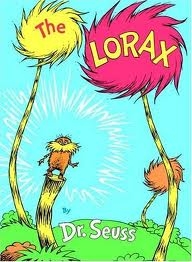 I am a divorcee. I don't much like this word but there you have it. Did I plan for this event? No. Who does? Well, I suppose there are some very calculating persons out there who do, but I reckon they are the minority. Divorce isn't pretty anyway you slice it, particularly when it comes to personal finances.

It's a major setback, one which I am only just recovering from. One should never compare, but compared to my "peers" I'm leagues behind. I don't suppose comparing or speculating (about divorce) is terribly constructive however it does pay to be realistic.

To that end, this article on how divorce affects your money is worth a quick read, regardless of your gender.

Last week was women's money week. I published a story reporting on a survey from Westpac which essentially found that women need to get a better grip on money at least with respect to long-term planning and investing. It seems women do an excellent job managing money for the household, but they fall short in the personal savings department and are scared off of investing.

Rather incongruous in that on the same day I also published a story from our columnist Janine Starks, which disputed the stereotype of the financially helpless and naive female. The article had to do with the dilemma this woman had about how she should spend or invest the $400K she had saved (she was only 30).  I have a hard time reconciling these media articles about women being bozos with money as pretty much all the women I know excel at it, and not just at paying the bills.

3) Lessons from the Lorax

The iconic children's writer Dr. Seuss, were he still alive, would have celebrated his 108th birthday earlier this month. I expect it is no coincidence Hollywood's version of his story about an environmental, consumer spurning activist called "The Lorax" was released in the United States this week.

I was unaware of either until I came across this blog drawing some lessons in personal finance from the Lorax. Coincidentally, my youngest pulled out our large collection of Dr. Seuss on the weekend and demanded some reading time with the late great. I opted for the Sleeping story in hopes it would send him off to lala land, which it did.

Perhaps it is worth revisiting the Lorax and applying it to personal finance. The take-home message? Only you can change your situation.

"Unless someone like you cares a whole awful lot, nothing is going to get better. It's not." You can't quarrel with the good doctor.

And more on the importance of the daily choices that shape the health of our personal finances from onecentatatime.com

The revolution in banking continues. The Sydney Morning Heralds reports here on how Internet banking is making more inroads into the mobile sphere. It's now possible to text and collect payments on your mobile phone in Australia through Commonwealth bank and ANZ.

I expect we're not far off it in NZ.

The Lorax is a stunning book, with a clear message. That message is that if you run your resources out, there's 'no more work to be done', and no more money to be made.

Trying to twist it as a financial planner, is to miss the point completely. Unless it is to point out that wealth is directly linked to a finite planet.

Well, we can all afford to take more responsibility non? I think that was the point but I hear what you are saying PDK.