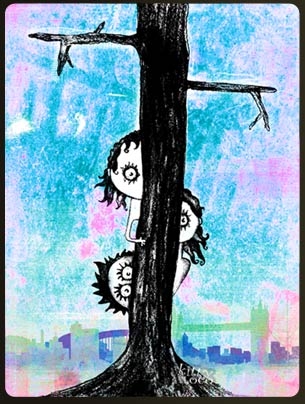 Can't say this was ever my problem however I suspect there are a few asset hiding hubbies out there with trusts and other secrets to protect in the event of divorce.

Suspicious? Here's 21 tell tale signs of furtive financial behaviour to watch for via the Globe and Mail.

2) Who needs a husband any way?

For the sake of balance, here's Globe and Mail columnist Margaret Wente writing on the meteoric rise of women in the workforce and their increased earning ability and conversely the phenomenon of the disappearing male who seems outpaced by his younger more ambitious female counterpart.

Here's a snippet of the "arresting statistics" she's dug up.

Women in America now earn almost half the family income, and more than half in lower-income families. Forty per cent of wives now out earn their husbands. And the gender gap is closing fast. The median income of young, unmarried urban women in their 20s is now higher than the men’s.

Education is a major reason why. Women, especially minority women, are pursuing higher education at much greater rates than men. They’re primed for work in the knowledge economy, which is where most of the new jobs will be. “College is built for the female brain,” anthropologist Helen Fisher told Ms. Mundy. “What do you do in college? You sit. You read. You write and you talk.” Over the past 30 years, women’s earnings have been growing while men’s earnings have stagnated.

Meantime, as women’s attachment to the work force grows, men’s attachment has been shrinking. By 2006, even before the job losses of the Great Recession, just 66 per cent of men of prime working age (25 to 64) were employed full-time, down from 80 per cent in 1970.

Amid this shifting landscape, more women are having children outside of wedlock, shunning traditional partnerships and finding fulfilment without a man at their side. How will this all play out in 20 years time? We'll see.

Sorry boys, but I couldn't resist including the following cartoon. Your wives (or perhaps daughters) will enjoy it. 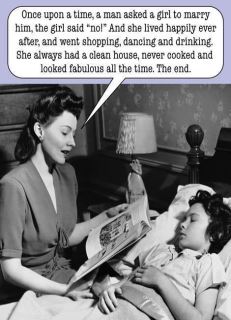 Supermarket chains aren't exactly known for their stellar treatment of employees. U.S. grocery giant Wegman's (the anti-Walmart) appears to be an exception to the rule. The US$6.2 billion-a-year family-owned foodstore puts people first, paying them above average wages, ensuring they undertake 40 hours of training prior to dealing with the public and even sending them on trips abroad to learn about products.

Proof positive that you can still be profitable by putting people first and remunerating them properly. The Atlantic reports on Wegman's secret sauce.

Also from the Atlantic, an interesting piece here on how to invest without incurring the usual fee gouge. Contributing writer Timothy B. Lee compares the fee load on a DIY investment option called Betterment with Vanguard's index trackers and sides with the latter. Compare the fees to KiwiSaver at your own risk. A dizzying difference in some cases. Find your Fund here.

The most popular traded currency? You guessed it, the U.S. dollar, followed by the euro, the Japanese Yen, the British Pound, Swiss franc, and the Canadian dollar. Investopedia explains why here.

Re husbands stash: High household indebtedness may actually force more couples to stay together (as opposed to stashing getaway money).  I mean with a mortgage of $500k, 2 car loans = 20k, 5 credit cards at $30k, integrated school fees of $10k,  - this wouldn't  leave much scope for stashing,  leaving & setting up on your own!

Wow all #1 was missing the 22nd sign - husband comes home with bulging pockets and money falling out of them. Goes into room labeled "hoard" and leaves with empty pockets.

Not sure that #2 "don't need a husband" balances the "hiding money husband".

Waiting for an article with happy hard working couple who value each other and think their child is worth any potential loss in earnings and social time :)

Sadly the mean, greedy, grasping spirit is alive and well out there.  It's fruit is very bitter but that's not much comfort for the robbed.  It's times like that when you find out how large the hearts are of those you know.

Ok guys. Here's a heartwarming story for you all. Please watch it. It's a short docu looking at the science of love. It's beautiful, in my humble hardened journo opinion.
http://topdocumentaryfilms.com/love-competition/

Well it took me a while to get to it, but yes, beautiful is the word.

Depends what your definition of an argument is. Some people call an argument when you're yelling at each other, as opposed to disagreeing about an issue. Except for during labour, we're yet to get into yelling ;)

True and some couples thrive on strife.

Labour is neck throttling territory. Nice to hear you are keeping the peace as partners.:)