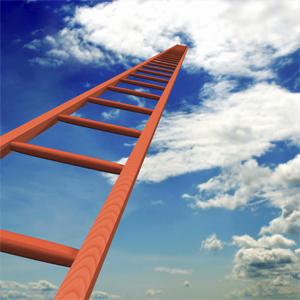 Research suggests that children's money values and behaviours are learnt from an early age, primarily through modelling. I'm not so sure about this as I know friends whose parents are horrible with money, which triggered the opposite effect in their offspring. Conversely,  I know friends whose parents are model money managers and yet their kids are financial write offs.

We talk about money a fair bit in my household. I have one child who shows early indications of becoming a shameless materialist, who picks out rack of lamb at the grocery store and talks about buying a Lamborghini when he's older. The other informs me that he plans to become a monk on the one condition he keeps his hair, which seems to hold more value for him than money. Goodness knows where they'll end up. I tell them if they start saving now, they'll be free to do as a please when they're older. As they seem to have selective hearing, it's hard to know if they're listening or not. We'll see.

The following blog outlines five lessons every child should know about money. I would agree with them all.

There is conflicting opinion about where interest rates are headed. New Zealand economists (at least those working at the banks here) suggest they'll be on the rise again soon, hence all their carrying on about fixing your mortgage. Those with a less optimistic view about the world economy and how it'll impact on NZ, believe the low interest rate environment is here to stay, for a while. How do you square all this as an investor?

This article from yahoo finance explains how bond laddering is one way to deal with the interest rate uncertainty on the fixed-interest portion on your portfolio.

3) Blame it on the banks

It is very trendy these day to blame the bloated banking sector for the world's woes. But is this anger justified? Could it be the banks are merely scapegoats for our own personal disappointments or other societal ills that really are our own collective doing? The Guardian does some head shrinking on the issue with the help of a psychoanalyst.

Mini-me No.1 came out with a cracker a few years back when he was 7 years old. He said "Money man smart, yogi wise" to which I replied, "Very true grasshopper.''

I think it's what the two can teach each other where we'll find value. In that spirit, here's a blog from financial planner/yogi Brent Kessel talking about how to apply the principle of Satya (truth) to personal finance and spending.

Slowly but surely, New Zealand banks are joining the modern age creating apps that will make mobile banking easier or more user friendly. TSB puts itself at the front lines this week after launching a new app that features a range of "widgets" including a foreign currency calculator, personalised security setting features and social media functions. So far, it only works on I-phones. More details here on stuff.co.nz.

No:3
Your'e kidding right? Have you EVEN been watching, learning and getting educated to the likes of Goldman Sachs, Bank of America etc AND let's not forget the corrupt global Reserve Banks?

It's the link I found interesting Justice and the view from a psychoanalyst looking at the situation, I wasn't trying it imply the banking sector isn't culpable.
Here's an excerpt:

it's hard not to notice how unfocused the anger often is. Might it be interesting to have a closer look at that anger and unpeel it as if it were an onion? Meet psychoanalyst Leslie Chapman. He is a cheerful man in his early 50s who keeps a very interesting blog about a range of psychoanalytic issues, including mental ill health in the City. "It's all very well to point out the toxicity of the City environment," he writes, "and it's all very well to argue that the City and the financial world is being run by a bunch of corporate psychopaths. However, in my view this is to miss a fundamental point: the toxicity of the City is symptomatic of a particular set of social relations, ie capitalist ones."
And: "The more I look into the matter the more it appears to me that the financial sector is just an extreme example of something far more prevalent in our society."
The blogs on Chapman's also make for interesting reading judging by their titles:
I esp like this headline:
"Psychopathology and the corporate lifestyle"
Or how about "Goldman Sachs,: a toxic clture or just capitalism at work.''
Happy to accept any interesting links you come across.
Cheers.