Janine Starks looks the escalating costs of 21st century socialising and says it's okay to say "I can't afford it", to give phony Facebook friends the pass, and save for the events you really want to be a part of.

Janine Starks looks the escalating costs of 21st century socialising and says it's okay to say "I can't afford it", to give phony Facebook friends the pass, and save for the events you really want to be a part of. 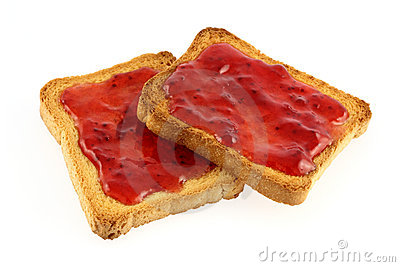 From my mail bag: Dear Janine; I seem to constantly spend money on other people.  It’s one thing after another – birthdays, engagements, hens weekends, weddings and then all the family occasions on top.  I’m in my early thirties and really want to save money, but other people’s demands for expensive parties and adventure weekends keep getting in the way.  I love my friends, but I’m not getting ahead.  Any advice on how to cut back without being a party pooper?

In generations past, you didn’t attend weddings you couldn’t drive to and a ladies-lunch involved an asparagus roll and a cup of tea – not a bottle of bubbly or crème brulee in sight.  No one dreamed of asking their girlfriends to go quad-biking and you whipped up a new frock from a pattern book, not a designer fashion store.  The financial burden was somewhat lighter.

I’m not old enough to remember any of that either, but things have continued to change and with every step, the expectations and costs seem to creep up. A couple of years ago I was briefly thrust into your new world of high octane socialising.

Imagine the scene; a bunch of thirty-something British women wearing tight wetsuits and helmets, perched on an enormous coastal rock, yelling ‘jump’ at a terrified Kiwi.  It sounds like something from a horror movie.  But no, it was just a standard Hens weekend.  The bride-to-be had no idea it was my first invite in ten years.

That’s when I discovered these events had morphed into an entire weekend of adventures.  While the boys headed to Prague, I found myself in a three story high bunk-bed in North Devon and plunging off spectacular rocks into the crashing waves below.  They called it ‘Coasteering’; I called it ‘a bit mad’.  It was quickly followed by a surf lesson and the offer of a Jägerbomb (I pretended to know what that was).  Hubby stumbled home muttering something about ‘Absinthe’ and Czech men being a bit aggressive.

Being over 40 and overly excited by the invite, we happily parted with the cash for our action packed weekends.  But it did dawn on me that this was the new normal for the thirty-something age group.  A whole industry had sprung up around those with money, friends and a burning desire for fun.  It now needs constant funding as one weekend ends another is planned.

Too many friends, too little time and money

The 28-35 age bracket is a time of increasing salaries and an increasing group of ‘friends’ thanks to the rabid rise of Facebook.  Your invites come from other cities and countries.  They involve travel, accommodation costs, new outfits and adventure activities. They even have warm-up and after-match events.  In your 20s, the ‘I can’t afford it’ excuse is ok.  In your 30’s it feels more embarrassing.  Over a period of time the costs are constant and unrelenting.

While it doesn’t last forever, you are only at the half way point, so there is definitely value in taking financial control.  As the last of the hen parties fade, there will be a pregnant pause on your wallet before the baby showers, pre-baby weekends, and child-free weekends begin.  Speckled in between are the big milestone birthdays as your parents hit their 60th and 70th parties.

You are not the only one who worries about these costs. A British National Savings & Investments Survey has uncovered many of the issues. The stats are likely to be similar in New Zealand:

There is no magic answer, but with a bit of smoke and mirrors, you can save money by being a little more calculating.  Here are a few tips:

1.    As dull as it sounds, prepare a budget.  Unless you know what is available for savings, you’re driving blind.

2.    Set up two regular savings accounts – one for proper savings, one for socialising and limit your spending to the contents of the ‘fun-fund’.

3.    Figure out what your socialising is costing you and how much you want to redirect, bearing in mind you’ll be miserable if you become a hermit.

4.    Have a careful think about which friends you will prioritise.  Just because Facebook tells you about every bacon sandwich someone eats, doesn’t make that person an important part of your life.

5.    Learn to say no without offending.  One of the easiest ways to do that is to say you’ve already agreed to another invite that weekend.

6.    When things are expensive, tell people.  Just do it occasionally, as a little bit of feedback often makes them think of a cheaper option.

7.    Let people know what you are saving for.  Flights to France, a car or a new house makes you look successful, not a party-pooper.

8.    Take control and make cheap things sound more exciting than expensive options when plans are being made.  People get swept up by positivity.

9.    Watch out for add-ons that make a night out expensive.  I have friends who convince people to come home for ‘toast and jam’ instead of that last round of drinks no one really wanted. You wouldn’t believe how great toast and jam is at someone else’s house.

10.  Be really positive about all events your friends hold at home and instigate the idea of people clubbing together when a present is required.

*Janine Starks is Co-Managing Director of Liontamer Investments. Opinions in this column represent her personal views and are not made on behalf of Liontamer.  These opinions are general in nature and are not a recommendation, opinion or guidance to any individuals in relation to acquiring or disposing of a financial product.  Readers should not rely on these opinions and should always seek specific independent financial advice appropriate to their to their own individual circumstances.

Ok then, I like to think of myself as a good sport, and obviously Gummy Bear Hero is all tuckered out, so, referring to the strap line sited top-right in the web page:

"Imagine the scene; a bunch of thirty-something British women wearing tight wetsuits and helmets, perched on an enormous coastal rock, yelling ‘jump’ at a terrified Kiwi."

1) Have you got any pictures of the girls in their wetsuits?

2) Just how tight were they?

3) Re. the helmets, were they Pith Helmets? If not, why not?

4) Was there any rice pudding falling from overhead? (Was it warm?)

Gummy, you got any more questions?

PS - Stephen H, will get back to you. Am busy with lots of white powdery stuff. (Just to clarify, I mean snow.)

Yes totally agree. Welcome to the wonderful world of advertising....product placement etc....you know the sort of thing a Policeman drives a hummer to work in a TV show........overtime it seems ppl see such things as the norm....so if you dont have a flash car, iphone, gucci shoes.....etc.....etc you are nobody and dont belong. I see such things in particular in my children....a) they a sensitive to such things and b) vunerable/suseptable to being manipulated....it seems let the advertisers into their minds early and it flows though into their later years......
I also wonder if this "fun" attitude is also in part from parents giving kids "quality time" ie short periods of high attention and action...a divorced father only seeing his kids on a Saturday say always aims to do something "fun" on that day.......kids get hooked on it.......
regards