Staying warm in winter; $100 million ideas; For the love of money; The "talk"; Fear, greed and erratic investor behaviour

Staying warm in winter; $100 million ideas; For the love of money; The "talk"; Fear, greed and erratic investor behaviour 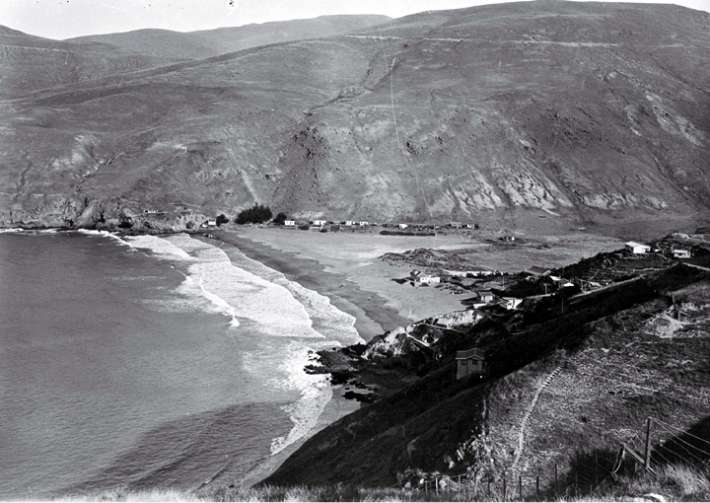 My first winter in New Zealand I just about froze to death. I was living in an unwinterised surfer's perch overlooking the beautifully stark Port Hills banking Taylor's Mistake beach in Christchurch. I was utterly captivated by the breathtaking ocean view and didn't stop to think for a second about heating.

It's taken me five and a half years to learn the art of layering, the beauty that is Merino, the difference between a beasterly Easterly and a Southerly and how to chop wood in high heels. Despite all that I have learned, including how cabbage leaves make for brilliant fire starters, I found myself ill-prepared for the cold that descended this week on Auckland.

After my last electric heater (over $100) blew up at home I had to dash out and buy a few new ones. I am still in mourning for central heating.

For the benefit of those also in the market for new heaters, I thought I would share this nifty calculator from Consumer New Zealand which helps you to determine the right size and type of heater to buy for a particular space.  There is also a full report on the most efficient heater's to buy although I believe you have to pay for the content.

More inspiration for would be entrepreneurs with a good idea: CNBC.com profiles several multi-million dollar business owners who came from humble roots and found their fortune in a simple idea with wings. The $100 million ideas include stuffed toys that substitute as pillows, t-shirts, rubbish collection, and footless stockings.

Another primer here, via reuters.com, on how to protect your assets from attack in the event of divorce.  Reality bites.

Financial literacy experts from around the world gathered recently at a summit hosted by the Federal Reserve Bank of Chicago and Visa. The participants discussed some of the challenges facing youth today and shared solutions about how to improve outcomes for future generations. (Practicalmoneyskills.com carries the details here).

A key issue that was signalled was the reluctance of parents to discuss money issues with their children. Here are some other highlights that came from a 2012 Global Financial Barometer survey of some 25,500 participants from 28 countries. Apologies but I couldn't find the NZ specific data.

Annette Sampson from The Age looks at some common investment traps and the strange psychology that leads to poor decisions and disappointing returns for investors.

Do not loan money to children, give them an allowance for chores and let them learn to save up for what they want, if they spend it and then can't afford for something they want, then they go without.
If you then lend to them because little Johnny or Jane is upset and its unfair then don' t wonder why they have no financial skills when they grow up.

Log burners are lovely when you start them up but they are old technology (much like the steam train).
It is important to have balanced heat.
We have a heated dining table. It has a detachable top and a duvet goes between the frame and the top. They are a japanese invention.

To run them cleanly you have to keep them running hot.
They don't supply reticulated heat.
The new ones still put out a lot of smoke.
Imagine if logburners attracted a pollution tax?

They don't supply reticulated heat. There are systems whereby you can duct heat from your log burner in to other rooms in the house e.g. bedrooms.  For us we just leave all the doors open and the heat from the fire takes the chill off even the furtherest room - and we don't have a small house.

Believe me, when we had a power cut 2 weeks ago for 1 1/2 days, "old technology" felt fantastic! Not only did it allow us to heat up the living area during apparently the coldest 24 hours in 130 years but it also gave us hot water thanks to the wetback (great to make yourself a hot drink/instant soup, run the kids a hot bath and take a shower).

With 5 very young children, I wouldn't want to rely on electricity alone. They sure thought heating up their milk on the fire was fun. And as CO said, you can transfer some of the heat to other rooms - we have a ducted system that takes the chill out of all 5 kid rooms.

Can't beat a wood fire, no technology to stop it working and lots of fuel, small stand of trees will give you wood for years with judicious cutting.
Latest pellet burners create little or no smoke, I was at a home show at the TSB arena and several suppliers had them going all day with 2 metre flues into air, no external flue, way less smoke than a cigarette and no smell of smoke. Unfortunatly flame is aesthetically wanting.

We had a subscription to Consumer a few years back and wood was (at that time) the cheapest heating source by far and that was calculated from buying in all the wood at normal commercial rates.

Thanks Ralph. That's good to know.

There was also this article in The Press about very low emission wood burners that look interesting.
http://www.stuff.co.nz/the-press/news/7076561/Ultra-low-emission-burners-ready-to-go

"Best developed an ultra-low-emission downdraught woodburner in 2001 that produced 10 times less emissions than the current low-emission woodburners allowed in Canterbury homes.
The burners used technology that dragged smoke from the flue back into the flames to be burnt off, as well as heat, making it highly efficient."