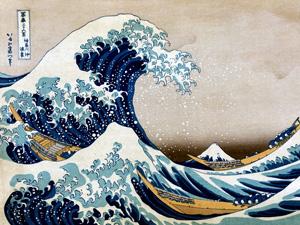 Michael Littlewood, of the Retirement Policy and Research Centre, puts a positive spin on the "silver tsunami'' that threatens to suck dry the national pension fund as well as cripple the health care system in his latest commentary.

One of the upsides to having a disproportionate number of oldies in New Zealand, is that they'll also be pumping money back into the economy as eager consumers, says Littlewood.

He's forecasting a four-fold increase on spending on food and entertainment by this group.

After last week's dismal retirement expenditures report released by the new Center for Personal Financial Education, I'm a bit doubtful about their outlay on food (the 'no frills' group were getting by on NZ$55 a week for food) however I have no doubt this cohort has more to offer than what they are commonly credited with.

Littlewood says it's high time employers recognise the potential contributions to be made from the plus 65s poised to occupy a higher-than-ever chunk of the workforce in coming years.

Here's a few myths he dispels for their benefit:

Whether you want to strike out on your own,  move to part-time or take a year off to have a baby, gambling about the financial outcome is risky. Wellington-based authorised financial advisor Liz Koh has a solution to overcome the angst: a self imposed financial stress test. Koh, in her latest blog, calls it the "As If Principle".  She explains it like this:

One of the most useful techniques for planning ahead with your money is what I call the ‘As If’ Principle. It is a really simple technique that clearly identifies in advance whether a specific goal is achievable, while at the same time, helping you achieve it! The time to use this technique is when you have a future goal which has the effect of either reducing your income or increasing your expenses on an ongoing basis. Examples of such goals are:

Here is how it works, and it really is simple!

Step One: Prepare a new budget for yourself, ‘as if’ you are already taking your planned action; that is, a budget based on less income or increased expenses.

Step Two: Start living according to your new budget ‘as if’ you are already in your goal situation.

To read other blogs by Liz, see her website here.

Rob Carrick, of the Globe and Mail newspaper, explains in simple, albeit sarcastic terms, some of the concepts, professionals and products in investing. I particularly enjoyed the definition of hedge funds: "Expensive mutual funds for rich people seeking exotic ways to lose money."

A degree is no guarantee of success or any above average financial literacy apparently. Time magazine reports on some fresh research looking at the financial literacy levels (and habits) of female college graduates in the United States. As one might expect, those with degrees in business and finance showed a higher than normal aptitude however those with fine arts and other specialties showed unimpressive results.

A half an hour a week spent on budgeting and or money saving strategies could have annual savings in the thousands. The Telegraph reports on research out of the U.K. looking at how financially conscious consumers have reformed their ways since the global financial crisis and  how coupon clippers, reward points and thrift is putting more money back in their pockets.

Tell him he's dreaming.....
Old folk like international holidays as well as Salami and Ciabatta.     They will be paying less tax, income and gst, as there incomes reduce.   How can anyone think that an additional 50,000 people collecting $250 each a week, every year compounding...   can be positive in any way.
And if they are spending on food its pams and own brand....If old age and printing money was a way forward, Japan would be the most successful economy on earth.