The Ulysses contract; Automate your finances; High performance and fees; Learning to say no; Protect yourself

The Ulysses contract; Automate your finances; High performance and fees; Learning to say no; Protect yourself 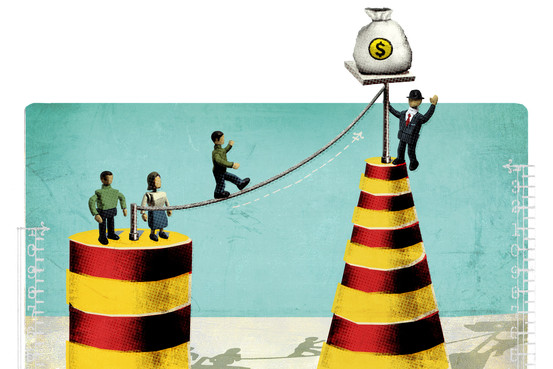 Bloomberg reports here on some interesting research into why our brains are wired for failure when it come to retirement planning. Apparently it has a lot to do with our inability to imagine a future when we are old, difficulties with delayed gratification and a lack of discipline. A potential fix is age progression technology. Individuals who were shown pictures of themselves as oldies reported being twice as likely to save for retirement. Interestingly, researchers warned it could have the opposite effect if the image was not a fair likeness. A simpler solution could be writing a letter to your future self explaining why it is important that you save. Another is something called a Ulysses contract, a long-term promise and plan to get you faithfully pumping money into your retirement savings account.

Whatever works I guess.

Mind tricks will only get you so far, argues personal finance Ramit Sethi of I Will Teach You To Be  Rich fame. Sethi is big on system automation because he believes it is by far the most effective way to manage your money basically because we can't be trusted to do the job ourselves. For those of you unfamiliar with this process, Sethi explains the mechanics here on his website. To follow that up, check out what's on offer at your own bank. Features like Westpac's Salary Splitter will help you on the way to becoming fully automated.

When a fund manager surpasses the benchmark they like to reward themselves with something called a performance fee. This is an expense over and above what you already pay. In KiwiSaver, there are only a few who charge performance fees. If you are comfortable that the performance justifies the fee, it's not a drama. However, it also pays to understand how those performance fees are calculated. John Collett from The Age explains the smoke and mirrors act.

4) Learning to say no

Feel under pressure to spend money that you don't have? The following blog by consumerismcommentary.com offers a few strategies to manage social situations that are financially threatening. If "I can't afford it,'' is too painful, how about blaming your financial advisor; "So, and so, says no.'' Like most things, with repetition, it only gets easier.

A good reminder here from the Guardian newspaper about the importance of logging out of apps used for financial transactions and other virtual precautions with new technology. According to the piece, an estimated 42% of smartphone users in the U.K. fail to clear their browser history and 45% do not password protect their phones leaving them vulnerable to identity theft. See also my interview with New Zealand Banker's Association head Kirk Hope on the Banking Code and why you should care about it.

Totally off topic, but I'm loving the banner ads at the top of the website. The TSB one especially - National Bank customers, change to a bank that won't keep changing on you. This would be the National Bank that I've been with for over 20 years that basically hasn't changed in all that time apart from being owned by Lloyds and then bought by ANZ, with no appreciable difference to frontline services?

And now that they are simply merging with their parent bank, we should move to TSB because we must be sick of change by now?

Can't see that strategy winning Advertising Campaign Of The Year any time soon...

"inability to imagine a future when we are old, difficulties with delayed gratification and a lack of discipline"

Cor, who can we find to blame for our own unimaginative, infantile lack of self control?

I recently finished reading Stumbling on Happiness by Daniel Gilbert, which is really the science of happiness demonstrated by lots of rather interesting psychological experiments around things like how rubbish we are at predicting the future, and why we are.

It's just the way we are wired, and like a lot of things we do without realising it, we make some hopelessly wrong assumptions about the future without being aware that we are doing it. Also, like the example of showing people a picture of themselves at old age, we can be manipulated very easily into changing our responses.

The interesting part is that it's not really unimaginative or infantile, but a conditioned instinctual evolutionary response we are trying to overcome. And like all these things you have can't change it if you are unaware you are doing it in the first place!

After reading #1 Amanda , I guess I must be a trend bucker, in that from the time my first was born I've held this idea to plan for our (mine and the wife's )  future or old age if you like , cutting out the middleman, but back then I thought 35 was ancient, and so my emphasis was to build to that point.
Nearing 35 I reconfigured the plan and altered the pace of saving investment  to keep pace with the erosion of spending power, not forgeting during those years Muldoon had been instrumental in devaluing the currency by 28.5 % over a two year period, but at the same time we were getting 17% from the Countrywide Bldg Society.....so impacted losses were mitigated.
It never took a zealot like approach to continue the practice of growing our protection for the future, whether or not we made it to that point was irrelivant to the plan as the children would simply assume the assets , and so it was as much insurance thinking as retirement thinking.
How much is enough...? don't know anymore just keep doing what I've always done , a small part of my focus looks at the stash and rethinks strategies to increase it...nothing special , nothing too difficult. Saving cannot be the be all end all of your plan ,or your life will simply go by unappreciated.
Knowing when you are wealthy is the trick....1 Your health and that of those you love..
2 eating well is important to me as you just never know ,you know..?
3.taking the time to enjoy what is available to us all at little or no cost....e.g. have you ever noticed the ammount of people that run along Aucklands waterfront yet,you can see ,they don't see it anymore, I guess I'm saying familiarity breeds contempt , but it need not ,if your mindful .
4. Of course friends, in their varying lenghts of appearance in your life....and soooooo on.
It's funny that you need to plan so much money wise for your future security and ( happiness)..? but looking back through the highlights money played only a small part in some of them.
Would I have thought differently had I been born dirt poor..?...........I was.
So in summation ,my advice to connecting with young retirement planners is to remove the retirement notion altogether, and see it as insurance without the middleman stealing your cream.
Oh and have a good laugh at least once a day...yep that's right up there....too.

Wise words. I do have a good laugh here reading the comments, at least once a day. Gummsterisms always crack me up.

Christov, you're such a Trend-Bucker!

Mist...I've been waffling about impending FTT's here for a while...I know it's on the agenda for the U.S......well the Euro, as it turns out is implementing them. much to the disdain of the British.
Who will fall into line....?...the short putters day may arrive sooner than some think.
Glad you've done ok....just formula algorithms..? or dis you give them a tweak with that sharp brain of yours.
I think your Kiwi saver pro's would argue risk has something to do with your returns, as it's when you bet the house the tide turns.