'I want to ride my bicycle'; Getting a better deal on car insurance; Petrol discounts; Mechanical fitness; Car sharing 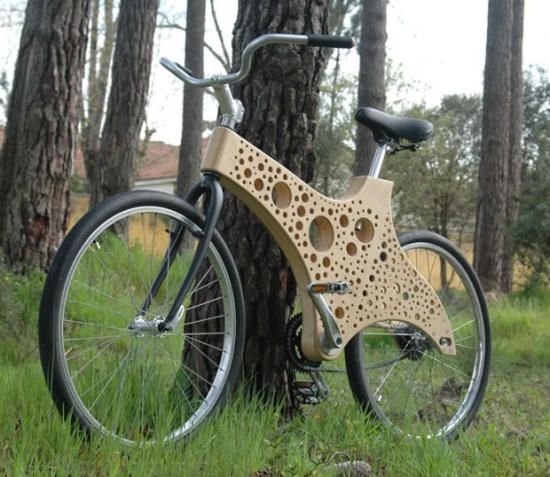 Well, spring has officially sprung. Two consecutive days of blue sky and sun, not a speck of rain, so I'm calling it and ignoring the weekend forecast for the usual dispiriting grey weather in Auckland.

In celebration of this euphoric change in seasons, I cracked out the bike this morning. Because my car is so fuel efficient, it actually costs me more to ride my bike as I have to ferry across two ways ($9.50 return). Regardless, I'm convinced there is better value in riding. For one, I arrive at work feeling 100 times happier than having sat in traffic for 45 frustrating minutes. Secondly, I can feel virtuous not having contributed to the smog and congestion. And thirdly, the increased blood flow does wonders for stimulating the creative juices. The bonus, is enjoying the fantastic views of the Harbour Bridge, Rangitoto and the city skyline from the top deck of a near empty ferry.

I've linked to this before but I'm repeating it for the sake of today's theme. Mr. Money Moustache's most read blog "What do you mean you don't have a bike?''

Here's also a review from the transportblog.co.nz of a new high tech payment system for rail and ferry transport use that is being trialled in Auckland.

And a reminder: A new study, reported recently by yahoofinance.com found that those who exercise regularly earn on average 9% more than their sedentary counterparts.

Cutting down on car use is one way to save money. Having a competitive insurance policy is plan is another. Consumer magazine, in its most recent report, offers some tips about how to get the best deal from your insurer.

If you're not a docket collecting fuel discounting fiend, you might want to consider grabbing yourself an AA Smartfuel card which gives you instant savings at the pump or the option to accumulate credits for a full tank of gas.

New Zealand motorists have earned more than $14 million in fuel discounts for the first six months of its fuel savings programme.

Having your car regularly serviced, checking the air pressures on your tyres, driving at the speed limit, shedding unnecessary cargo, and using the air conditioning sparingly, will also help to save on fuel.

Before you buy your next car, invest some time researching the market. You can also calculate the running costs of your car via  the Automobile Association. In its latest report, the AA  profiles a range of models (three years old) and their related costs including registrations, warranty of fitness, servicing and petrol based on an average use of 14,000 kilometres.

Car pooling and car sharing is another option growing in popularity worldwide. The latter is just starting to make inroads in New Zealand. CityHop.co.nz works on an annual membership basis charging $95 a year and an additional $65 for insurance for six months. You pay by the hour ($15) for use of a car when you need it thus avoiding the financial burden of car ownership. For car pooling prospects, check out nationalcarshare.co.nz's mating service.

One of my favourite Queen songs themed to today's Take Five.

..... best pop that bicycle away on the weekend , Amanda .... a massive weather bomb of lows is heading your way , bundled up and gifted to you , from Australia .....

Expect a weekend of strong winds and  driving rain ....

Don't be cruel Gummeeee. Ah well, just so long as the bomb doesn't explode before 6 pm. I'll be fine. Amanda joined the masses and bought a flatscreen that allows her to change channels without getting off the couch and adjusting rabbit ears. And actually I don't mind the rain if it's warm. Christchurch rain, well that's another matter.....

You enjoy your weekend with the joeys. They're all rugged up in those pouches. Way cute.

while quizzing the insurance lady regarding the cost of my car insurance she informed me that i lived in an area that they considered a high risk for car theft and that my bill accounted for that,

i tried to tell her that my car could get stolen anywhere but that didn't cut the mustard.

these parasites seem to have me by the short and curlies.

OK had to wait until my extremely elevated levels of smugness had settled down back to their normal state. Not only do I not even own a car, instead preferring to leg it or bike it, or occasionally use the train and ferry, and even sometimes the loser cruiser in moments of desperation, but I also use Goget (Oz equivalent of Cityhop) - the cost of which is offset by the $50/week I get for subletting our carpark *polishes halo*

I don't even know what the price of petrol is!

Not owing a car is the best investment I ever made. I hate sitting in traffic (technically no-one sits in traffic, you are traffic) and all that paperwork - insurance, rego, wof, claims, etc and then cleaning and servicing. Ugh, dull timewasting stuff.

But how do you get out to the party capital in Penrith?

LOL my map of Sydney is thus:- There is the CBD and some leafy suburbs around Elizabeth Bay to East and Bondi is at the bottom Southeast corner. South the city stops at Central train station, although we do sometimes catch a train to Sydney airport which is way out of town somewhere.

I live in Haymarket (Chinatown) which is Inner West. Glebe is Outer West, and out past there is a wasteland until you get to the Blue Mountains. To the North, ferries take you to some nice beaches, the last of which is Narrabeen.

What is this place you speak of - 'Penrith'?

Well I know it exists because I had to drive there last month.

In your map, you know the wasteland part to the west - well you drive that way through a scene from Mad Max and just keep going for a long time and there it is.

If you hit a place called Perth you went a bit far.

Somewhere near Bartertown then? I mean Paramatta

From Mr. Money Moustache's most read blog "What do you mean you don't have a bike?''

I was outside talking to one of my neighbors last week. We were making the usual small talk, discussing the beautiful weather we’ve had this spring, the minor hardships with keeping our lawns and gardens green in the absence of rain, and various other across-the-driveway filler chitchat

Aaaaaannnnnd this is why I'd rather kill myself than live in suburbia :-)

Just a quickie before lunch. If you are interested in buying a bike or spruicing up the current one - check out online shopping sites before you drop a load of cash at the local bike shop.

These guys are excellent http://www.chainreactioncycles.com/ they remove the VAT for overseas sales, it gets to your door free in about 2 weeks, and it's about 1/3 to 1/2 of the price at the bike shop.

Also a growing trend here in Oz is to stick a small go-pro video camera on your helmet - comes in handy when you are been in a accident with a car and the driver is trying to blame you...

Couple of local examples for comparison.

Yes, then when you need  to have the bike fitted to you, or have the bike serviced/repaired, hope that the local bike shop is still in business...

(Don't worry, I'm a big  hypocrite: all that pretty Italian bike stuff just a mouse click or two away.... :-)

Well luckily bikes are pretty easy to put together/repair/rebuild. The slightly embarassing bit is when you trot into the bike shop with a load of parts that you can't put together (cranksets, clusters etc that require specialist tools) and ask them to do it for you - you get glared at for obviously buying the parts elsewhere, but they need the workshop business.

However as a fellow bike enthusiast at here at The Real Bank pointed out - we've dropped more than enough notes off at bike shops over the years to keep them in business.

I liked the link on Portland and its bike culture. Almost everybody seems to ride fixies. The Pedalpalooza festival was on when I was last there, very cool. We are trying something similar in Rotorua next February.

Portland clearly doesn't have The Spit Hill, the ride down the stairs off the bridge, or the hill up to North Sydney. I'd need Lance Armstrongs doping skills to get up those on a fixie!