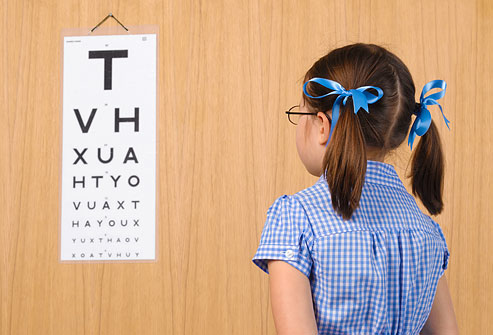 According to a new longitudinal study tracking the financial attitudes, behaviours and progress of young New Zealanders, most can't see the point of planning beyond four years at a time.

The study's sponsor (Westpac) and the researchers (with Massey University's Financial Education and Research Centre) said the findings were another blunt reminder of the work that needs to be done to raise financial literacy levels in this country, particularly with younger generations of New Zealanders.

As well as not seeing the importance of planning beyond a four year timeframe, two-thirds of survey respondents indicated they were not saving for the long-term. Further, slightly more than half had not given any thought to things like financial goals, spending habits and general money management.

A cause for alarm? You bet. Particularly if you believe the long-term forecasts about public pensions being drained by the time these young Kiwi (aged 18-22) stop working; a potential problem made worse by the erosion of other social safety nets caused by an ageing and ailing population expected to live longer than ever.

There is no doubt that a four-year financial window is a myopic one these days but it's hardly shocking this age group can't think beyond university graduation or the early years of employment that follow it.  People twice their age, many with financial acumen and wealth, are befuddled by retirement planning and continue to live pay cheque to pay cheque. Having just graduated from high school or left the nest, a four year time frame might be regarded as visionary by comparison.

The findings aren't altogether discouraging however because there was a broad recognition about the dangers of debt and the prudence of buying from savings instead of borrowing.

Also, there's been a 6% increase in KiwiSaver sign-ups among this age group in recent months, signalling financial foresight of some kind. Whether that's by compulsion or choice is more questionable given auto-enrolment into the plan.

As Simon Power, a former cabinet minister turned managing director of private wealth and insurance for Westpac, points out "we are making some headway, but clearly not enough, and not fast enough.''

So how do we improve outcomes for this age group when it's well known that you can lead the proverbial horse with very distinct limits?

Unfortunately there are no simple answers. Researchers of the above study are hoping to come up with some solutions by observing their subjects' financial progress, or lack their of, over 20 years. Participants in the study will be surveyed every five years.

Pushpa Wood, director of the Financial Education and Research Centre, said the findings are intended to serve as a "benchmark for how much information young New Zealanders currently have on personal financial matters and where they access this information from."

“We do need to have a better understanding of ‘trigger points’ for young people to seek this information,'' said Wood.

"Through this study we will be able to identify needs for financial knowledge at various life stages, find gaps in education programmes being offered and track the overall increase in financial literacy levels.”

To be sure, parents are no small influence in this educational food chain. Of the young New Zealanders interviewed by researchers, 66 % reported learning "everything about their finances" from their parents with 72% saying they looked to their parents as positive financial role models.

That so many young New Zealanders regard their parents in a financially favourable light is encouraging and yet in the absence of any concrete proof they are truly worthy of that respect (as measured by their own financial fitness), caution is warranted.

Perhaps we need to adopt more of an African style of learning where the village as a whole takes broader responsibility not just parents, banks or policy makers. The financial media has a part to play here as well.

To that end, here's a range of on-line personal finance courses on offer by The Fin-Ed Centre that are open to the public as well as those going through the certification programme there.

This year's Christmas present? It could well be the gift that keeps on giving.

Cor.  Little wonder that as a national group we've been spending more than we earn for decades then

And the cynic in me suspects what they are researching here is emotional maturity.

Of course, the next question is: what to do to change it, and to what extent? There's no doubt that we need more financial literacy and longer-term thinking/planning in this country. I will definitely be making these a big point for my little boy as he grows up. I hope it makes a difference.

All the best to everyone,

Yes I agree with JetLiner, educating our kids is absolutely key to this and yes JetLiner it will make a difference making these points to your boy, I'm already talking to my kids about these things.
Unfortunately generation X has grown up seeing their parents suffer (1987 sharemarket crash) and their attitudes to investment and taking risk have been clouded by this. They have also seen the rise and rise of property and have seen fixed interest (bank deposits included) outperform sharemarkets over many years.
As sure as night follows day these trends will at some stage reverse and potentially for very long periods.
My fear is that NZers may not be prepared to take enough risk over the next 20 or 30 years and their retirement lifestyle (and NZ's overall wealth) will suffer as a result.

Given the uncertainities the young face in the current economic environment a typical coping mechanism is detachment, quite rational really where you have a lack of control.
You have to change the enviroment they face...or conventional financial planning which is based on a different world of continued positive returns and continual income through a working life.
To secure a constant income through a work life  is an elusive goal in itself today, not entirely in your control, especially for those starting out.

'New Zealand scores 30 on this dimension and is a short-term oriented culture.Long-term orientation   The long term orientation dimension is closely related to the teachings of Confucius and can be interpreted as dealing with society’s search for virtue, the extent to which a society shows a pragmatic future-oriented perspective rather than a conventional historical short-term point of view.'
Find this important link in comment on Amanda.s post