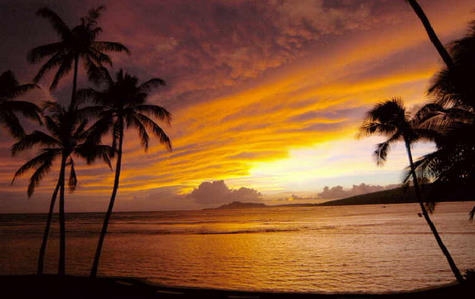 In my interviews over the years with successful entrepreneurs, artists and athletes, a common theme stands out. In pretty much every case I can recall (at least those that left a real impression) the pursuit of money was never a motivating factor.  Their passion or natural interest in their chosen field was always the driving force.

The 26-year-old writer behind the hit HBO series "Girls" (who incidentally just inked a US$3.5 million book deal) is a case in point. In this Salon magazine article, Lena Dunham is on the record as saying writing for money is a "weird plan.'' Her reasons for pursuing an occupation that for the vast majority pays peanuts? The glory.

Greg Ansley of the New Zealand Herald reports on the latest benefit exemption for Kiwis living in Australia. Julia Gillard's proposed national disability insurance scheme specifically excludes New Zealanders who arrived after 2001 and who don't have permanent residency status. A wake up call for the ten of thousands of New Zealanders working and living in Australia who don't have insurances in place for injury, health care or income protection.

I thought I'd check up on Mr. Money Moustache as I've neglected him for awhile. Turns out he's in Hawaii where he is enjoying a free vacation in exchange for helping a reader do some home renos. In his latest blog he chronicles how, what many billed as an impossible dream (maybe even a nightmare) became a very cool - and affordable reality - for a deserving family. See also Mr. Money's Moustache's blog on how he too has caught the property bug.  If real estate was as cheap here as it is where he's living, I'd been property stricken too.

4) The pensions and equities divorce

The Economist reports on the move by pension funds away from equities and into bonds. A major shift afoot.

Figures from the Pension Protection Fund, an industry insurance scheme, show that British defined-benefit (or final-salary) schemes had 43.2% of their portfolios in bonds and just 38.5% in equities. As recently as 2007, the funds had an equity weighting that was double the size of their bond holdings (see chart).

In part this is down to the disappointing performance of equities since the dotcom bubble burst in 2000. But regulators have also encouraged funds to buy bonds, because pensions are a debt-like liability. In accounting terms, future pension liabilities are discounted using a corporate bond yield so that a higher bond weighting reduces the volatility of a scheme’s funding ratio. In addition, as final-salary schemes have closed to new members, they have become more “mature”; their membership has increasingly been dominated by retirees rather than current workers. This too has encouraged a higher bond allocation.

One of the things that has kept me from running back to Canada (apart from green lip muscles and Golden Bay) is the outstanding pinot noir. I jokingly said aloud that I should write a Take Five detailing the best deals in pinots. My colleague Craig Simpson, whose wine palate is far more sophisticated than my own, indulged me with his top five value for money picks.

They are as follows:

The Ned currently $25.99 at Countdown

And Craig's top 5 not so value for money

Before I get pummelled by readers and vineyard owners I should hasten to add that my "not so value for money list" is purely based on price rather than quality.

Not the cheapest but it is sensational.

Needs some aging but good even now.

Ralph - Thanks for the link to blackmarket.co.nz, I will certainly give them a try, especially with free freight on some wines.

I think it was one of the roman phliosophers who suggested to truly seek ones own glory by definition excludes one from receiving it.

That is the most outstanding video I have watched this week.  Finally a reason to go back to yoga.

Haha. Yoga for wine lovers too, we are an inclusive bunch Ralph.:)

I can't imagine how many bottles will get broken before I finally master the routine.

its been a tough year at the office again this year ,looks like another six pack of HOLLANDIA qaulity beer coming up.

What about this lovely Otago Pinot at only $15 a bottle (6 bottle case).

A solid 4 stars on my palate with depth but not quite the extra sparkle of the more expensive Otago Pinots.

Sounds divine: "Aromas of dark plums mingle with dried thyme and cocoa. Nuances of cinnamon and cardamom bring a savoury complexity and intrigue to the bouquet. Silky and fragrant on the palate with aromas of black stone fruit and baking spices. This is a classic Central Otago Pinot Noir from an excellent vintage ready to be enjoyed."

I've had these two (although the Rockburn was 2010) and they are both offer a bit extra if you're entertaining.  The 2009 Seresin would be my pick if you're drinking it now. They are a Marlborough based organic vineyard so it's a bit more floral than the Otago ones but it has great depth and character.

How about a Russian Imperial Stout, description from the BJCP guidelines:  Rich, deep, complex and frequently quite intense, with variable amounts of roasted malt/grains, maltiness, fruity esters, hop bitterness and flavor, and alcohol. Medium to aggressively high bitterness. Medium-low to high hop flavor (any variety). Moderate to aggressively high roasted malt/grain flavors can suggest bittersweet or unsweetened chocolate, cocoa, and/or strong coffee. A slightly burnt grain, burnt currant or tarry character may be evident. Fruity esters may be low to intense, and can take on a dark fruit character (raisins, plums, or prunes). Malt backbone can be balanced and supportive to rich and barleywine-like, and may optionally show some supporting caramel, bready or toasty flavors. Alcohol strength should be evident, but not hot, sharp, or solventy. No diacetyl. The palate and finish can vary from relatively dry to moderately sweet, usually with some lingering roastiness, hop bitterness and warming character. The balance and intensity of flavors can be affected by aging, with some flavors becoming more subdued over time and some aged, vinous or port-like qualities developing.

Can be wine strength and I make it myself for about 2$ per bottle, trouble it it needs to be aged just like a good red. There are plenty of other options in the realms of beer also, like a Barley Wine or some of the Belgian beers :-)

I used to be a Pinot drinker but that was back when I thought the Barossa Valley was where Germany invaded Russia in WW2.

Now I know differently and have come to appreciate the exceptional Shiraz from the region, I can't go back. Plus pinot's are always more expensive than any other varietal - it's almost nigh on impossible to get a drinkable one for less than $30. So given that this is a financial blog it may pay dividends in the future to adjust your palate to the richer, darker, leather and cigars, wet forest, blackberry,choclately taste of Shiraz. Mmmmm Shiraz...

SGV, my little bro is in Adelaide and uses Grays on-line auction to try and source some bargains.

Thanks Craig. There are a few good online wine sellers in Oz and of course you can order online directly from pretty well every vineyard these days.

I thought one ofthe reasons you would choose to live in Adelaide is because you can drive to the BV every weekend and get good deals buying direct. Online buying is for people who don't live in Adelaide, surely?

I think little bro uses the on-line because it is cheaper than getting in the car and driving up there every weekend to stock up. Mind you he is building a mansion near Roseworthy so it will be even closer than his current abode in Hallet Cove.

Good for wallpaper stripping and covering up those ugly stains nothing else will remove.

Your shiraz description seems to be hinting toward single malt whiskey.

well that's actually a fair point Ralph - maybe I like Shiraz because of it's similarity to certain Islay single malts...

This is my favorite BV winery http://pindarie.com.au/. The Black Hinge Reserve Shiraz is just divine.