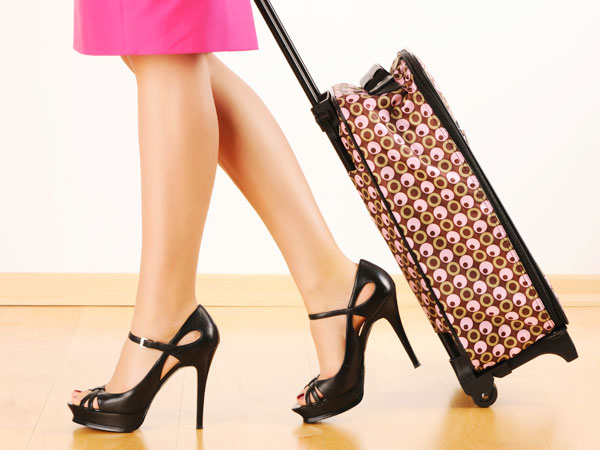 Having my entire family living at the opposite end of the planet, travel has become a permanent part of my future. It's not a bad thing necessarily. I love travelling and living on opposite hemispheres means I can find summer in winter and vice versa should la famille decide to trek all the way to NZ to escape -25 C winters in Western Canada. The obvious problem is money of course. The airfare doesn't come cheap when you're travelling all that way.

To offset the costs of the next big reunion, I am contemplating a sublet scenario. I'm not sure my landlord will approve but he's a pretty open minded fellow and on board with this sharing economy concept, sometimes known as collaborative consumption. A sharing economy is one where we make better use of what we have through technology assisted exchanges and swaps so we're not contributing to a demand for space and product beyond what we already have.

The following video interview published by Forbes explains how one chap was able to finance his big OE by letting out his house through a popular outfit called Airbnb.com.

This Christmas, for the first time ever, I had occasion to make a travel insurance claim. Two days into a tropical trip, one of my kids sliced his foot open on some coral and the resulting wound became infected. A simple trip to the GP was US$155. The antibiotic he was prescribed was pretty cheap, US$10, I believe. Another first, I didn't print off all the relevant insurance papers I needed. Normally they're texted to me with links but somehow they weren't sent, a fact that escaped my attention until it was too late.

To cut a long story short, I spent several hours on the Internet confirming that I had actually purchased the insurance by tracking down bank records and then googling phone numbers and trying to place long distance calls from our rented holiday unit. The terse conversation I had with someone at the insurance bureau left me thinking I'd have been better off staying home for the holidays but eventually it was sorted. I'm still waiting for the reimbursement and half suspect there will be more headaches along the way.

Another reminder to pay close attention to the nature of the contract you are entering, understand what the deductible is, know how far your coverage will extend and keep all the documentation on hand. You may recall a story I did late last year reporting on travel insurance claims denials being the number one source of complaints dealt with by our new dispute resolution boards in New Zealand. See also this New York Times piece by Seth Kugel on the necessary evil that is travel insurance and why you want to get it right from day one.

How much is enough to retire on comfortably and why do the mega rich continue to work even when they have enough in the bank to last them three lifetimes? It's a personal number and a personal choice that hinges largely on lifestyle choice and goals. Forbes Money writer Larissa Faw looks at the dichotomy in thinking between Millenials and their parents when it comes to work ethics and long term outlooks.

Renewed concerns are being raised about the savings gap between men and women. The New Zealand Herald, drawing on a submission to Government on retirement savings deficiencies, reports that women on average are saving 30% less than their male counterparts. The usual reasons are cited; pay disparity, absences from the workforce due to child rearing and overall lower contribution rates. Sources quoted say women regardless of their situation should ensure they pay a minimum of $1,043 into their accounts to get the benefit of the $521 a year Government tax credit. Good advice.

One way to pad your nestegg, whether it's KiwiSaver or another managed fund, is by choosing one with a lower investment fee - sometimes known as total expense ratio (TER). Of course, a low fee fund doesn't guarantee great returns necessarily so there are other considerations to weigh up when evaluating your funds overall value and performance however there is no doubt that high fees, over time, will rob you of your hard earned savings.

Here, compliments of Monevator, is a few scenarios to show the various effects of total expense ratios depending on the figure.

Re gender issues.  My eyes have been opened as I never thought it much of an issue - I have long had extensive contact with Police & Fire Services.  Recently I have had access to the working day of a Registered Nurse.  The contrast in conditions are extreme to say the least  - no way in the wide wrold would the male dominated fire and police service personnel put up with the conditions our Nurses operate under.  To add insult to injury, a nurse must complete a three year degree - Police and Fire Service - zilch.

Underlying "How much is enough" seems to be the assumption the purpose of work is to provide for retirement.

What about the joy of work?

Dunno, what about them?

Even if you're going to die young that isn't a great reason not to enjoy work.  Come to think of it, because you generally have no prior knowledge that you will die young, to have wasted your time in work you didn't like for the sole purpose of enjoying a retirement you didn't get doesn't make much sense either.