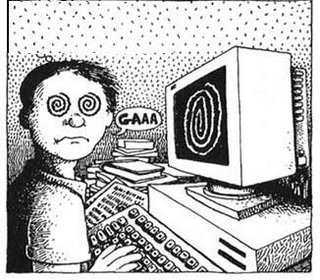 1) Living beyond your means

I think most of us know intuitively when we are living beyond our means it's just some of us are better than others at ignoring reality or concealing the financial facts. Should there be any confusion, Yahoo Finance reviews some obvious signs that it's time to rein it in and start living within your means. Outstanding credit card balances, saving less than 10% of your income, anaemic or non existent emergency funds, mortgage payments exceeding weekly income... You get the gist.

Mama (or papa) don't let your kid grow up to be a writer.

That's the message from an unlikely source, the highly acclaimed American novelist Philip Roth. Roth has set off a firestorm in literary circles after offering an aspiring writer some brutally discouraging advice; in sum to give up before it was too late and pursue a less torturous occupation.

Best selling writer Elizabeth Gilbert of the "Eat, Pray, Love" fame, after hearing of Roth's rather miserable characterisation of the profession, launched a passionate defence of writing trumpeting that it as a "f-g great job" despite the fact that the vast majority of writers lead a subsistence existence. I've had my Roth and Gilbert moments but would suggest for those who find their voice and experience more pleasure than pain from word play then it's at best a calling, at worst a cool hobby.

A slight departure from the usual personal finance fodder but a good read here from The New Yorker. Thank you to a very special friend switching me back onto the New Yorker.

Another good reminder it isn't just about the money. Forbes Money looks at 40 essential things you should say before you die and why they have incredible value in a non numerical way. If the words don't resonate, the diagrams ought to. This one's for you StanGoodVibes.

It's the dawn of a new employment era brought in part by economic changes happening out there and also by a growing recognition that the standard 9-5 routines, lifestyles and conventional career paths that we've been sold on are a matter of choice these days, not force. For those of you headed down the path of self-employment, Guardian Money offers three key tips to steady your financial foothold.

A healthy mindset is a crucial part of personal finance. Why? Because your attitude determines your behaviour and your behaviour drives outcomes. Here, via Freefrombroke, are four self-defeating attitudes you'll want to avoid.

#3 Cheers Amanda. We must have been on the same wavelength over the weekend because I was reflecting a little on this (http://www.guardian.co.uk/lifeandstyle/2012/feb/01/top-five-regrets-of-the-dying) over the weekend.

To summarize for those can't get to the link:-

A palliative nurse shares the top 5 deathbed wishes she has heard from her patients over the last 5 years. They are:-

p.s. My favorites from your link are:-

Moments of danger are the plot points of an exciting life.

More important than being right, or being important, is being truly aware.

It has been my observation that many people are as happy as they let themselves be.

A interesting idea that happiest comes from within and not from without.  As a good friend puts it, "The hurt hurt and whole heal".

tsk tsk tsk... So what does Stan Spruiker do on his weekends...

If you are referring to me, well, this weekend I invented a new cocktail (a cross between a Negroski and a Raultini - 1 part Aperol, 1 part vodka, 1 part Noilly Prat, pour over ice). It's called a 'Negreeny' because my surname is 'Green'. Obviously :-)

Then on Saturday I went dancing until 5am at a little club up the road (thanks once again Judge Jules, Sean Tyas, and of course the worlds greatest inventor - Anton Kollisch). Some might question my enjoyment of clubbing etc at my age, but if so I'd just refer them back to point 1 above.

"IF! I didn't have to worry about tomorrow then yes I too might look backwards and wished the world was a different place."

No-one said anything about wishing the world was a different place. I mean we'd all love a world without One Direction, but to understand the meaning of 'the end of suffering' we first have to suffer, so I guess they server some purpose.

What is worse than looking forward...

No-one is looking forward - these are deathbed wishes. Hence the looking back. And I don't think that the wishes reflect a comparison with others - moreso decisions made that in the benefit of hindsight could of been made better.

Doesn't a little alarm bell go off when you read "deathbed wishes"?

Not at all. Someone in the bible said it was better to think about death than life (help me out Ralph) and just recently I read something from the Dalai Lama that pondering death is part of a happy life. I find it interesting to read what others think when their attention is highly tuned to the present moment.

"Dalai Lama? The homeless guy that kicks back travelling around the world while his country is owned by the Chinese"

The "end of suffering" you quote is BS

Really? I can think of hundreds of millions of Buddhists who might disagree with you on that one.

I bet it makes you feel better that there's reason for it, meaning behind, or part of someone elses' grand plan

Actually, no. Humans are so stupid/annoying that there were times when I just wanted to just top myself to get away from it all, but I've since reconciled those feelings with the realisation that it's just human instinct to f**k things up, all the time. It was ever thus, it will forever be so. Best to just cultivate a sense of humour about the world and not expect anything to really change.

The only real change you can affect is within yourself.

A more sensible "deathbed wish" would have been to know earlier when one was to die, then one could live accordingly

I'd question the sensibility of wishing for something you never had any way of knowing. But I'm surprised that "I wish I had taken better care of my health" wasn't in the top 5. Maybe those making the wishes hadn't thought through the consequences of working too hard, not being happy etc and failed to realise that knocking years off your life is a side-effect.

Like the sounds of those cocktails SGV. And what's wrong with clubbing in mid life? Absolutely nothing.
When I can't get out,  my lounge serves as my dance floor. The kids cringe but I reckon my moves are better than Elaine's from Seinfeld.
If it makes you happy, it's working. Too many miserable people in the world. Why be one of them when you can choose another state. Power of the mind.
You might find this interesting.
http://yogadork.com/news/yoga-class-playlists-are-the-new-mtv/

Excercise with music is the way ahead. It was always going to happen to yoga sooner or later.

I saw this last year but have yet to make it along...
http://www.futuresoundofyoga.com/Sydney_Dates.html

Living within your means? Even more sensible to live within your needs. Suze Orman makes a lot of sense once you get past the hype